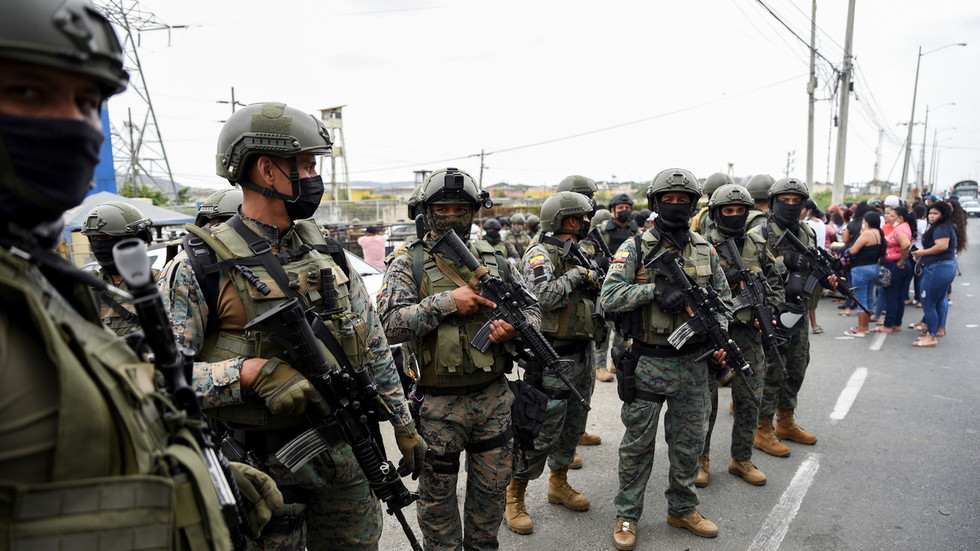 Ecuador’s President Guillermo Lasso has declared a state of emergency and ordered the armed forces to join law enforcement operations on the streets as the country struggles to combat escalating drug-related violence.
“Starting immediately, our armed forces and police will be felt with force in the streets because we are decreeing a state of emergency throughout the national territory,” Lasso said in a televised speech on Monday.

The right-wing leader said that drug trafficking was the only enemy on the streets and claimed that “in recent years Ecuador has gone from being a drug trafficking country to one that also consumes drugs.” He added that “when drug trafficking grows so do assassinations and homicides, robberies of homes, vehicles, goods and people.”

During the 60-day state of emergency, the military will join drug- and arms-confiscation operations in nine of the country’s 24 provinces. The police will increase their patrols in the rest of the country, but the military won’t be involved, Lasso said.

The president also said that a new entity would be created to defend officers prosecuted for “simply doing their duty,” and added that he would support legislative changes that may help law enforcement carry out their operations.

“This government will pardon all those who have been unjustly convicted for doing their job,” Lasso stated, adding that judges would be asked to “guarantee peace and order, not impunity and crime.”

Singling out Guayas province, the president said that more than 70% of the deaths recorded there are “in some way” related to drug trafficking. In September, the Penitenciaria del Litoral in Guayas experienced the deadliest outbreak of prison violence in the country’s history, with at least 119 inmates killed and dozens more injured.

Ecuador’s prisons have become a battleground for powerful Mexican cartels, with some 200 people dying in the spates of violence this year.