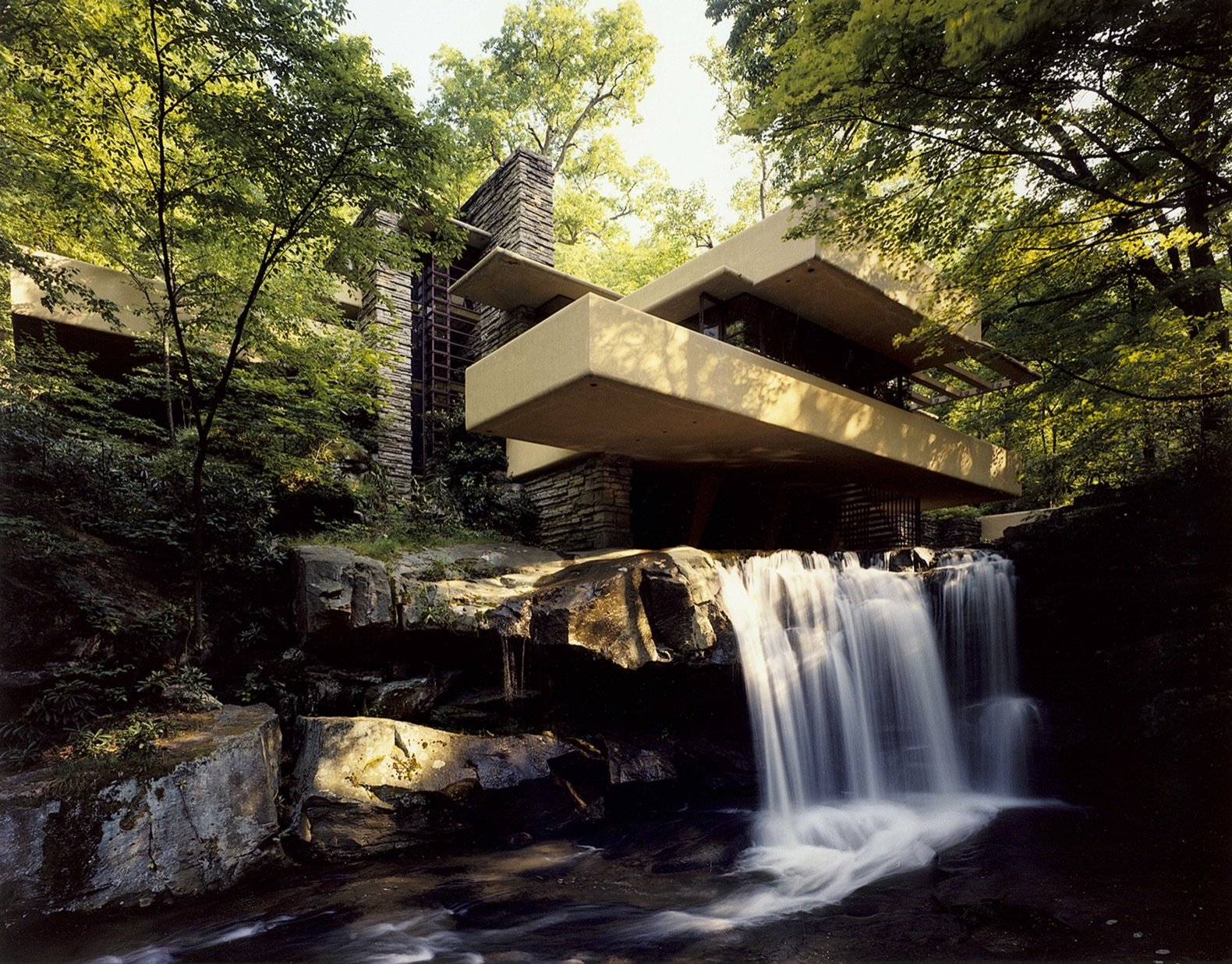 Eight exceptional Frank Lloyd Wright projects have officially made it onto the UNESCO World Heritage List-the first modern architecture designation of its kind in the U.S.

Today, the World Heritage Committee has officially recognized the legacy of Frank Lloyd Wright for its outstanding value to humanity. Eight Wright-designed buildings across America have been inscribed to the UNESCO World Heritage List and join over 1,000 World Heritage sites, only 24 of which are in the U.S.

Widely considered the greatest American architect of the 20th century, Wright created more than a thousand designs and saw more than half of them realized from the 1880s to the 1950s. The eight sites inscribed to the World Heritage List include Unity Temple in Oak Park, IL (1909); the Frederick C. Robie House in Chicago, IL (1910); Taliesin in Spring Green, WI (begun 1911); Hollyhock House in Los Angeles, CA (1921); Fallingwater in Mill Run, PA (1939); the Herbert and Katherine Jacobs House in Madison, WI (1937); Taliesin West in Scottsdale, AZ (begun 1938); and the Solomon R. Guggenheim Museum in New York, NY (1959). 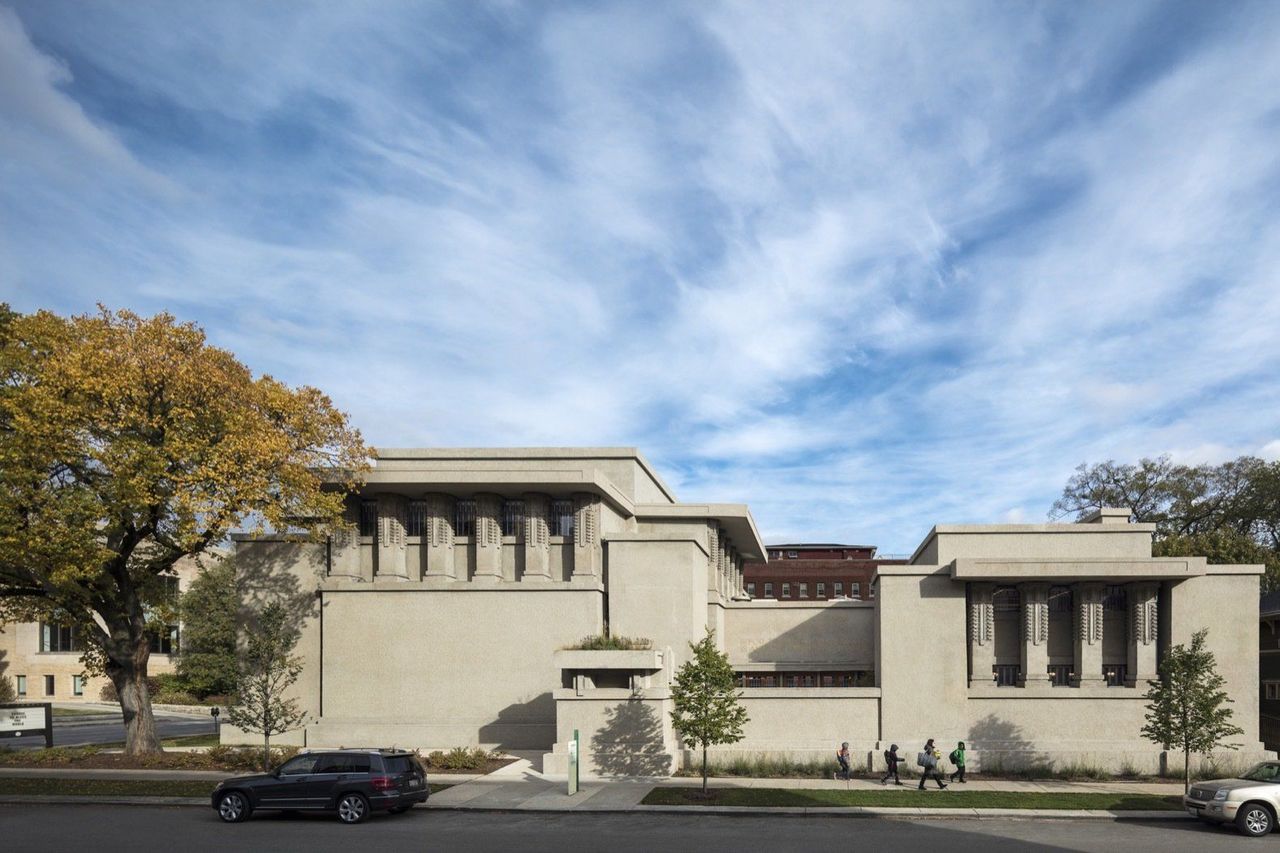 Considered Wright’s greatest public building in his Chicago years, the Oak Park Unity Temple (constructed 1906-1909) is a massive structure built entirely of reinforced concrete, which he deliberately left exposed in accordance with the architect’s philosophy of organic architecture.

"There are eight sites that have been recognized as part of the World Heritage List, not because they’re the best of Frank Lloyd Wright’s work but because collectively they represent the sum of that Outstanding Universal Value that UNESCO’s recognizing as his contributions to global culture," explains Stuart Graff, president and CEO of the Frank Lloyd Wright Foundation. 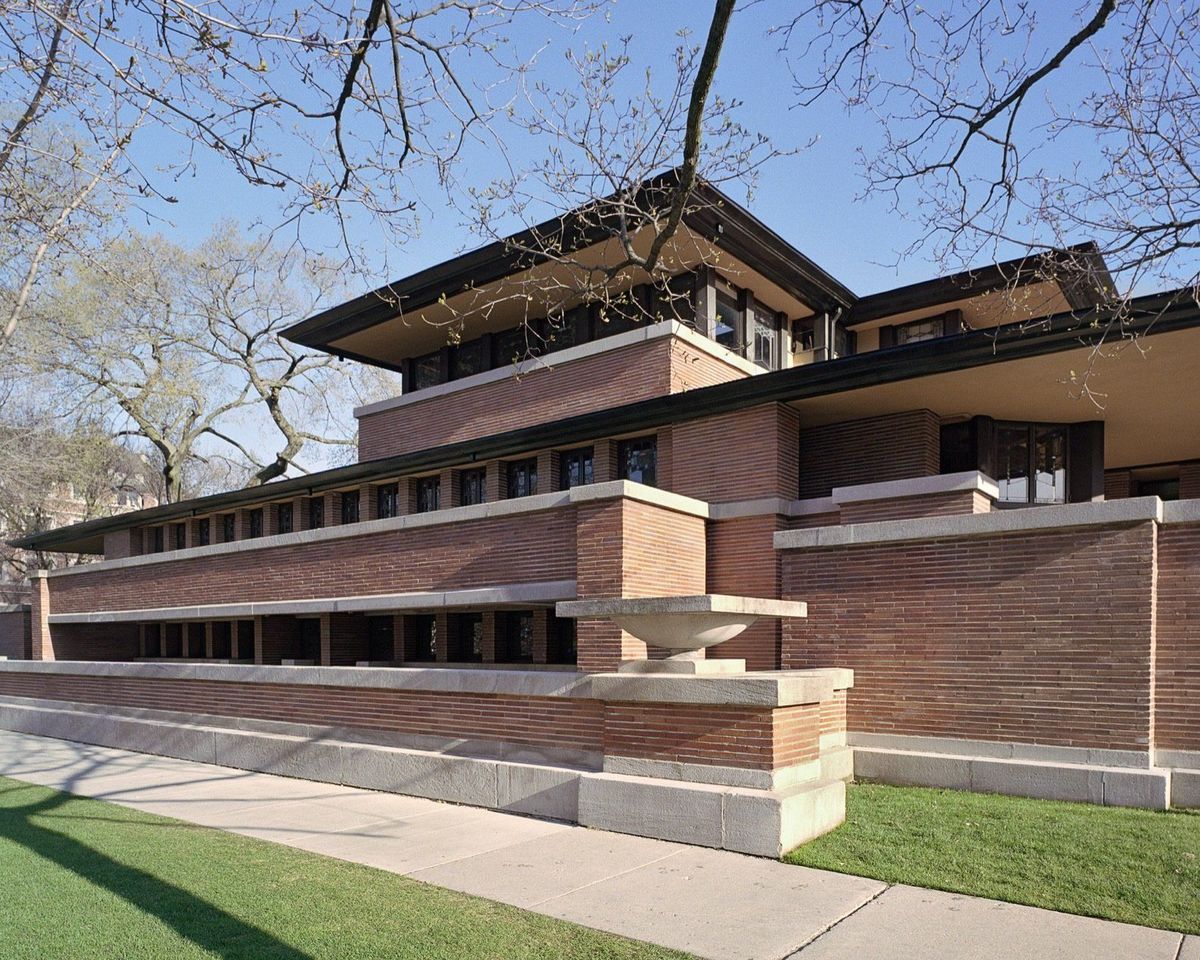 Inspired by the great plains of the midwest, the Frederick C. Robie House in Chicago (constructed 1910) is renowned as the the greatest example of the Prairie School architectural style and the most famous of Wright’s Prairie Houses.

Critical to the success of the Wright nomination was proving Wright’s lasting influence in global architecture and design and demonstrating how his work offers universal appeal on par with important cultural sites such as the Taj Mahal in India and the Pyramids of Giza in Egypt. 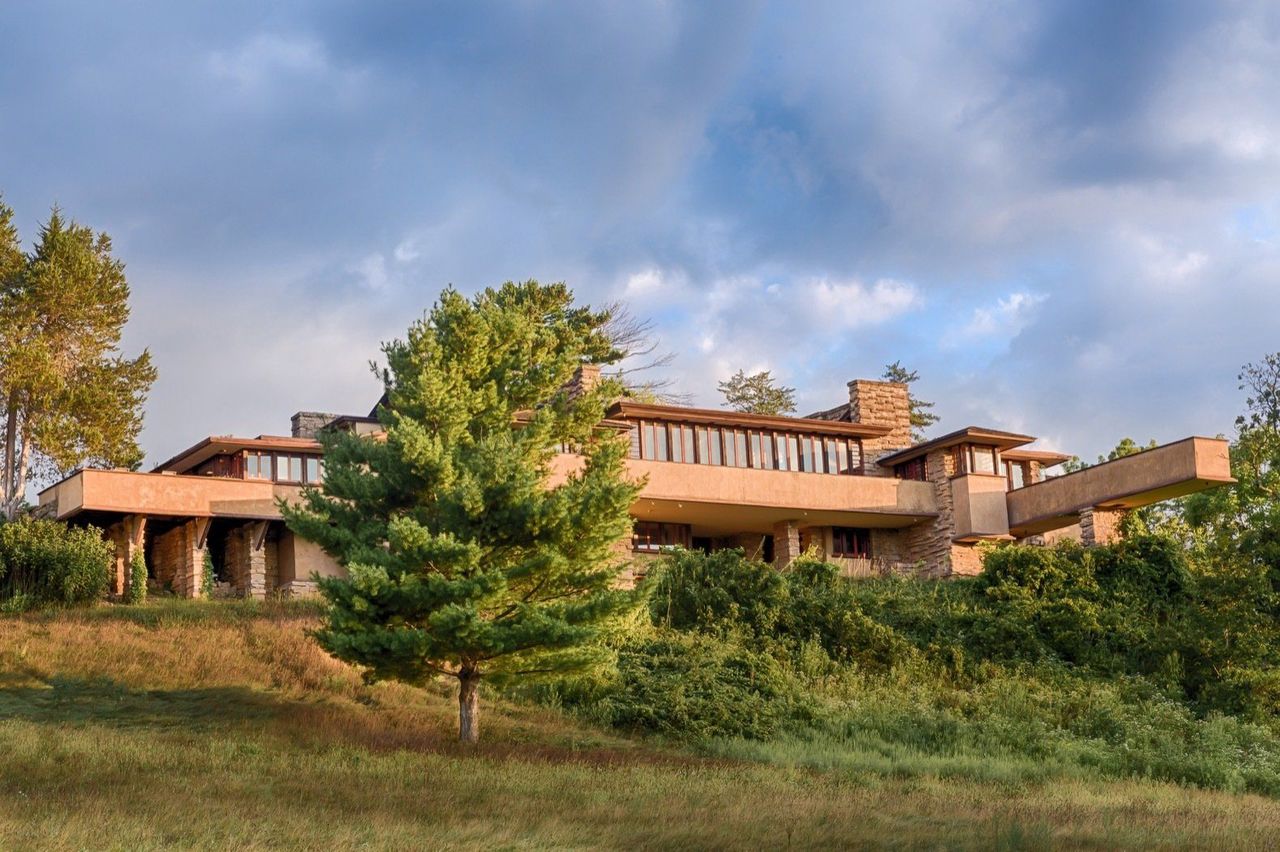 Taliesin-a Welsh name that means "shining brow"-is Wright’s home, studio, school, and 800-acre agricultural estate located in Spring Green, Wisconsin on land that originally belonged to his maternal family. In addition to the residence, there are four more Wright-designed buildings on the estate.

"What we’re seeing in the World Heritage inscription is the recognition that Frank Lloyd Wright wasn’t just an American architect but he’s really America’s first great cultural export," notes Graff. "He took these great American values, like freedom, democracy, self expression and self invention and he changed so many things about the way we build and live. His work really influenced the whole course of modern architecture from the European masters like Corbusier-whose work is also inscribed in the UNESCO World Heritage List-but also work in Latin America, in Asia, and Australia." 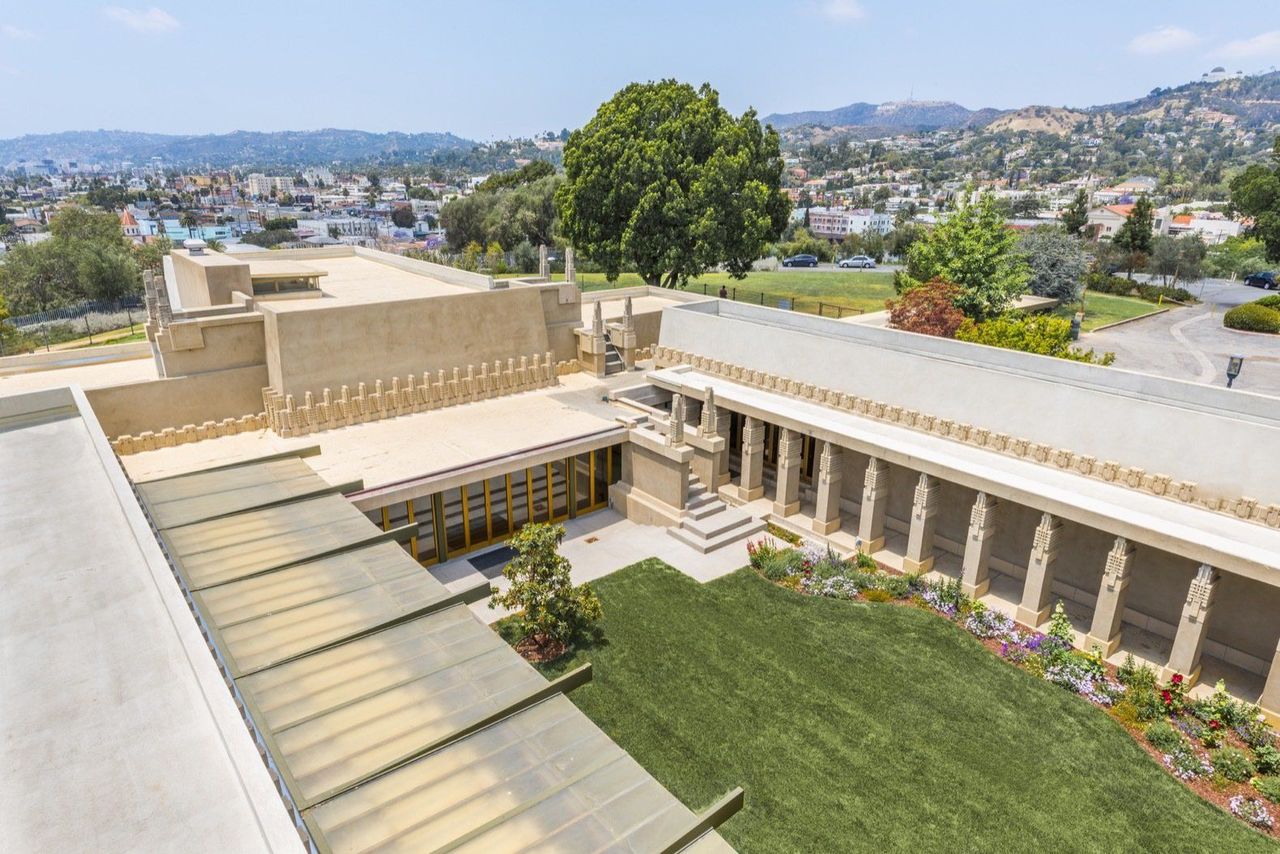 Created as the centerpiece of LA’s Barnsdall Art Park, the Hollyhock House (constructed 1918-1921) served as the personal residence for oil heiress Aline Barnsdall, who wanted her favorite flower, the hollyhock, incorporated into the home’s design. Although the Hollyhock House was completed just eleven years after the Robie House, the building is strikingly different from his Prairie School Style from the previous decade.

Of the many works Wright completed worldwide, about 20 percent of his buildings have been lost due to demolition, neglect, and natural disasters, says Barbara Gordon, executive director of the Frank Lloyd Wright Building Conservancy. "There are nearly 400 remaining structures designed by Wright. Our hope is that the inscription of these eight major works also brings awareness to the importance of preserving all of his buildings as a vital part of our artistic, cultural and architectural heritage. All communities where a Wright building stands should appreciate what they have and share in the responsibility to protect their local-and world-heritage." 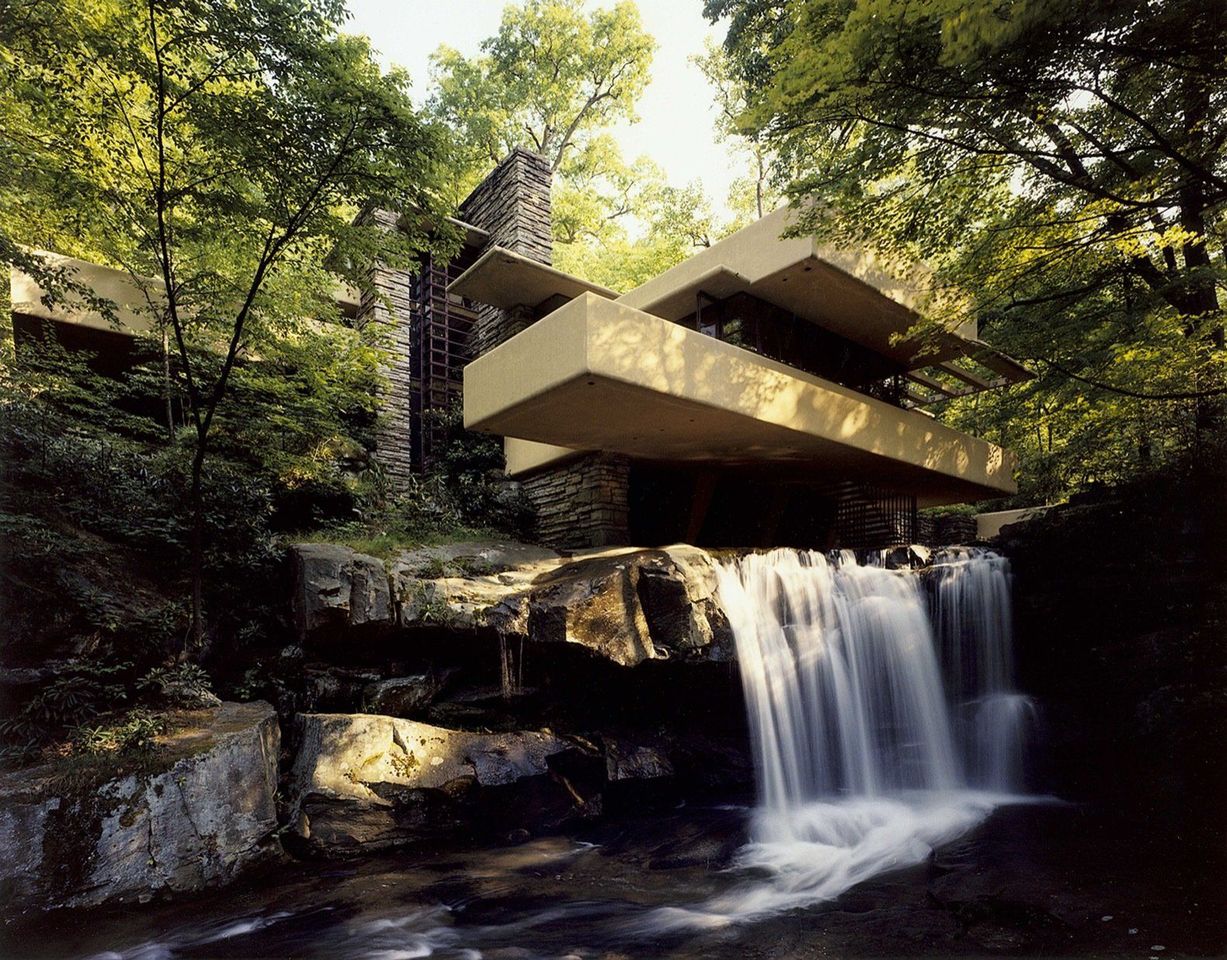 Built partly over a waterfall in southwestern Pennsylvania, Fallingwater (constructed 1936-1939) is considered one of Wright’s greatest masterpieces. The building is a National Historic Landmark and has welcomed over five million visitors since the site was opened to the public in 1964. 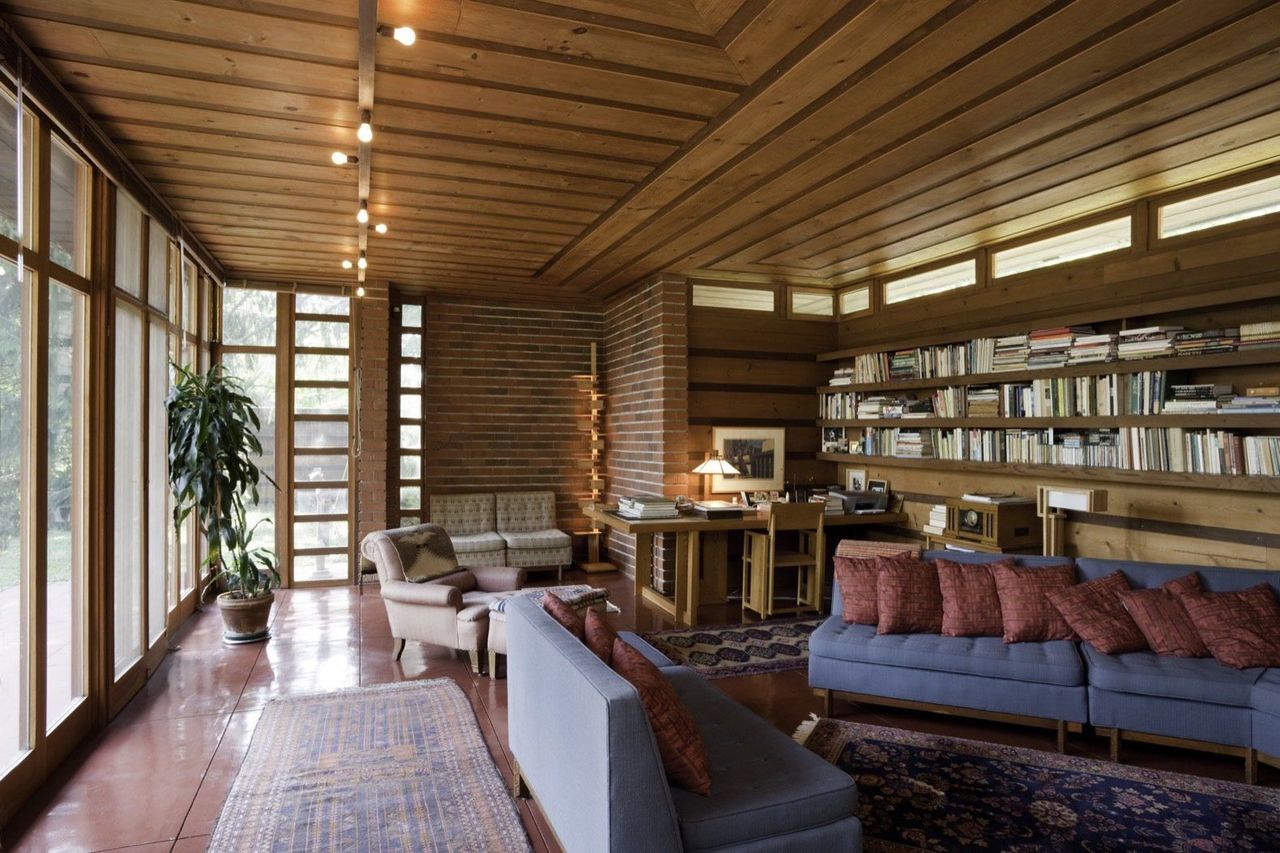 Considered the first Usonian prototype, the Jacobs House (or Jacobs I) in Madison, WI (constructed 1936-1937) was built for just $5,000 in its day and was the model for affordable, middle-class housing in mid-century America.

"The World Heritage List is considered the gold standard for places worth visiting," adds Gordon, who says the Conservancy is prepared for the uptick in visitors to the eight inscribed Wright sites. She also notes that the World Heritage Listing is primarily honorary and does not offer any legal protections or regulations beyond what exists at the federal, state, and local level. 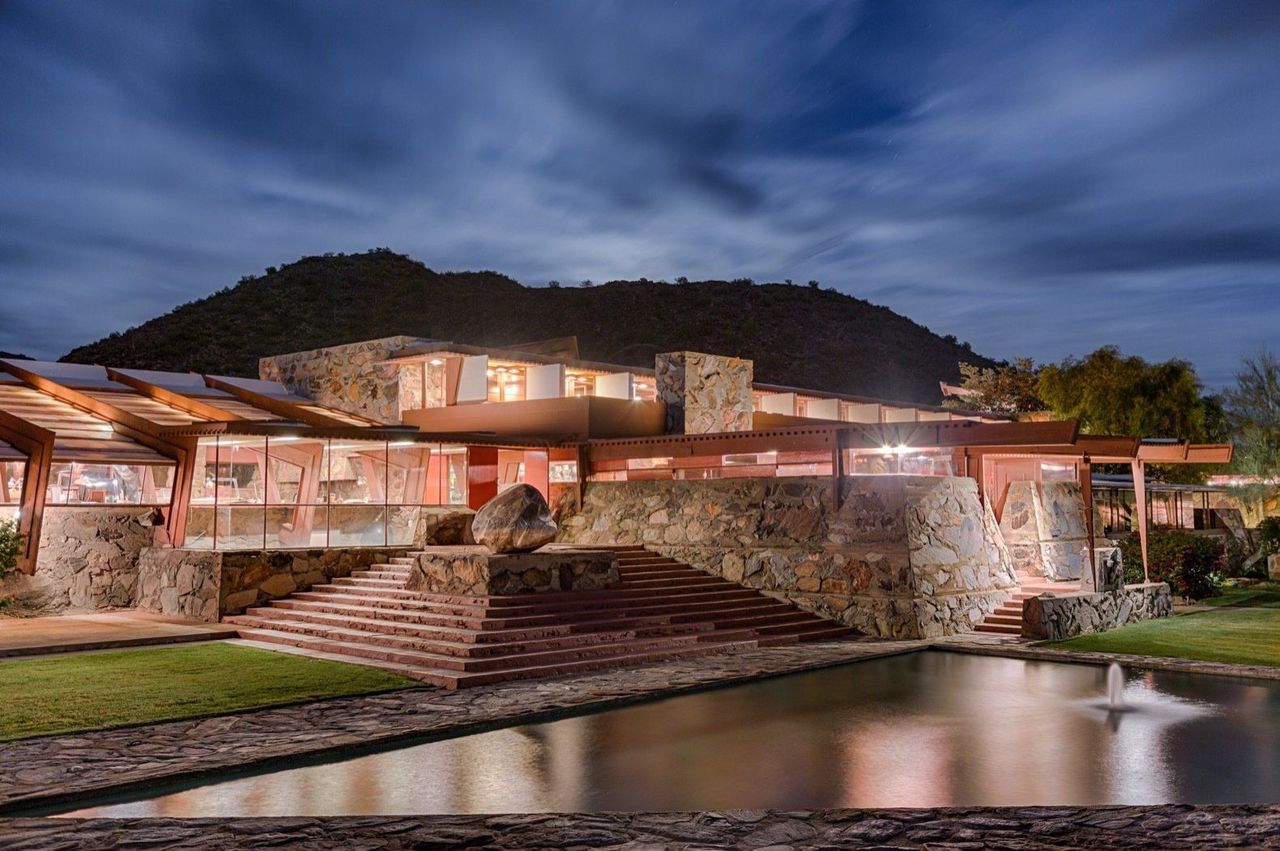 Taliesin West was Wright’s winter home and "desert laboratory" in Scottsdale, Arizona from 1937 until his death in 1959. The complex is the headquarters of the Frank Lloyd Wright Foundation.

"We’re really excited that this inscription calls attention to the work of Frank Lloyd Wright not only with these eight buildings but all over the country and indeed all over the world so that people will begin to understand just how important this work was and remains today," says Graff. 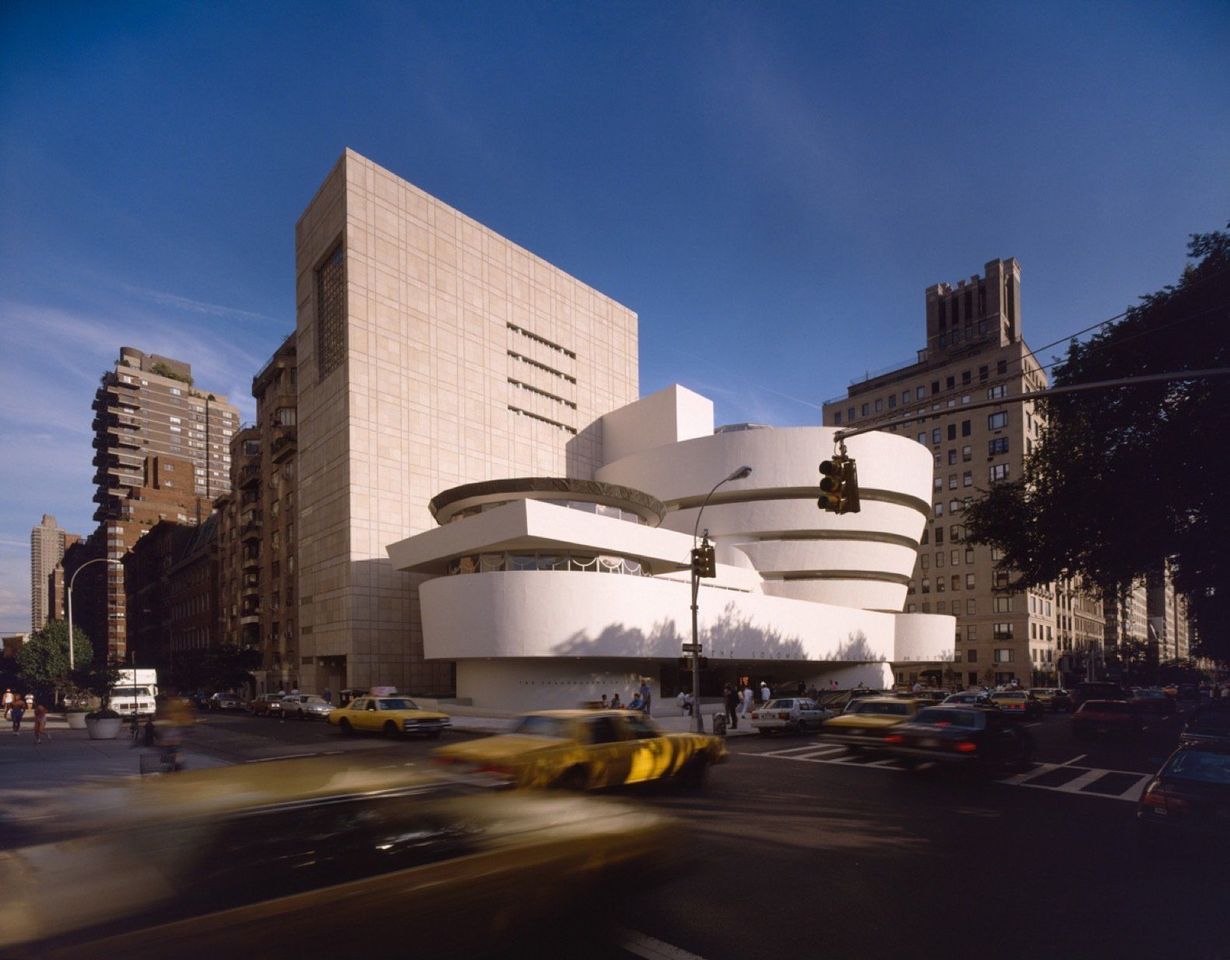 Completed in 1959, the Solomon R. Guggenheim Museum (constructed 1956-1959) is an architectural icon that stands in stark contrast to its rectangular Manhattan neighbors with its curved surfaces. Wright famously said the museum would make the nearby Metropolitan Museum of Art "look like a Protestant barn."

"It means that people visiting will now have an appreciation for just how much the work of this American architect in the first half of the 20th century managed to influence everything from the way we live, about the way we build around the design of homes and offices, and how it’s all connected to the world around us, to the landscapes, to our lives, to urban plans. By calling attention to the way that Wright contributed to human culture what we’re really getting is this understanding just how important and relevant this work is today, how it’s going to make a more sustainable world if we pay attention to the ideas of this great American architect."