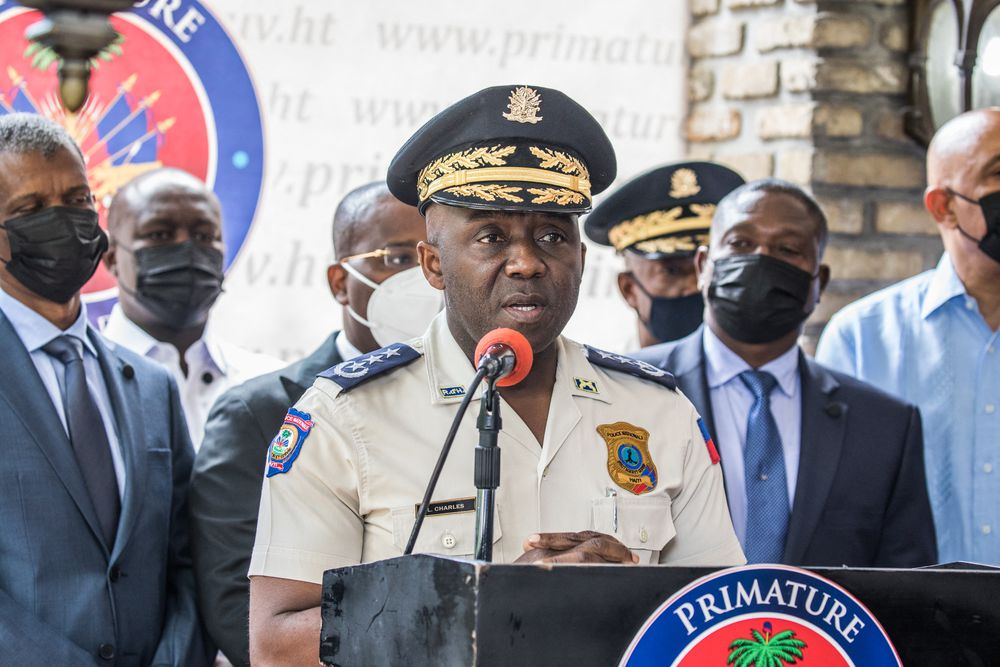 A former Haitian official gave the direct order to kill Jovenel Moise, according to Colombian police

Colombian police on Friday identified a former Haitian official, Joseph Felix Badio, as directly responsible for ordering two Colombian mercenaries to kill Haitian President Jovenel Moise, when the initial plan was to capture him.
Badio had met with both former military personnel to tell them that his mission was to arrest Moise, but apparently three days before the alleged capture operation he told them that "what they have to do is assassinate the president of Haiti," said General Jorge Luis Vargas, the Colombian police chief who cooperates closely in the investigation of the assassination.

Badio is a "former official of the Haitian Ministry of Justice" who also worked in the fight against corruption with the island's intelligence service, the official added in a statement to the press.

According to Vargas, the suspect instructed Duberney Capador and Germán Rivera - the first killed and the second under arrest - to assassinate the president on July 7 during the assault on his residence in Port-au-Prince.

However, the investigation has not yet determined whether Badio acted under orders and the reasons why it was decided to kill the Haitian leader, when according to the Colombian police the mercenary command had been hired with the mission of detaining Moise and supposedly turning him over to US drug agency DEA.

Last Tuesday, the Haitian police activated a search warrant against Badio for his alleged participation in the plot, describing him as a “dangerous and armed” subject, according to the notice posted on Twitter.

Some 26 Colombians and two Haitian Americans participated in the attack against Moise - in which his wife Martine was also seriously injured.

According to General Vargas, former military personnel Duberney Capador and Germán Rivera coordinated the operation that led to the murder of Moise. Both traveled between April and May to the Dominican Republic and from there they went to Haitian territory.

At least 21 people, including 18 Colombians and three Haitians (2 Haitian Americans), have been arrested for their alleged relationship with the assassination that, according to police investigations, was carried out in the first country. Along with Capador, two other Colombians were killed by Haitian forces.

As a result of the tricky results of the investigation, the Colombian government believes that some of the ex-military hired as mercenaries by the Miami-based company CTU Security were deceived and that only a few knew of the plan to assassinate Moise.