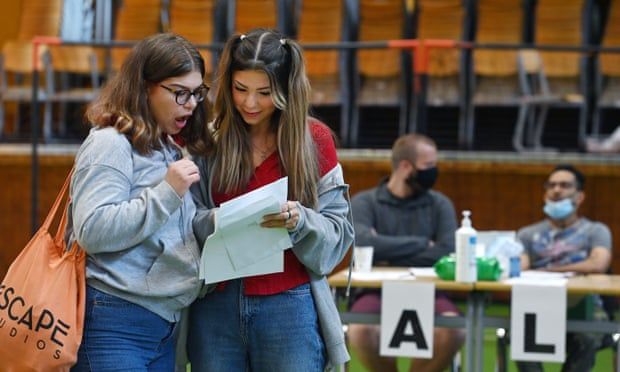 This year is a year unlike any other and the same rings true when it comes to English A-levels.

The results, which were exam-based until 2019, relied on an algorithm last year only for that to be replaced again by teacher-grading in 2021.

Here are the top five data takeaways from this year’s unprecedented result outcomes among students in England.

1 The class of 2021 achieved record-breaking grades

The proportion of top grades achieved by students this year was at its highest ever as teacher assessments replaced usual exam-based grading and the 2020 algorithmic means of assessment was scrapped.

The 2021 results tables show that 44.3% of A-level entries in England were awarded one of the top grades, A* or A. 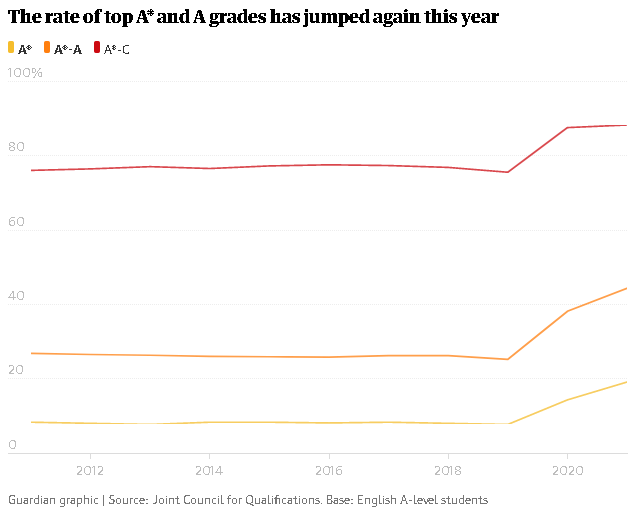 The number of students achieving an A or A* rate has more than doubled in 12 subjects (as well as the “all other subjects” category) since 2019, with the highest increases in physical education, music and drama. 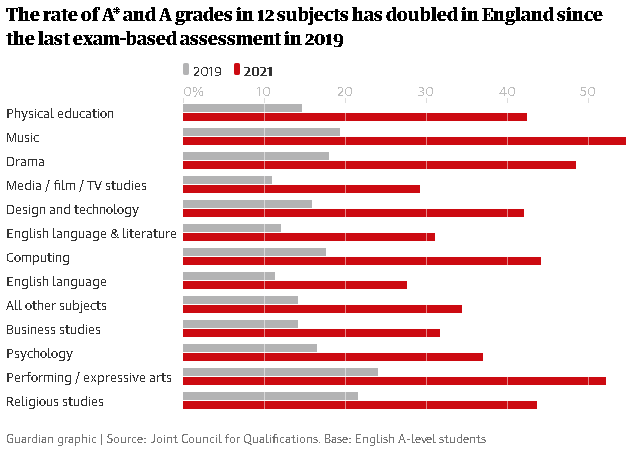 Boys in England typically outperform girls in A* maths grades. But the switch to teacher assessment has boosted female students’ performance.

The highest-ever proportion of female students – 56.8% – achieved an A grade or above in England this year, a reversal of the pre-2020 results where males usually did better at this grade level.

This year was also the first in which more female students got A* grades in maths than their male counterparts, albeit marginally at 28.4% and 28.3% respectively. The change from algorithm to teacher assessment also had an impact on the 2020 results, which have been revised retrospectively. 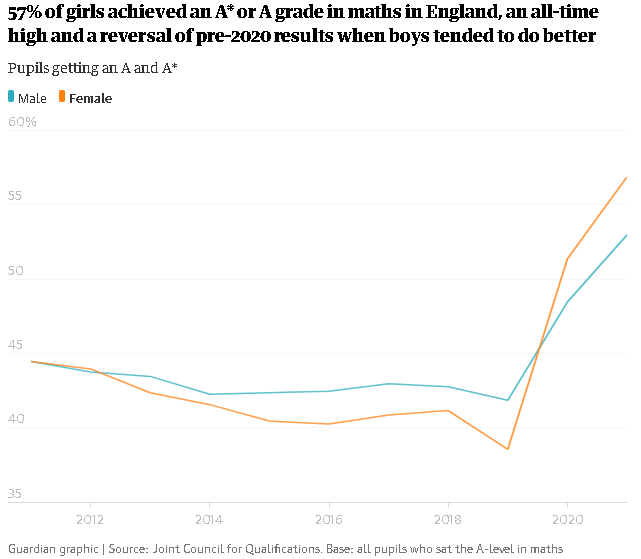 The gender gap reached its highest level in 10 years, with the rate of A* and As standing at 46.4% for girls versus 41.7% for boys – a further reversal of the trend seen in 2017 and 2018 when boys last outperformed girls.

In fact, girls attained higher A*/A grades in every subject bar German, Spanish and performing arts this year. In the lower grade category (C grade and above) female students outperformed males in every subject. 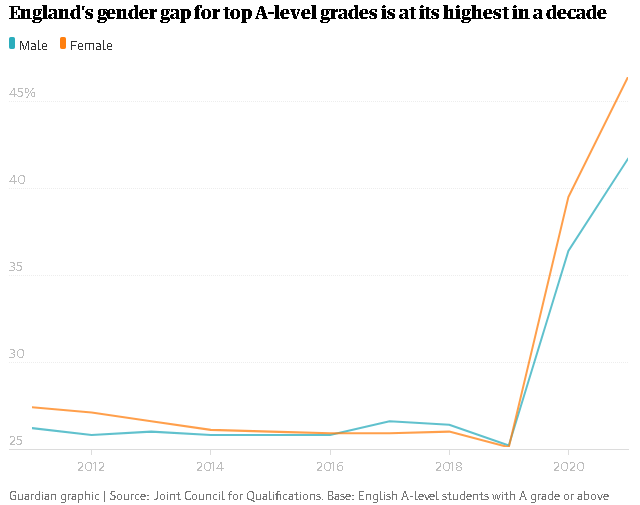 5 Independent schools had the highest rate of top grades

The rate of A and A* grades at independent schools – at 70.1% – was far higher than that recorded at secondary comprehensives, whose A and A* rate rose to 39.3%, and for academies, whose rate rose to 41.9%.

At first glance, the 9.1 percentage point rise in top grades at independent schools suggests the gap between them and others schools has grown.

However, it is the relative change in grades that is important here (as independent schools generally record higher grades). By that measure these schools experienced an increase of 15.3% on last year, in keeping with the increase seen in other types of schools.