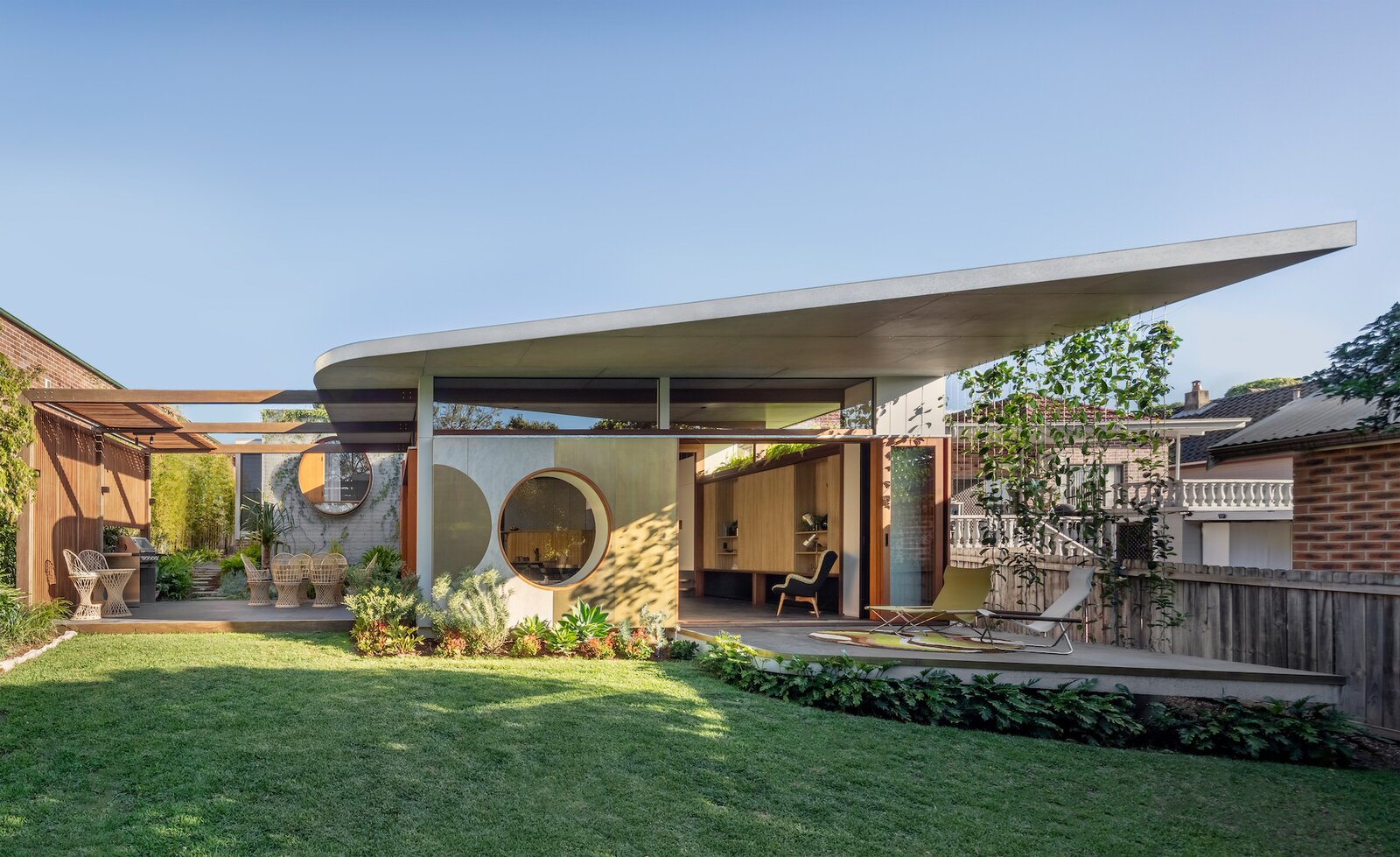 CplusC Architectural Workshop renovates a Sydney residence to celebrate family togetherness and a connection with the natural world.

Nearly two decades ago, a young couple bought a four-bedroom home on a quiet street in Sydney’s Russell Lea suburb. As their family grew, with the addition of three young children and a dog, the duo decided it was time to transform the existing residence into their forever home. For the recent renovation and expansion, local firm CplusC Architectural Workshop took inspiration from the popular Japanese film My Neighbor Totoro. 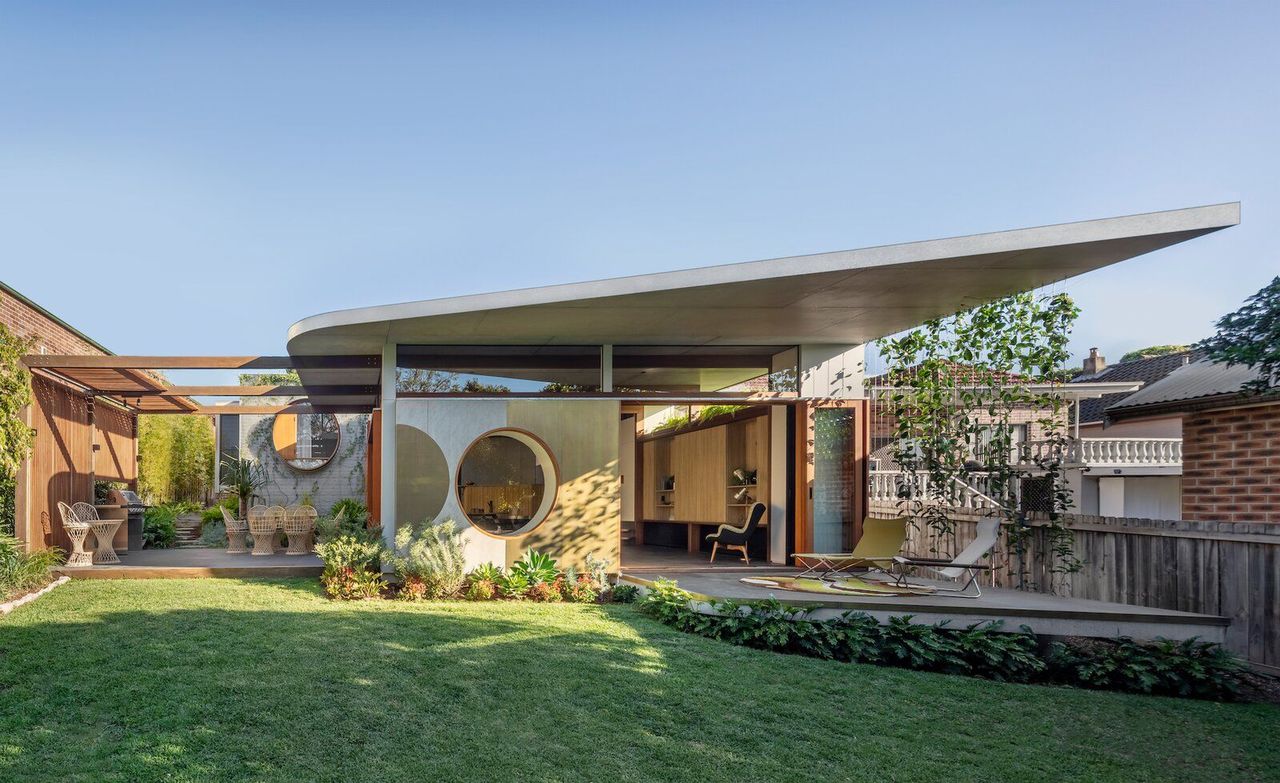 "Three decades ago, Studio Ghibli’s animated fantasy My Neighbor Totoro taught us about the importance of relationships-with family, friends, and nature," says architect Clinton Cole, who led the project alongside architect Ryan Ng. "Similarly, the Totoro House concept is heavily inspired by the strong family bond between the clients and their relationship to the landscape." 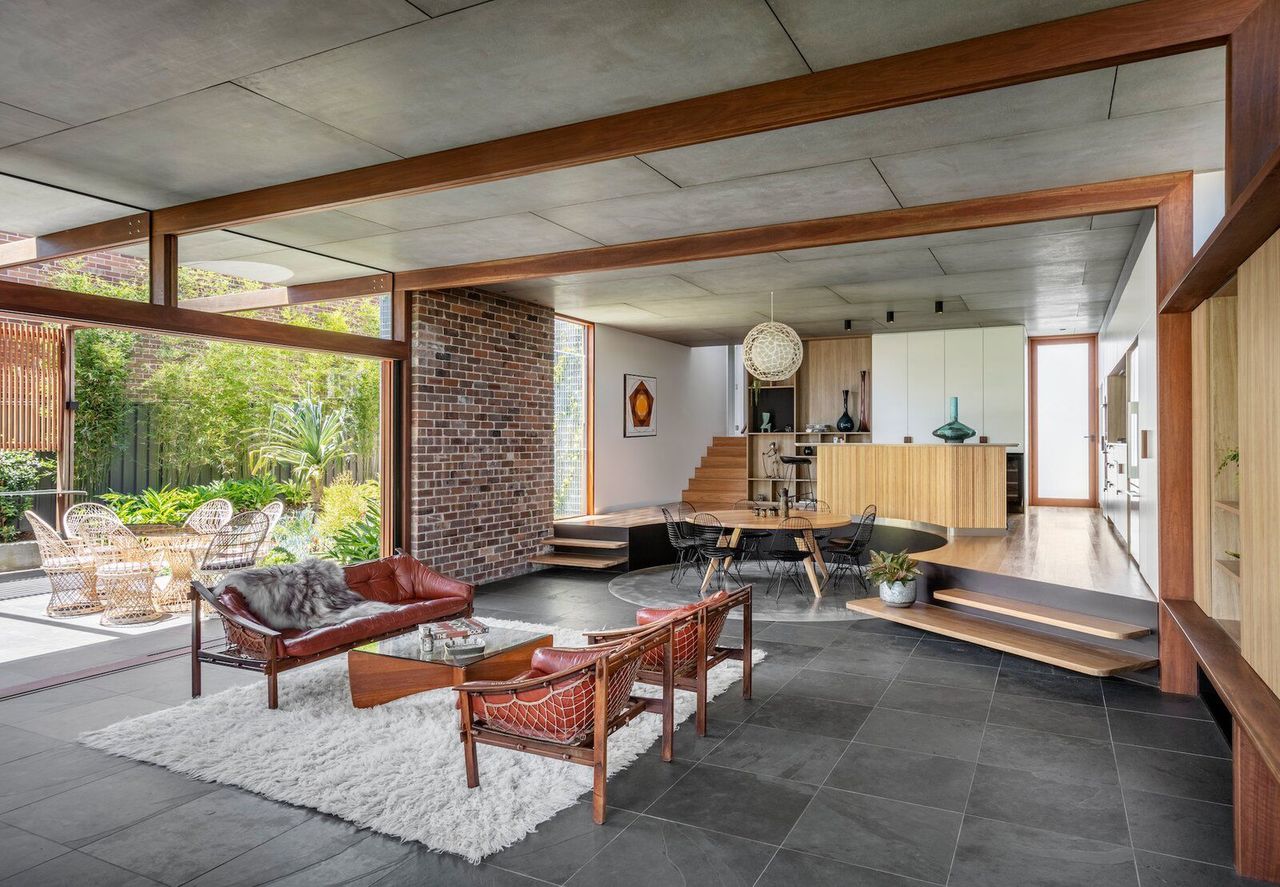 The Sydney-based firm’s goal for the project was to create an open, warm, and sociable home environment. The communal areas needed to allow the family to interact during simple daily activities. The clients also wanted to achieve a stronger connection between the interior spaces and the rear garden. 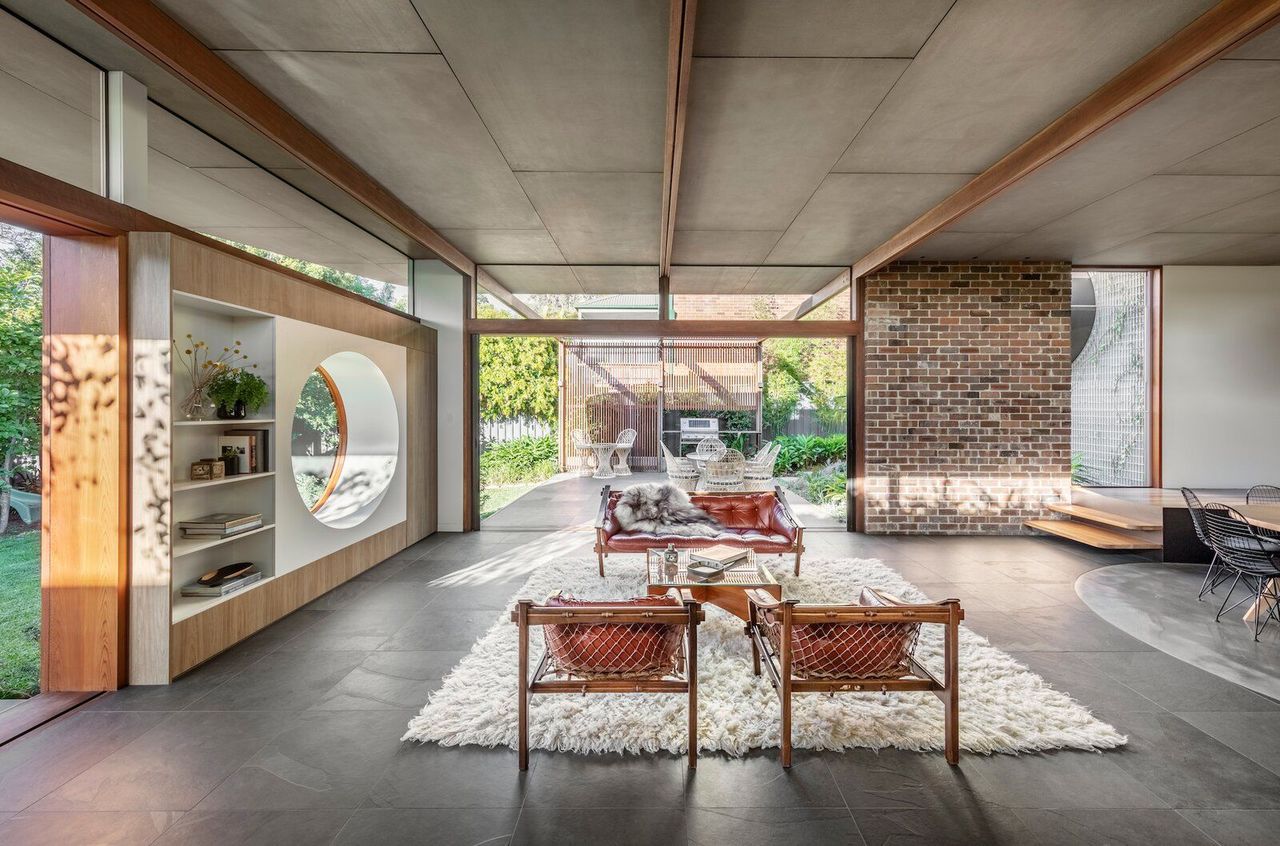 With this in mind, the architects removed the boundaries between the kitchen, living, and dining areas, and the walls that previously separated the spaces were reimagined as vertical thresholds. A rear extension-which houses a spacious living area-opens to an outdoor deck. 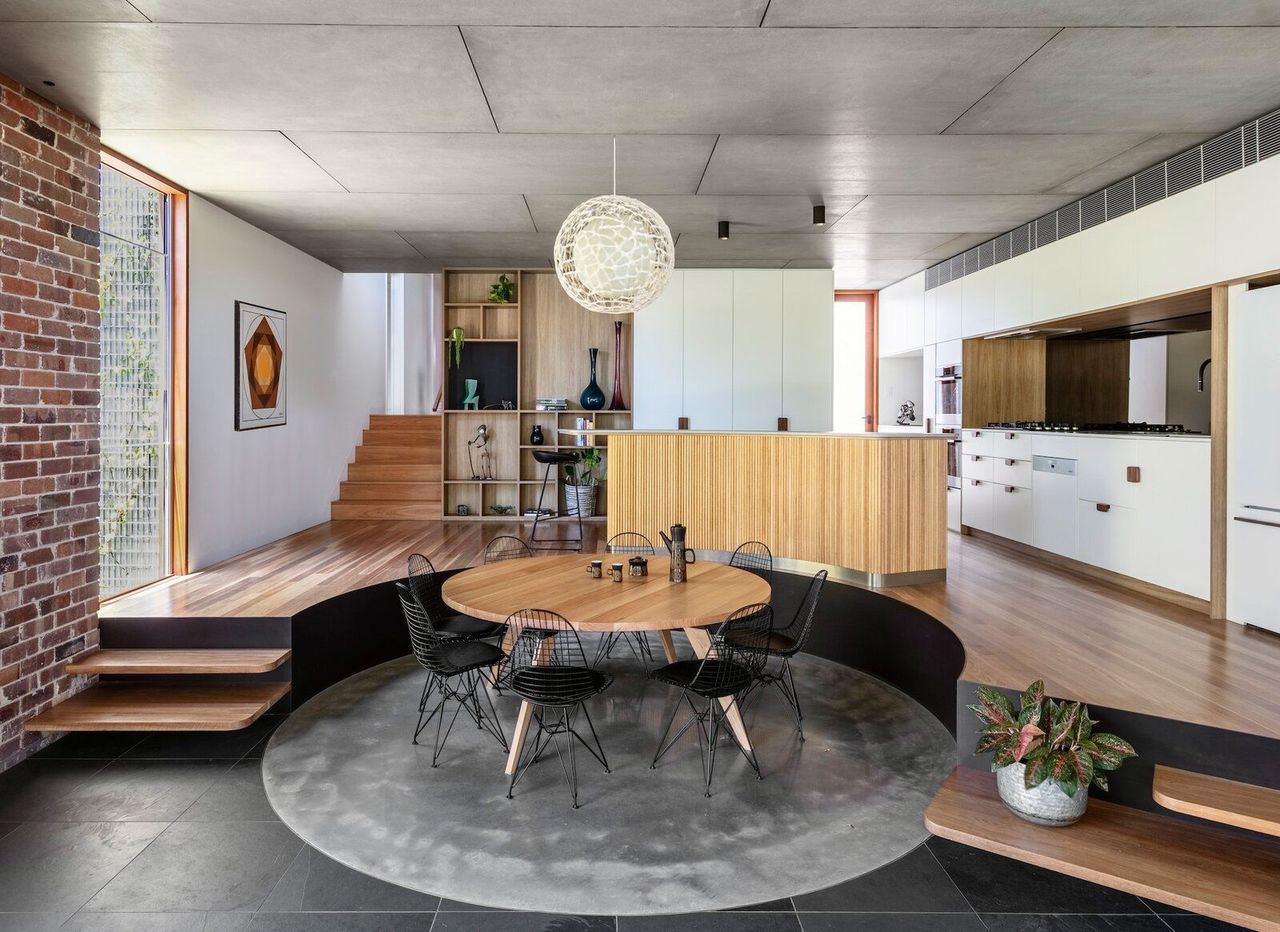 The CplusC team designed the addition to ensure privacy for the family-and their adjacent neighbors, too. "With the extension mostly hidden from the street, glimpses of the playful space peek out from behind the Federation-era home," explains Ng. 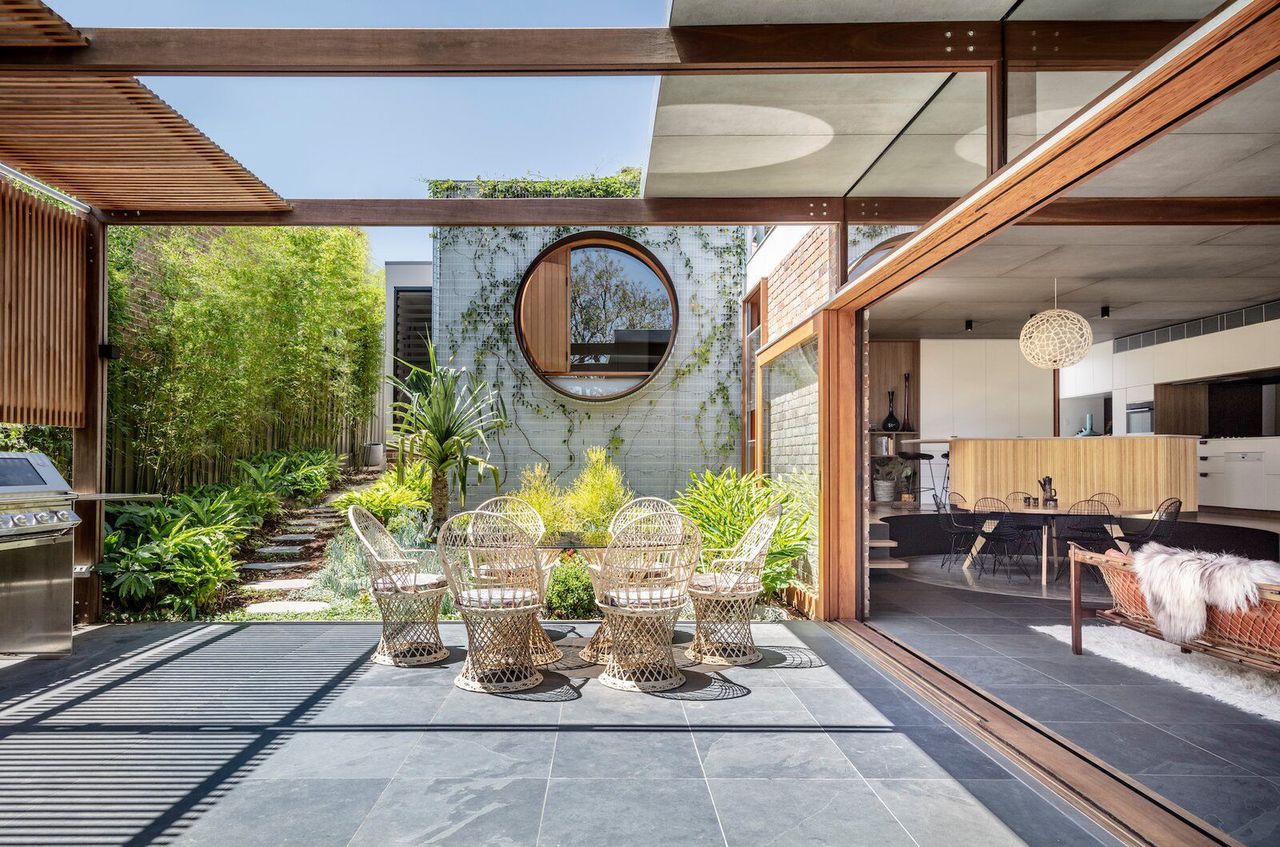 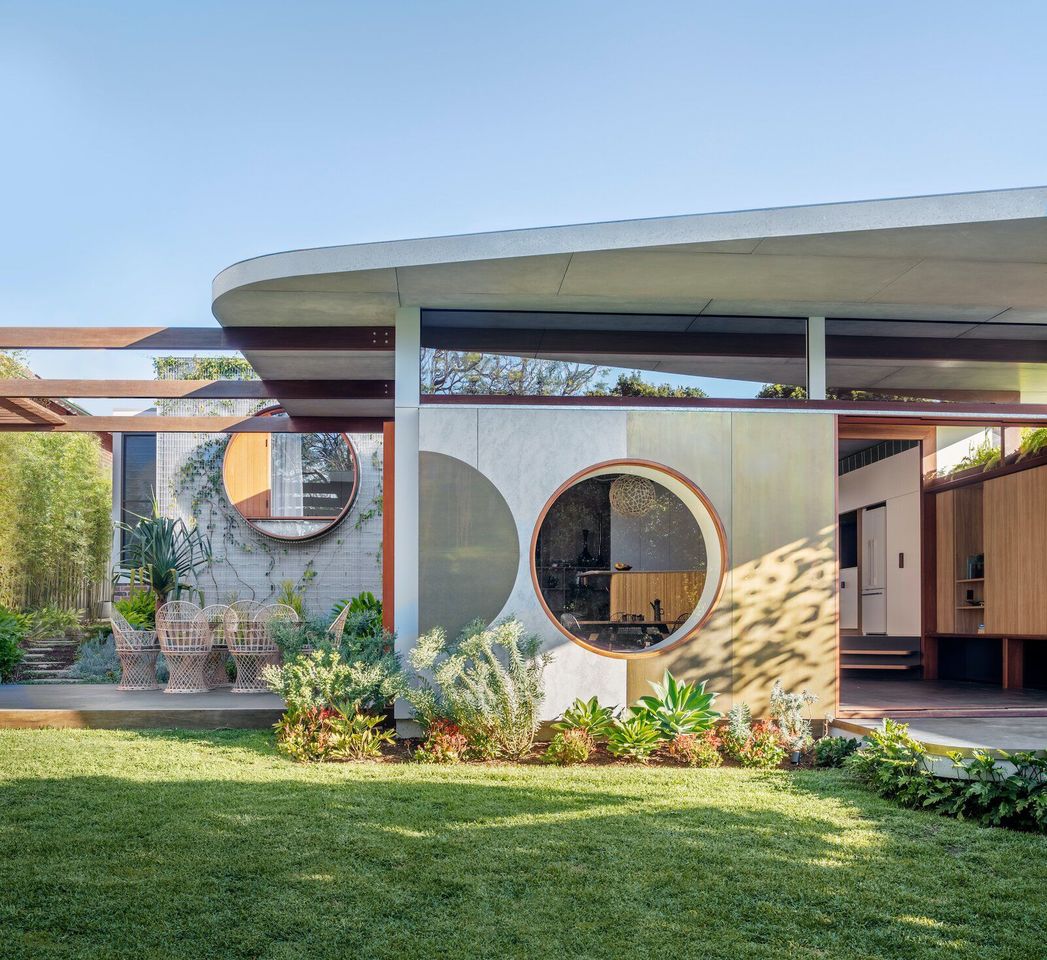 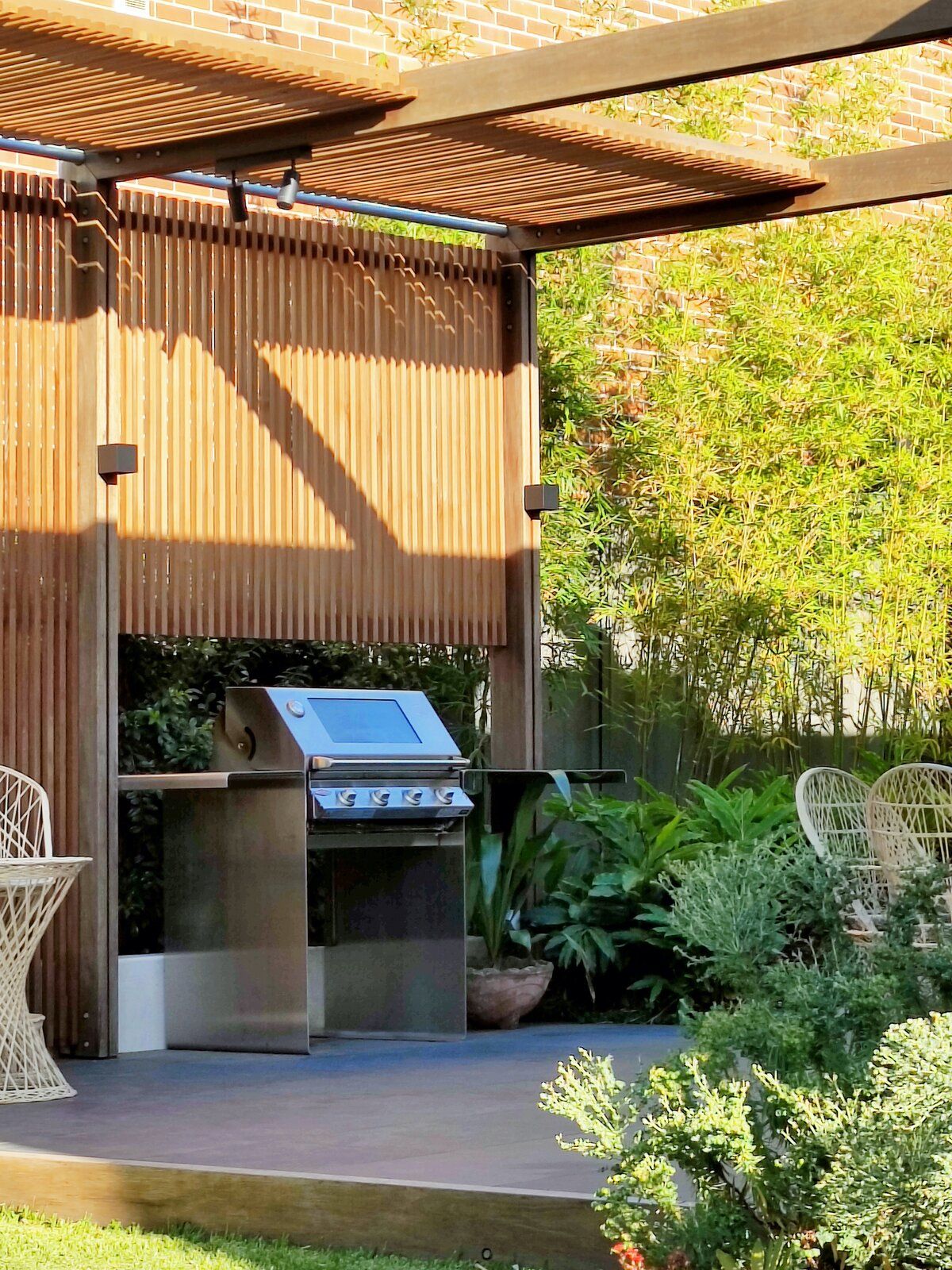 Throughout the updated dwelling, a circular motif facilitates a strong visual connection between the different spaces. A large, round window overlooks the backyard, framing the transition between the structure’s interior and exterior. This approach draws on the traditional Japanese concept of shakkei, in which a background landscape-or "borrowed scenery"-is incorporated into the composition of a garden. 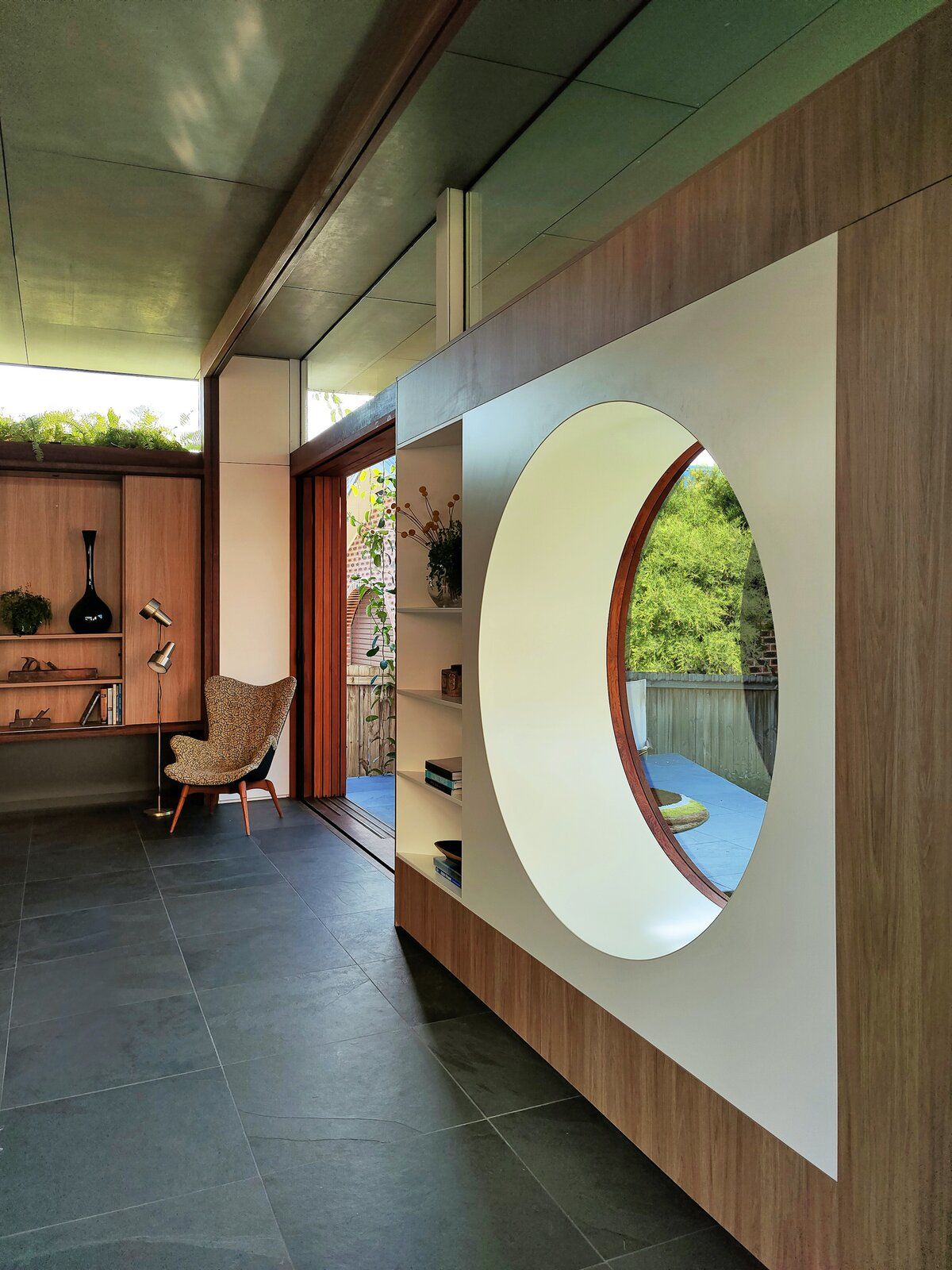 A round window in the principal bedroom also draws from shakkei, offering direct views from the sleeping area into the rear courtyard. Double-layer curtains allow the homeowners to maintain a sense of privacy. The glazed window includes a built-in window seat and a timber hatch that promotes air flow into the room. 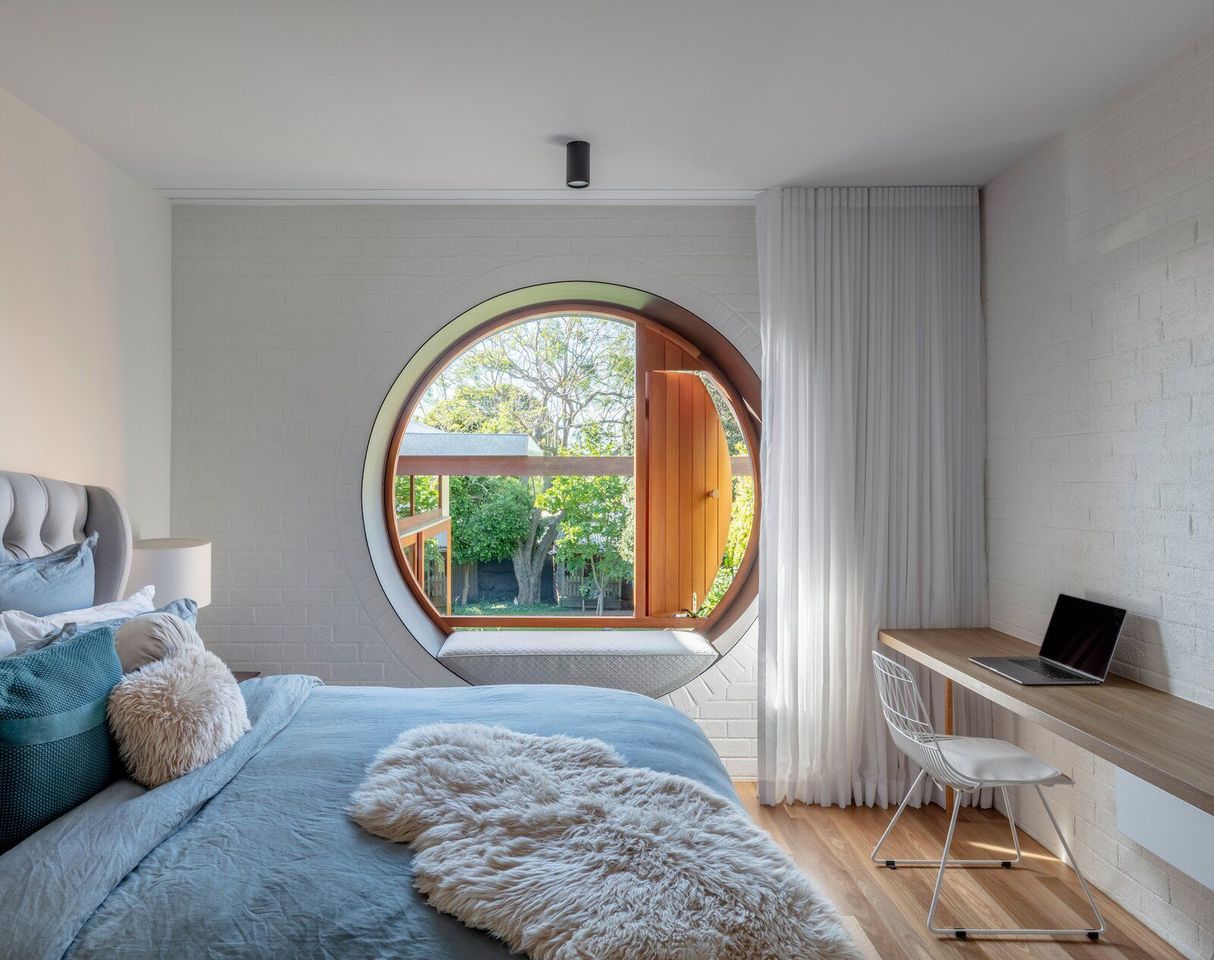 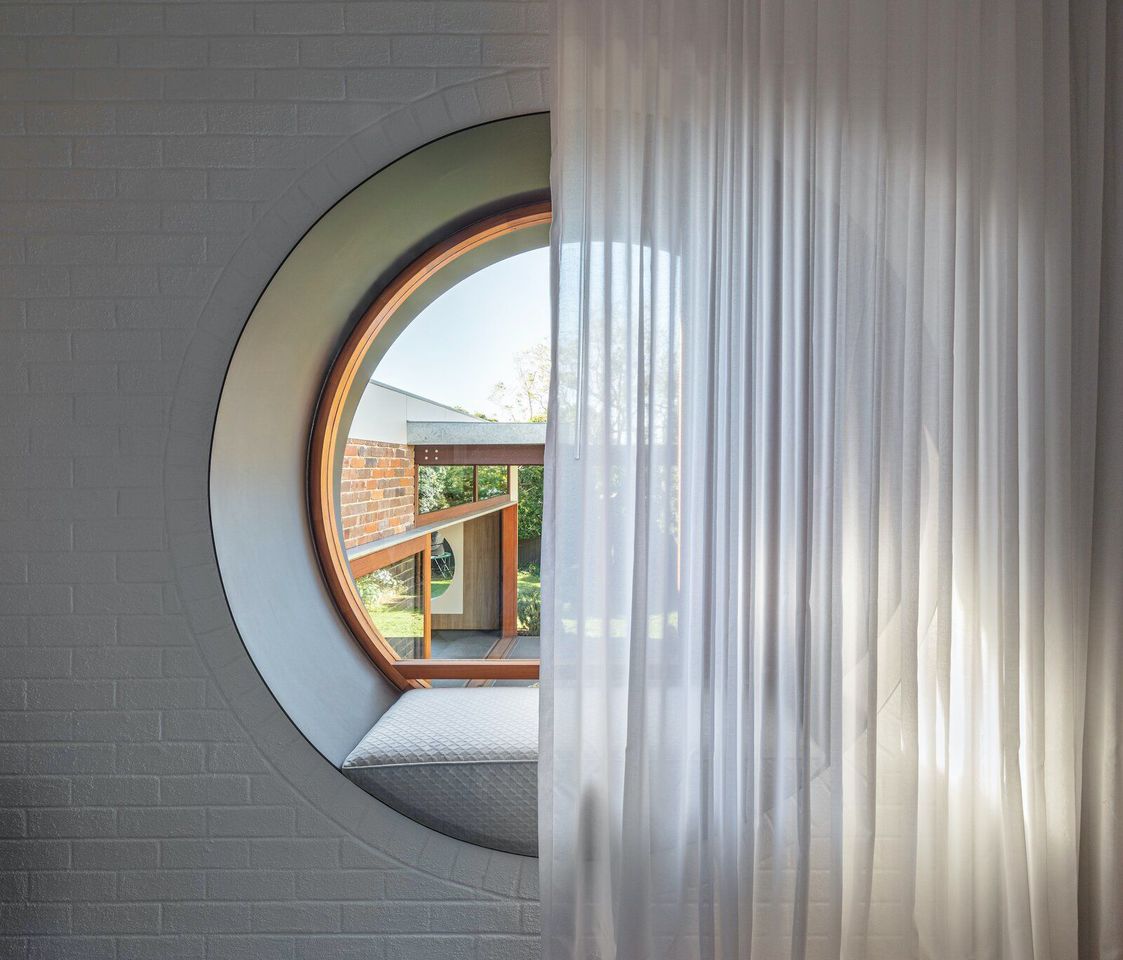 "The predominant design consideration of Totoro House is the integration of shakkei," says Ng. "The circular motif is used to strengthen the connectivity between spaces. Every opening acts as a frame that captures different elements of the backyard." 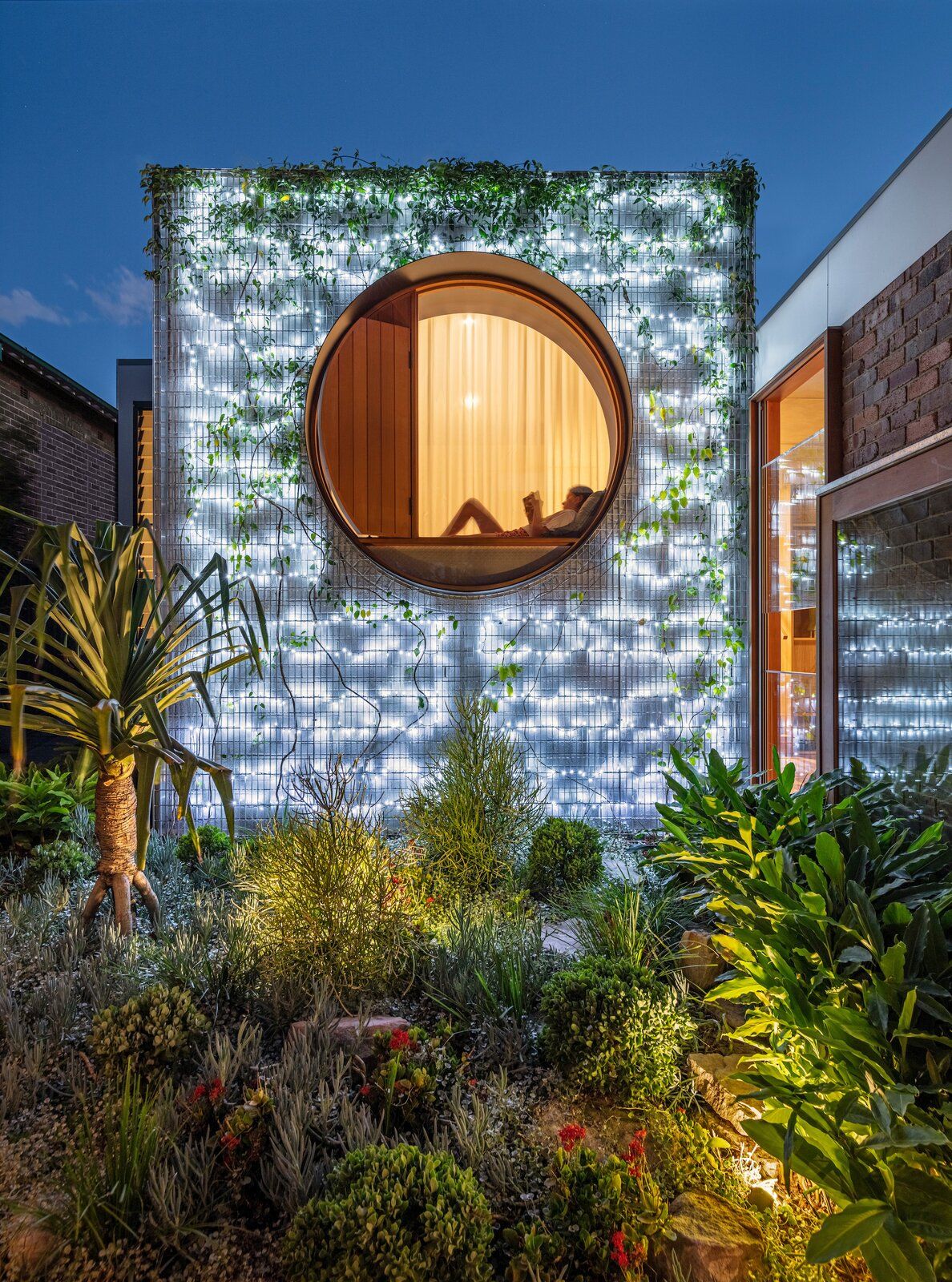 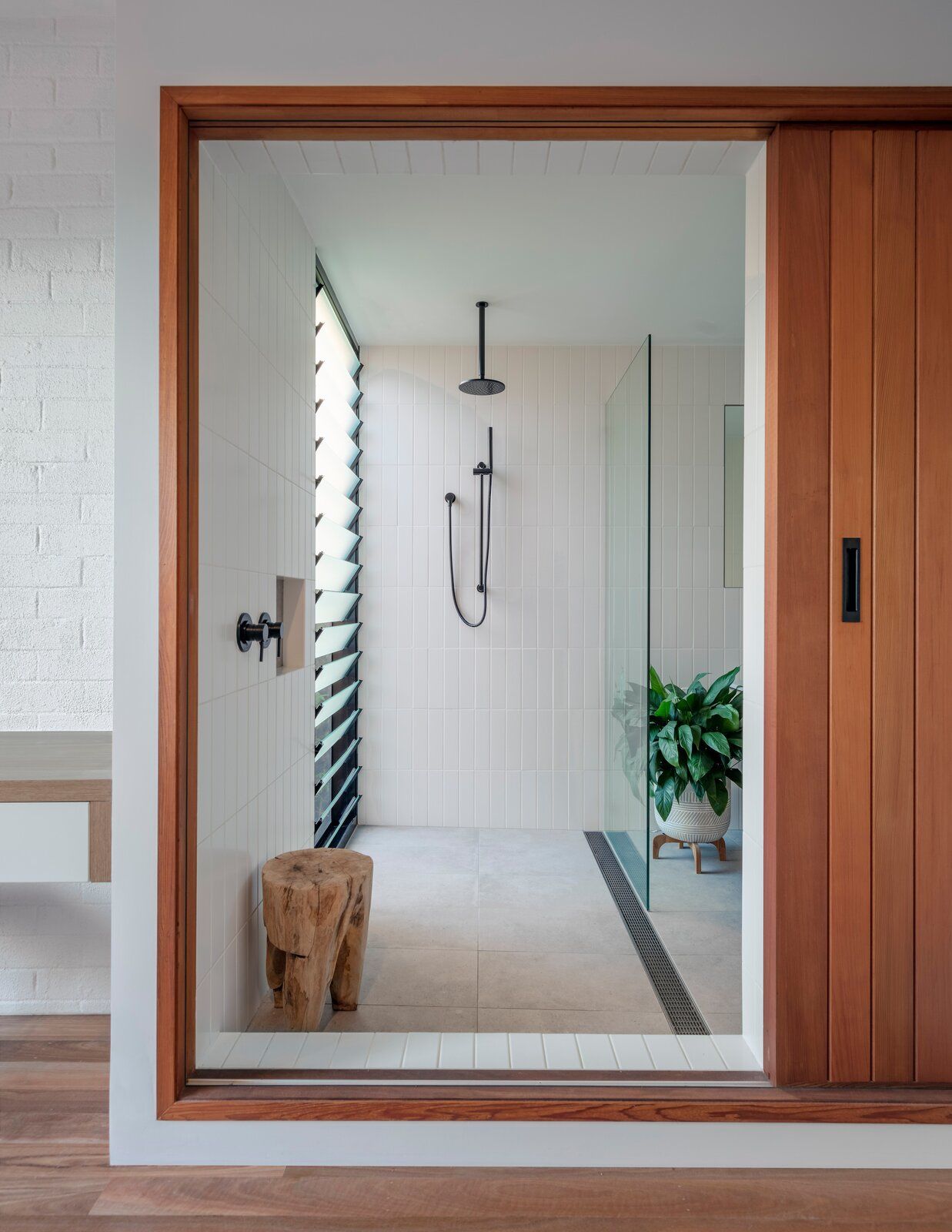 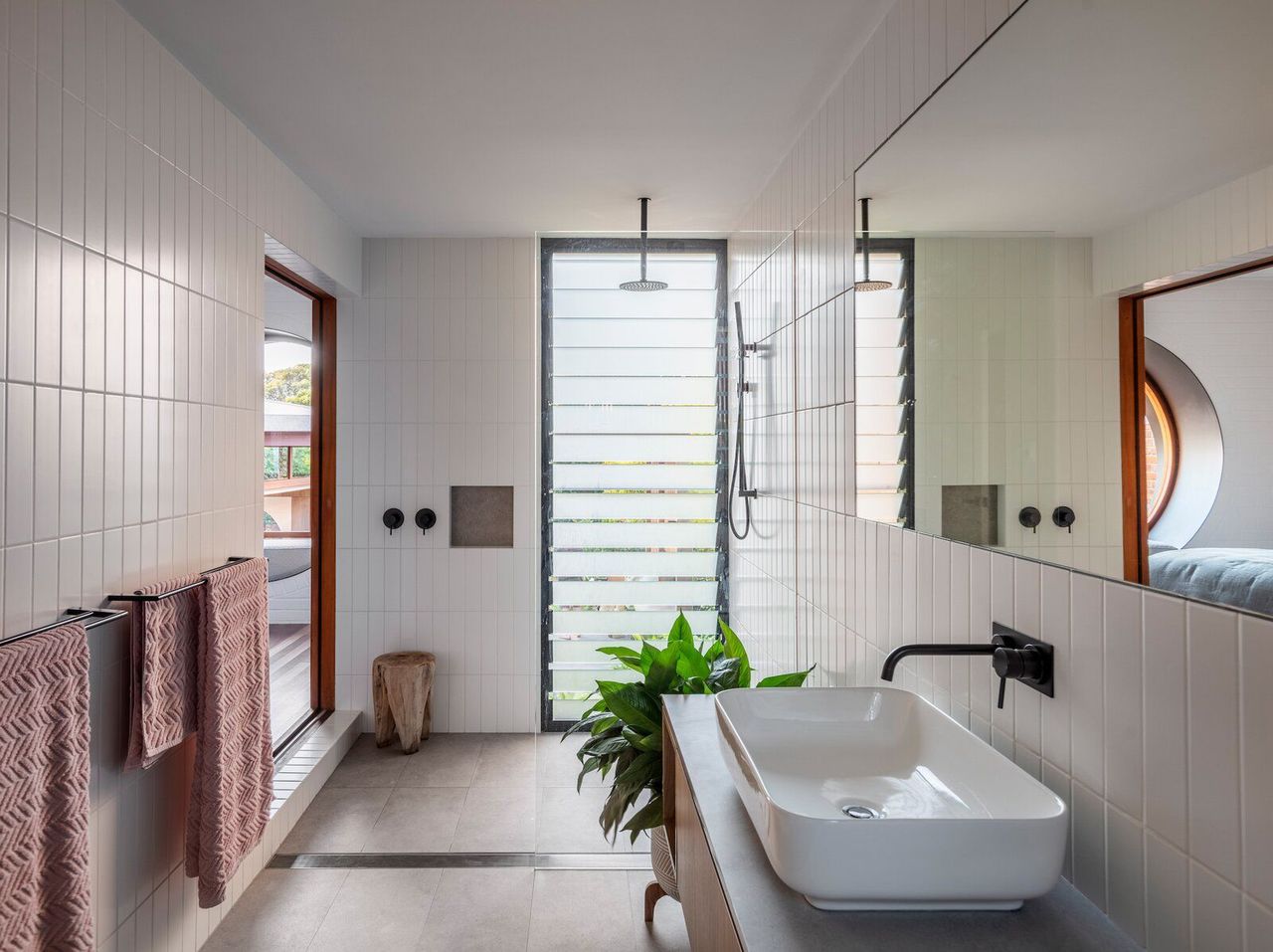 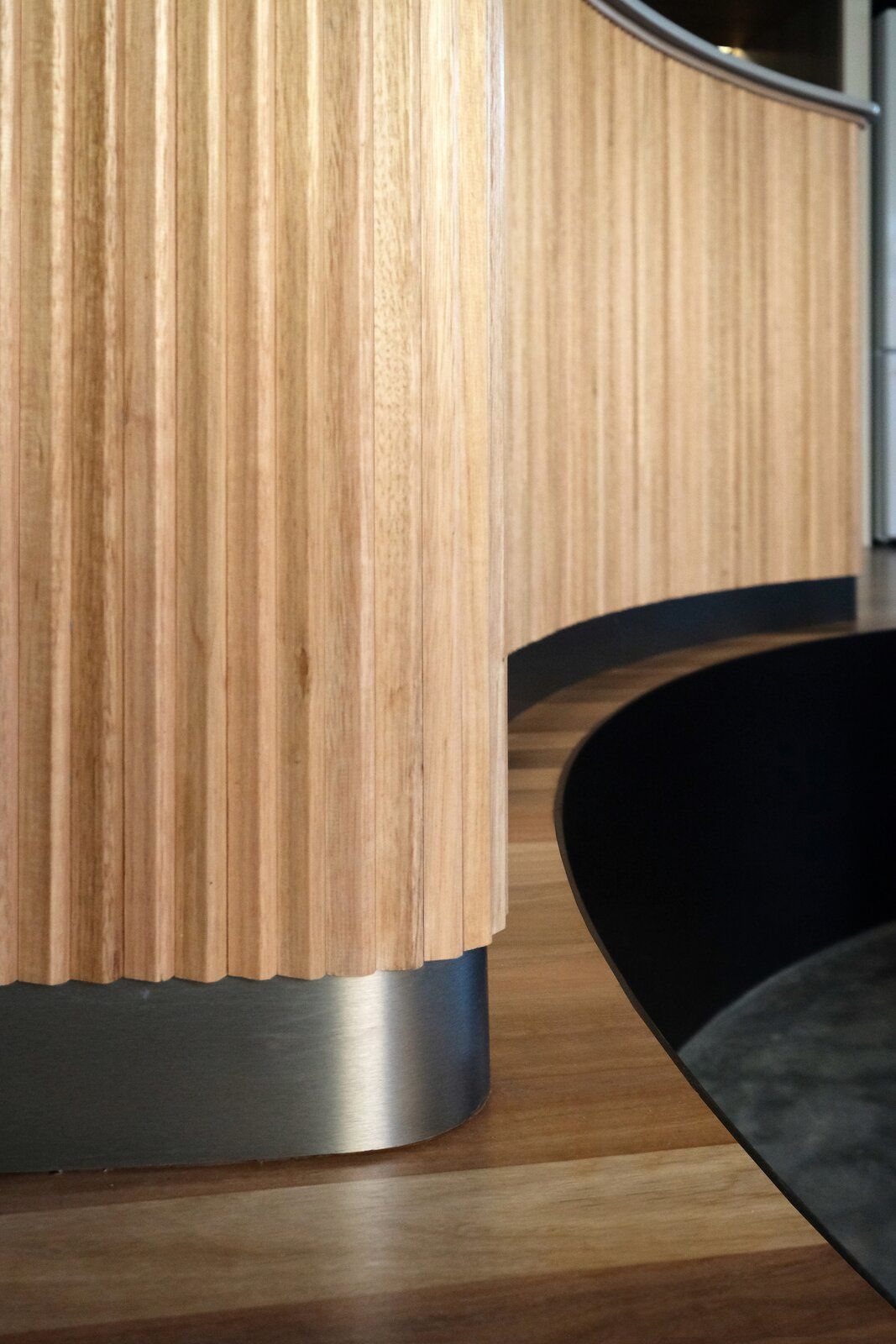 The architects were also mindful about waste reduction during the construction process. A semi-circle off-cut in the exterior brass cladding was integrated into the rear wall as a design detail. Recycled bricks were used to build the extension, while stones from the existing home now appear in the backyard garden. 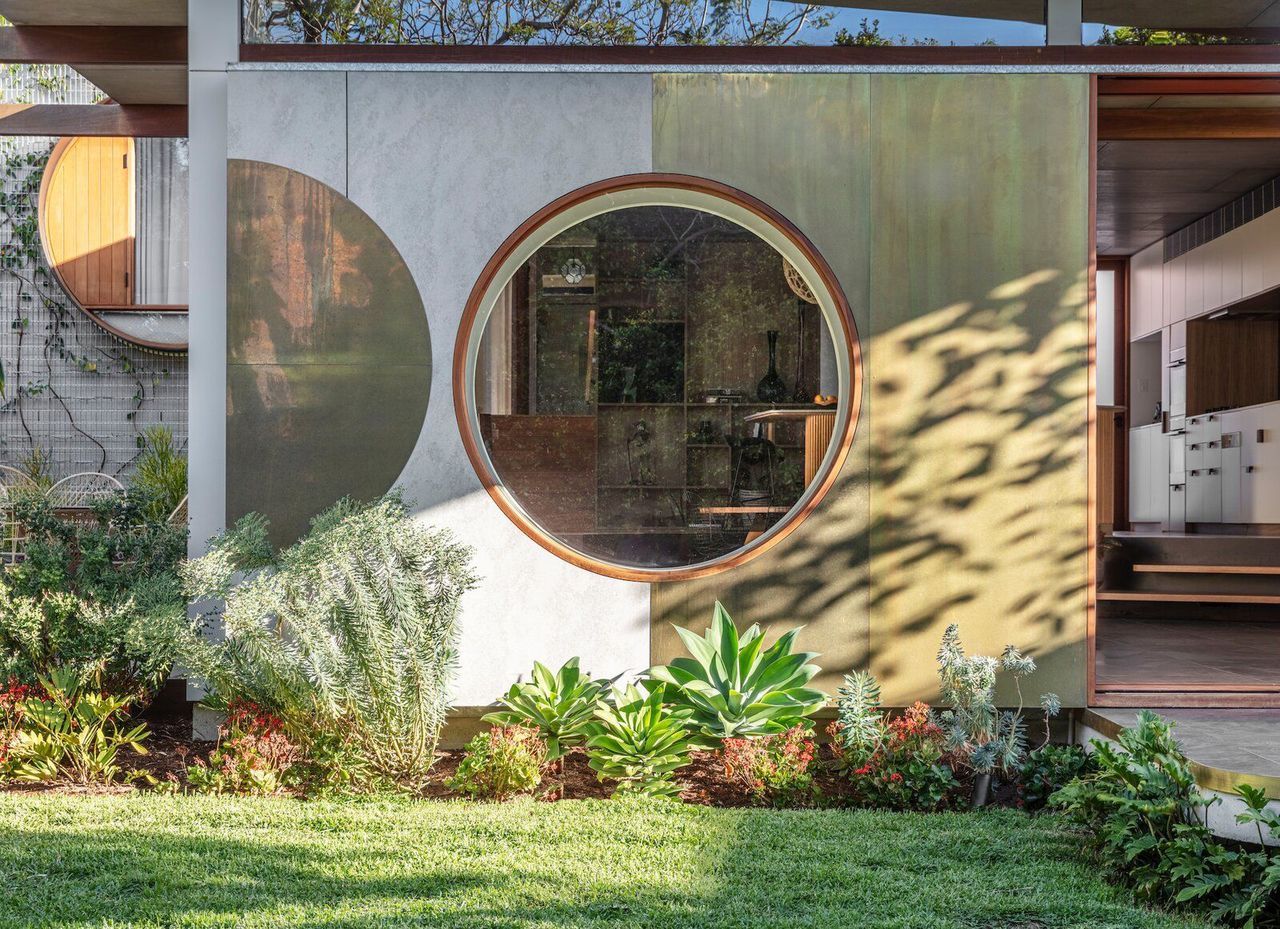 "The project continues to surprise us beyond what we envisioned," Cole says. "We often receive updates from the clients about new and unexpected light features, such as rare reflections and special silhouettes that result from a combination of natural phenomena and design." 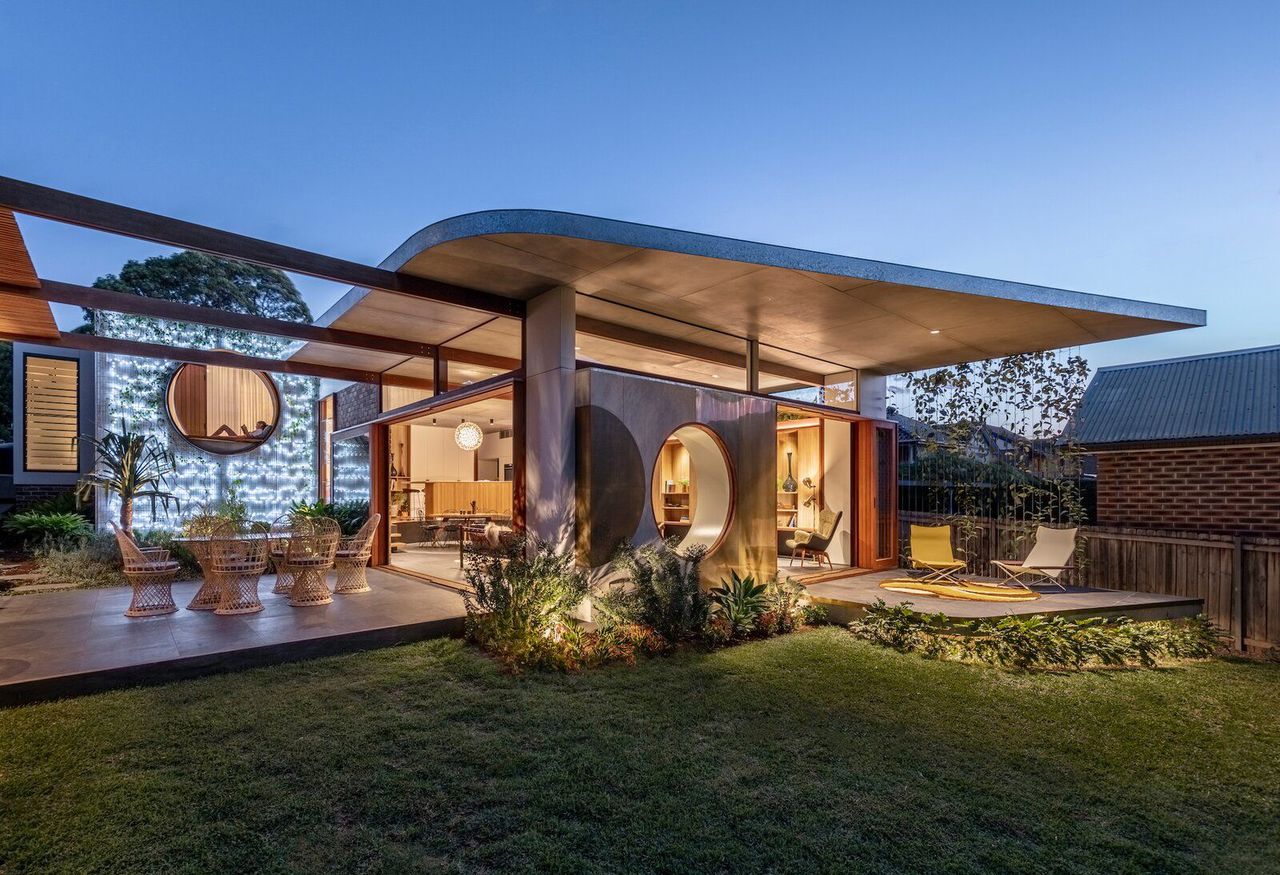 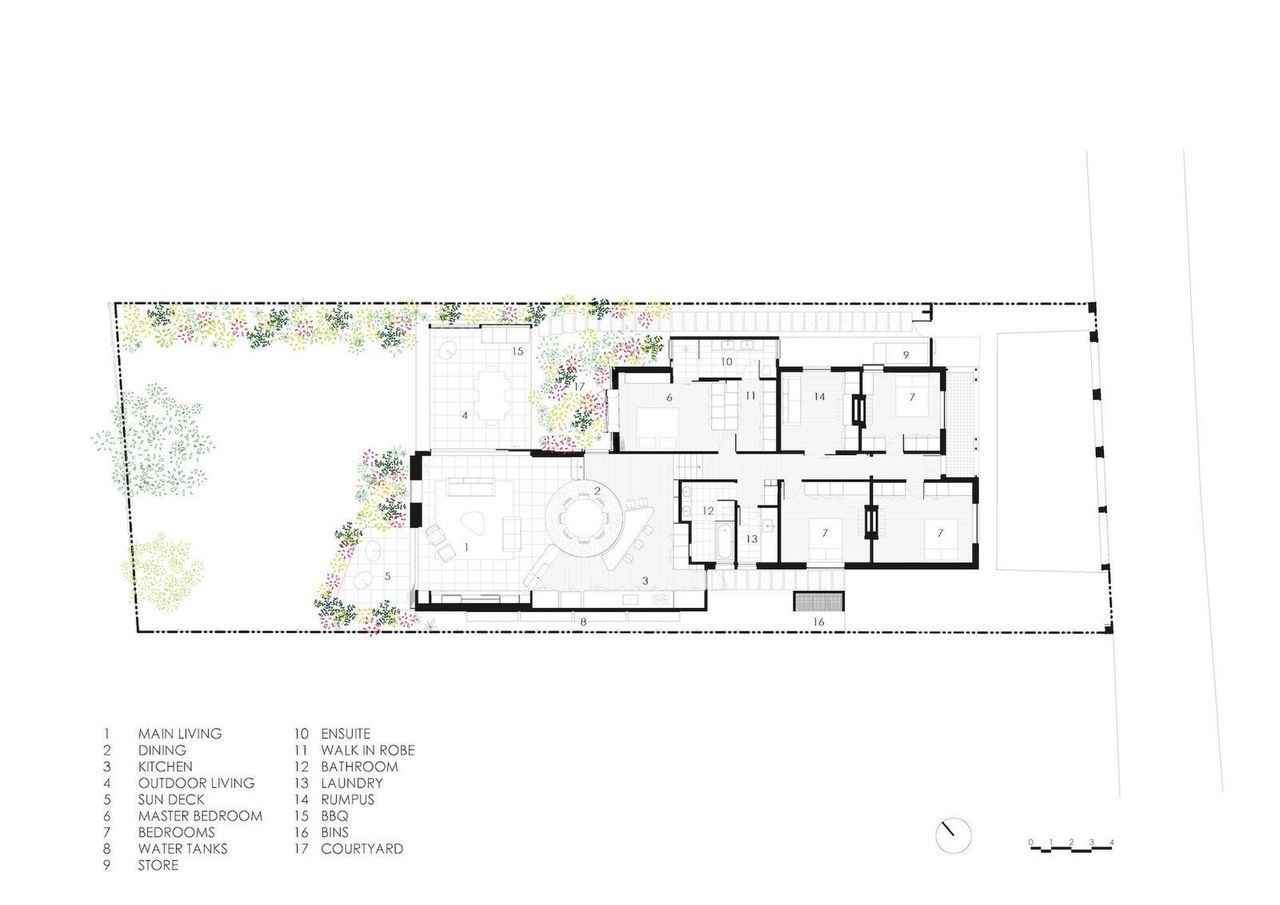 A floor plan of Totoro House by CplusC Architectural Workshop.