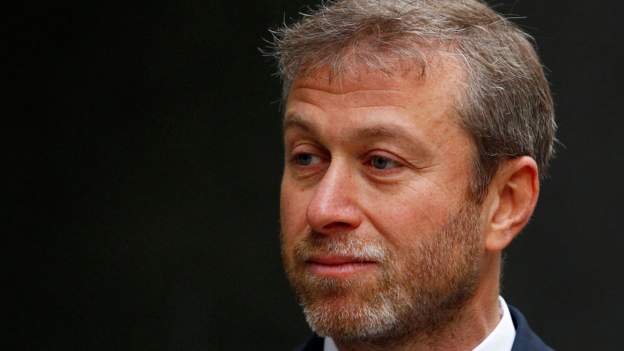 The Premier League has disqualified Chelsea owner Roman Abramovich as a director of the club after the oligarch was sanctioned by the UK government.

Also on Saturday, sleeve sponsor Hyundai became the latest company to suspend its deal with the club.

Abramovich had his British assets - including Chelsea - frozen on Thursday as part of the government's response to Russia's invasion of Ukraine.

The move put the Russian's prospective sale of the club on hold.

The Premier League said Abramovich's disqualification would "not impact on the club's ability to train and play".

Removing an owner from a board would usually trigger the sale of the shares, a process that Abramovich had instigated on 2 March after the threat of sanctions was raised in Parliament.

He had instructed American investment firm Raine Group to seek £3bn for the club, but finance experts believe that price could drop given the current uncertainty around Chelsea.

Raine Group temporarily halted the sale process on Thursday while answers were sought from the government about the implications of the sanctions.

The government is open to considering an addition to the special licence it granted the club that would allow a sale to go ahead.

A condition for that to happen, however, would be that Abramovich - one of Russia's richest people and believed to be close to the country's president, Vladimir Putin - receives none of the proceeds.

The special licence granted by the government will allow fixtures to be fulfilled, staff to be paid and existing ticket-holders to attend matches.

Chelsea, however, cannot receive money for match tickets which have not already been sold, future gate receipts for FA Cup games or money from merchandise sold via the club shop.

The European champions will also be unable to buy or sell players, or offer new contracts, while the sanctions are in place on Abramovich and he still owns the club.

An amendment to the licence has been granted by the government, allowing Chelsea to spend up to £900,000 on costs for home games, up from the £500,000 set on Thursday.

The allowable away costs of travel, however, remain at £20,000 per game.

The licence update also allows the club to receive prize money from existing competitions including Premier League payments and Champions League money for getting through each round.

A statement from the Digital, Culture, Media and Sport (DCMS) confirming the changes to the licence also welcomed the league's move to disqualify Abramovich as a club director.

"The government has made clear that we need to hold to account those who have enabled the Putin regime," the DCMS statement said.

Hyundai signed a multi-year partnership with the Blues in 2018

Like Three, Hyundai has asked for its logo to be removed from the team's shirts "as soon as feasibly possible".

"Hyundai has become one of the strongest partners in football over the years and the company supports the sport to be a force for good," the company said.

"Through our partnership with Chelsea, we are proud supporters of the players, the fans and grassroots football. However, in the current circumstances, we have taken the decision to suspend our marketing and communication activities with the club until further notice." 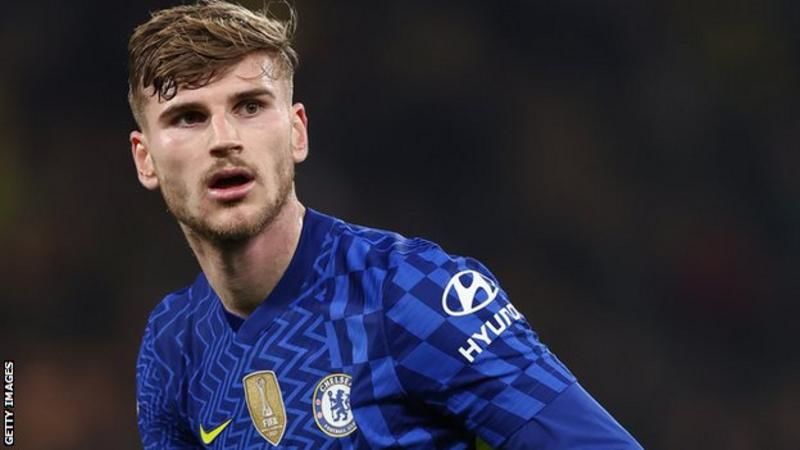 The unravelling of Roman Abramovich's time as Chelsea owner is happening at rapid pace.

It is only 28 days since Abramovich celebrated on the pitch with manager Thomas Tuchel as Chelsea became world club champions.

Now, the club is up for sale and Abramovich is becoming a non-person within the Premier League.

He wasn't involved in the sale of the club even before this latest development but it does underline the need for a deal to be done pretty quickly.

The name of the man who changed Chelsea's fortunes may still be revered by some of the club's supporters but it is clear his association with Vladimir Putin is creating serious issues at Stamford Bridge.