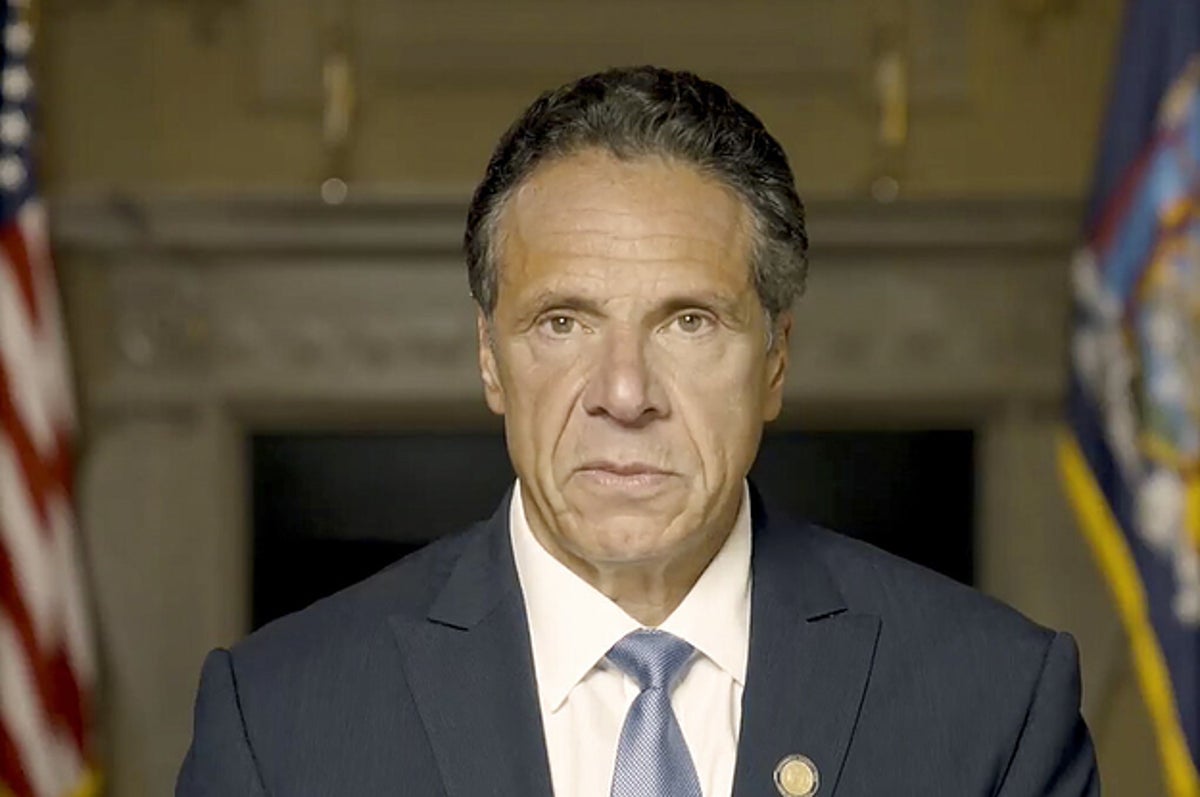 After 11 Women Said Andrew Cuomo Sexually Harassed Them, He Says It Never Happened

In a recorded video, New York's governor says that he kisses everyone, but he denied sexually harassing multiple women in spite of a damning investigation that found he did.
After a damning investigation found that Andrew Cuomo had sexually harassed at least 11 women, the New York governor denied the findings in a prerecorded video on Tuesday. He told one alleged victim that he’d only been trying to help her cope with her past experience of sexual assault, cited his Italian American heritage, and played a slideshow of politicians kissing people in public.

At least nine of the women who made complaints against the governor were current or former state employees, according to the investigation by New York Attorney General Letitia James. Cuomo's behavior created a hostile work environment and violated several federal and state laws, James said after the report's findings were made public on Tuesday.

Responding to the investigation, Cuomo said, "The facts are much different than what has been portrayed." He asked the public to read a document on his website that contained his responses to each allegation.

"First, I want you to know directly from me that I never touched anyone inappropriately or made inappropriate sexual advances," he said in the video.

He singled out two of the complaints against him, including one by his former aide Charlotte Bennett. She has said that Cuomo made several inappropriate comments to her in 2020, including asking if she'd been with older men and telling her he was "lonely" and "needed to be touched."

Cuomo did not specifically respond to her allegations, but he directly addressed Bennett as a sexual assault survivor and accused her of reading into comments that he had made and drawing "inferences that [he] never meant."

He brought up his own family member's experience as a sexual assault survivor in high school, saying that he was only trying to help Bennett "work through a difficult time."

"Charlotte, I want you to know that I am truly and deeply sorry," Cuomo said in the video. "I brought my personal experience into the workplace, and I shouldn't have done that. I was trying to help. Obviously, I didn't."

Bennett, in return, called for Cuomo to be impeached based on the findings of the report that he had sexually harassed her and others. In his remarks, the governor was gaslighting her, she told CBS News' Norah O'Donnell.

"He’s trying to justify himself by making him out to be someone who can’t tell the difference between sexual harassment and mentorship, and I think that’s absolutely absurd," Bennett told CBS. "We have the report. We have the facts."

In his video message, Cuomo also denied groping a woman who worked in his office, saying, "That never happened."

The governor added that the other complaints against him "have sought to unfairly characterize and weaponize everyday reactions [he has] had with any number of New Yorkers."

He dismissed women's complaints about him kissing them on the forehead and the cheek in public, saying he has been kissing people in public all his life as a gesture meant to convey "warmth."

"I now understand that there are generational or cultural perspectives that frankly I hadn't fully appreciated. And I have learned from this," Cuomo said.

He ended his recorded remarks by touting the progress he had made responding to the pandemic.