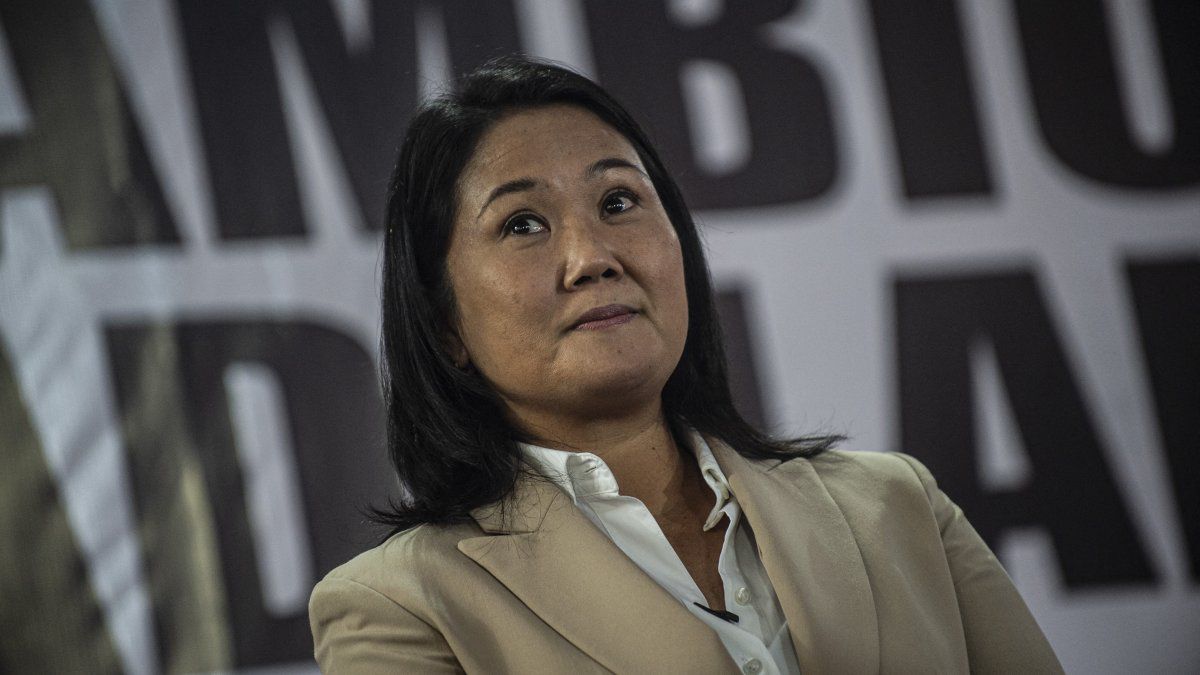 After losing the elections, Keiko Fujimori faces justice in Peru

Since May 2020, Keiko Fujimori has been on probation, which prevents her from leaving Lima or traveling abroad without judicial permission.

A Peruvian court will hold the preliminary hearing on Tuesday for the long-awaited trial against former presidential candidate and right-wing opposition leader Keiko Fujimori, who risks a 30-year prison sentence for alleged money laundering and other corruption charges.

The eldest daughter of the imprisoned ex- president Alberto Fujimori returns to the forefront almost three months after the ballot in which she was close to winning the presidency, which would have given her immunity to avoid the process and postpone the five-year mandate.

On March 11, the prosecutor José Domingo Pérez asked the courts that the populist leader be sentenced to 30 years and 10 months in prison for the corruption scandal of the Brazilian construction giant Odebrecht, which also affected four former Peruvian presidents. She denies the charges.

The hearing on "control of the accusation" this Tuesday is a preliminary stage to the criminal trial and will be directed by Judge Víctor Zuñiga.

Keiko Fujimori will not be present at the hearing, but her lawyer will, a source from her environment assured AFP. The defendants are not required to attend this intermediate phase of the process, the last one prior to a trial.

In this phase, which can last days or weeks, the magistrate evaluates the prosecution and must decide whether to accept all or part of the accusatory file.

The judge is the same one who sent her to preventive prison in January 2020, from where she was released three months later due to the pandemic. However, last June he dismissed sending her to jail for a new prosecutor's request.

Since May 2020 Keiko Fujimori has been on probation, which prevents her from leaving Lima or traveling abroad without judicial permission, and even meeting or speaking with witnesses in the case.

With her, 39 other people have been accused, such as her husband, the American Mark Vito Villanella, and former assistants and members of the leadership of her Fuerza Popular party .

Prosecutor Pérez had asked last year that Fuerza Popular be banned as a political party, alleging that it was a "criminal organization." Justice rejected his request on December 28, 2020, allowing him to compete in the April general elections and win 24 seats in Congress out of a total of 130.

Fujimorism is now the second force in the fragmented Congress, behind the ruling left-wing Peru Libre party (37). But until 2019, her bench ran parliament, having won 73 seats in the 2016 elections.

The leader has been in preventive detention twice (16 months in total), accused of receiving alleged illegal contributions and laundering them with the help of the co-defendants in the electoral campaigns of 2011 and 2016.

Former Odebrecht bosses confessed to Peruvian prosecutors to having illegally distributed millions of dollars among members of the Peruvian political class. That includes her and four former presidents, including Alan García (1985-1990 and 2006 and 2011), who committed suicide when he was to be arrested in April 2019.

Fujimori lost the presidency - for the third time - in the close June 6 ballot against leftist rural teacher Pedro Castillo, who took away her traditional electoral strongholds from the impoverished Andean highlands.

Her once strong and monolithic party had begun its decline in 2019, due to its clashes against the popular president Martín Vizcarra and the legal problems of her boss.

Winning a ballot ticket revitalized Keiko, adding the support of prominent right-wingers with an anti-Fujimori past, such as Nobel laureate Mario Vargas Llosa, and thousands of Peruvians fearful of the left. In the second round she garnered 49.87% of the votes.