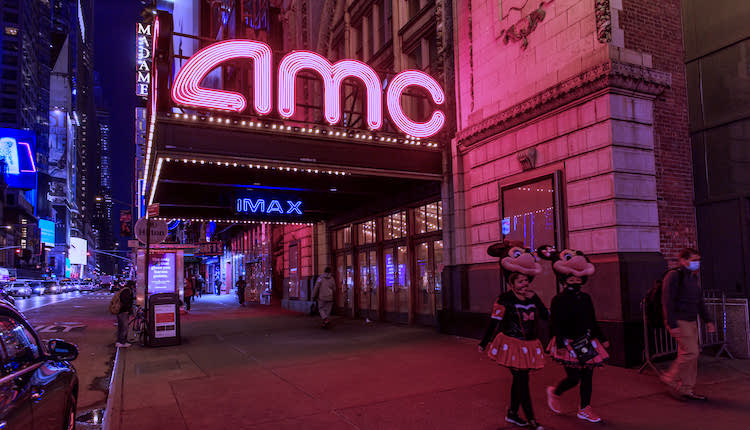 AMC, the US movie theater chain announced in a shareholder's call on Monday that it intends to accept Bitcoin for movie tickets and concessions in 2021.

US movie theater chain AMC announced in a shareholder’s call Monday it intends to accept Bitcoin for movie tickets and concessions in 2021.

CEO Adam Aron said during an earnings call Monday that the movie theater chain will have the IT systems in place to take the cryptocurrency as payment.

Aron said the company intends to launch the service by the end of the year, but did not comment further on timing.

The move marks a marriage of two highly speculative assets — bitcoin, known for its wild volatility, and AMC, which became a meme stock star favored by retail traders on Reddit’s infamous WallStreetBets forum.

The price of bitcoin swung drastically in recent weeks, last trading around $46,000 after falling below $30,000 last month. The recent rebound came amid optimism that a cryptocurrency compromise will be included as part of the bipartisan infrastructure package. The Senate ultimately failed to advance the deal.

Tesla earlier this year announced plans to allow bitcoin transactions, but halted car purchases with the digital token in mid-May due to concerns over how mining contributes to climate change. CEO Elon Musk has since commented positively on bitcoin, saying he plans to hold the coin long term.

Shares of AMC climbed more than 4% in extended trading on Monday following a better-than-feared earnings report. The company posted a narrower-than-expected loss during the second quarter, along with revenue that topped analysts’ estimates.

The stock has rallied nearly 1,500% this year as a band of retail traders who coordinated trades on social media platforms managed to create a massive short squeeze in the shares. The struggling movie theater was a popular short target among hedge funds and other players.