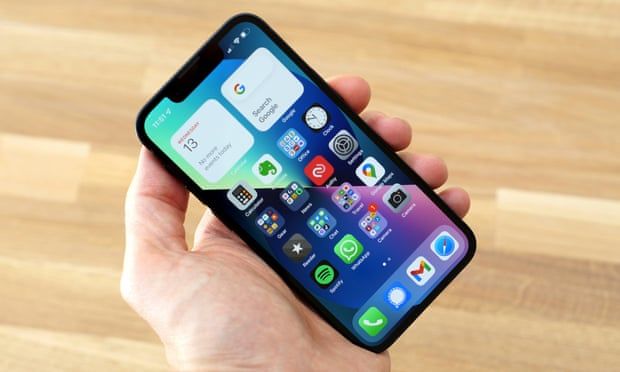 Mini model trounces competition with great camera and performance, but isn’t the best iPhone for the year

The iPhone 13 mini takes what’s great about the full-size iPhone 13 and squeezes it into a body not much larger than the iPhone 5S without cutting back on features or power.

The 13 mini is only slightly thicker and heavier than last year’s 12 mini, still making it one of the smallest full-blooded smartphones you can buy. 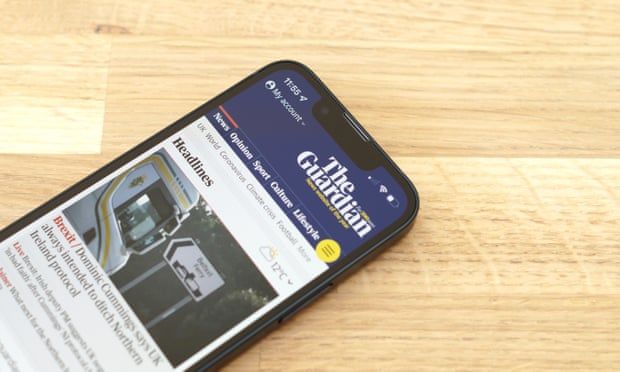 The notch at the top of the screen takes up less space compared with previous iPhones, but the status bar still shows the same limited information.
The 5.4in OLED screen is superb: crisp, bright and now with a smaller Face ID notch taking up less room at the top. The aluminium and glass body is slim, light and lovely to hold. It fits in pockets easily and works great for messaging and calls.

But it has the same drawbacks from its diminutive size as its predecessor. It is too small to fit in my car windscreen mount, watching video on it is a bit tedious, games are cramped, and you end up scrolling around in documents a lot.

I ended up using the mini less than other smartphones just because of the size, which might be a plus for some. 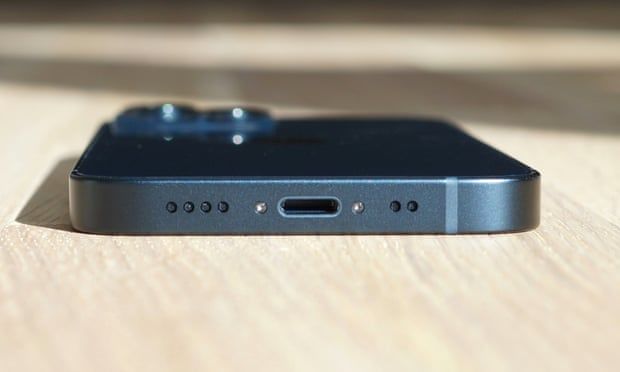 The 13 mini has the same A15 Bionic chip as its larger siblings, making it one of the fastest smartphones you can buy, and has the same starting 128GB storage, which is large enough for most things.

The battery doesn’t last quite as long as the bigger phones, however, making it about 38 hours between charges with the screen on for just over four hours during that time. That’s eight hours less than the iPhone 13, but still decent for a phone this small.

The 13 mini runs the same iOS 15 software as the rest of its lineup, including various new features to help process notifications and faster voice recognition. Apple will provide at least five years of software and security updates, and potentially as long as seven years. 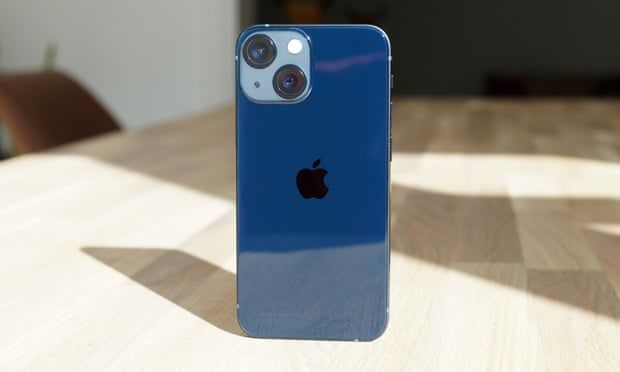 The dark blue coloured glass is a dust and fingerprint magnet.

Apple does not provide an expected lifespan for the iPhone 13 mini’s battery, but it can be replaced for £69. Batteries in similar devices typically maintain at least 80% of their original capacity after 500 full charge cycles. The smartphone is generally repairable, with an out-of-warranty service costing £376.44, which includes the screen.

The iPhone 13 mini uses 98% recycled rare earth metals, 99% recycled tungsten and 35% recycled plastic in various components, plus 100% recycled tin in the solder of its main board and battery management unit. The company breaks down the phone’s environmental impact in its report. 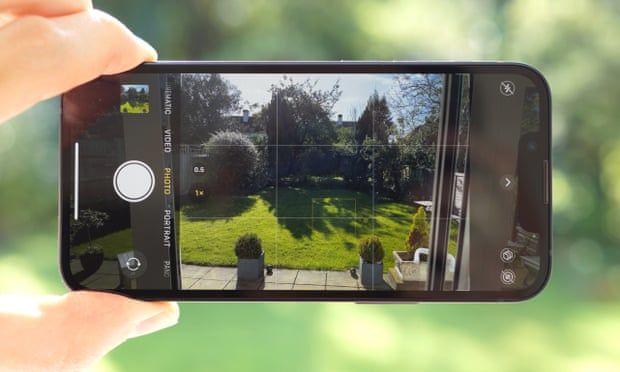 The 13 mini has the same improved dual-camera system as its larger sibling, making it one of the best you can buy but lacking in optical zoom.

* Wireless charging is restricted to 12W, not the maximum 15W that the other iPhone 13 models are capable of with Apple’s MagSafe charger.

The iPhone 13 mini is without doubt the best small phone you can get. The few competitors that exist are usually cut-down, cheaper models with compromised experiences, where the 13 mini is a full iPhone, just condensed.

It isn’t the best Apple phone this year; it’s just too small for many things. But if you’ve been hanging on to an iPhone 5S or 2016 iPhone SE because newer models are too big, or you just long for a smaller smartphone, this is the iPhone for you.

Cons: no USB-C, need your own charger, no telephoto camera, screen may be too small for many, not cheap. 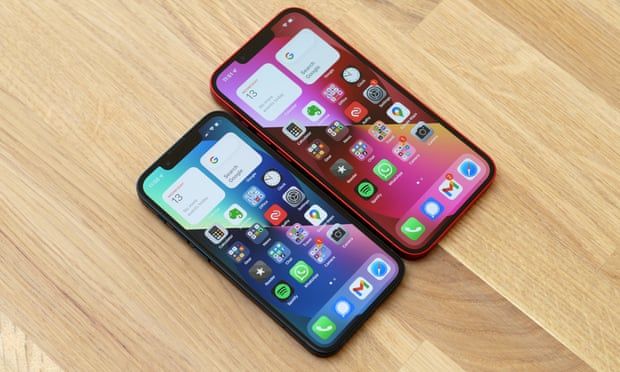