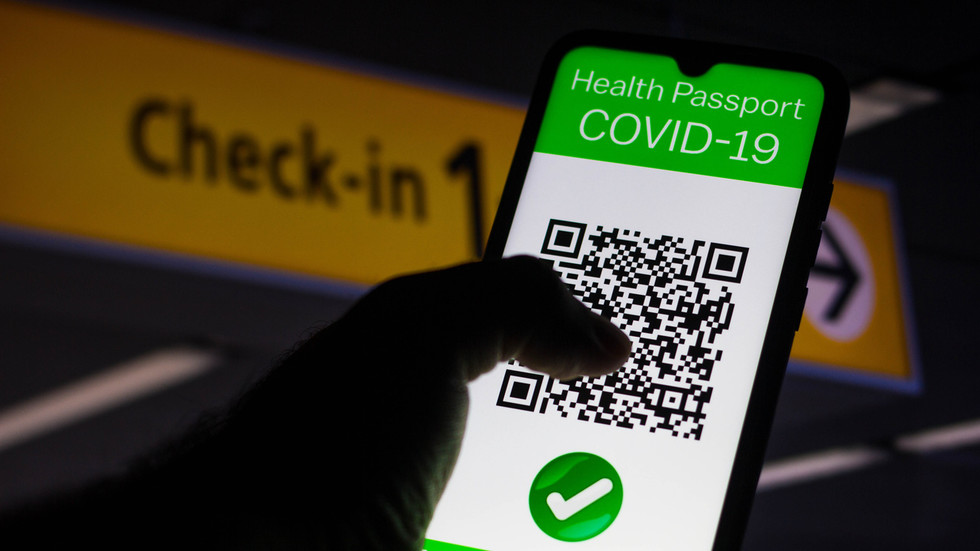 Once a “conspiracy theory” denigrated by the mainstream media, vaccine passports are becoming increasingly common in so-called liberal democracies.

Canada, France, New York and San Francisco now require proof of vaccination for entry into restaurants, gyms and other public venues. Similarly, the Biden administration has made increasing vaccination rates a priority, and wants to mandate that all employers operating in the country with more than 100 employees require vaccination as a condition of employment, though no specific executive order has yet followed.

To mandate, or not to mandate?

Predictably, these measures have been met with protests by critics who say the mandates and passport programs constitute tyrannical overreach. In response, defenders of the policies have been quick to point to laws such as stop signs, red lights and speed limits as restrictions on liberty that are widely accepted. If you accept traffic laws, the argument goes, why not accept vaccine mandates?

However, can the possibility of hitting someone with a car at 80 mph honestly be compared to the possibility of spreading Covid-19? Not according to the fatality rates of the respective tragedies, never mind the fact that this reasoning essentially rests on the faulty premise that if one law implemented for people’s safety is all right, then all other laws that allegedly keep us safe must be acceptable too, regardless of how different the laws or their consequences may be.

And so, in an admittedly more analogous comparison, mandate proponents have begun to use the existence of vaccine requirements for school enrollment as precedent for the deluge of mandates facing adults in Canada, Australia and the US. You already have a vaccine passport, it’s claimed, so surely the Covid-19 vaccine passport is no different.

Does this reasoning hold water? Are those against vaccine passports and mandates really decrying the loss of liberties that were already surrendered? Or is the situation more complicated than that?

To answer these questions, it’s important to note that for some parents, the existence of vaccine mandates for schools is still a point of contention, and far from the forgone conclusion that hobbyist pundits make them out to be. Furthermore, vaccine requirements for children often provide exemptions on the grounds of medical conditions or religious/philosophical objections, exceptions which, hitherto, by and large, have not been given to adults regarding the coronavirus vaccine.

Still though, if we’re to operate under the assumption that mandating vaccines for children is good practice, there remains a difference between mandating medical treatments for children and doing the same for adults.

Legally (and morally), we accept that children cannot consent to make informed decisions about their personal health. This is exactly why, despite keen attempts from LGBT activists, “trans” children taking puberty blockers has proven to be so controversial, and why such children are barred from surgery until they are adults. Moreover, there is also precedent to say that parents, ultimately, do not have the right to put their children’s lives at risk or in danger. Parents can be fined for failing to provide their children with car seats, and can be charged with abuse or neglect if their children are found to be malnourished or otherwise uncared for.

Considering the established dangers of diseases like polio and measles (and the established safety and efficacy of the vaccines that prevent them) the precedent set by school vaccine requirements establishes that the state is able to intervene to protect children from health risks that they are not able to weigh themselves.

Trying to apply this same logic to adults, however, is both nonsensical and dangerous. After all, if adults, like children, can't decide on which vaccinations to take, or what health risks are acceptable, what decision-making will be taken from us next?

Additionally, it is worthwhile examining which diseases have mandated vaccinations for school enrollment. According to the Centers for Disease Control and Prevention (CDC), 30% of measles cases carry complications, including pneumonia, encephalitis or death. When it comes to polio, which children are at the highest risk of contracting, around 1% of cases lead to paralysis. For illnesses like this, it can be said that the reward clearly outweighs the risk, but does the same hold true for Covid-19?

Thankfully, the recovery rate for Covid-19 is estimated to be up to 99.75% in the general population, with outcomes even more optimistic for children. And in terms of transmission, the upper estimate of Covid-19's R0 (the number of people that a sick person will infect) is 2.5, well below those of measles (12 to 18), polio (5 to 7), or even chickenpox (10). Although the R0 of the Delta variant has yet to be firmly established; it is thought to be higher, at between 6 to 8, it has not been shown to be any more severe in children who do contract it.

Is this to say that Covid-19 isn’t real, or a tangible threat to specific age groups and those with underlying conditions? Of course not. But to say that more severe (or even as severe) measures need to be taken to combat it than the demonstrably more dangerous measles is simply not in line with what science tells us about the respective risks of these diseases.

The comparisons between mandated vaccines for school and Covid-19 vaccine passports also raise comparisons between the vaccines themselves. To be clear, the CDC and Food and Drug Administration (FDA) have maintained the safety of the Pfizer, Moderna and Johnson & Johnson vaccines. But considering that five Scandinavian countries are now barring the use of the Moderna vaccine in people under 30 or 18, or halting its use entirely, citing concerns over heart inflammation (particularly in men), and that studies specifically examining the vaccine’s effects on pregnancy and women’s menstrual cycles have yet to be completed, it seems at the very least premature to compare these relatively new vaccines to ones that have been used for generations.

If it’s true that all vaccines (like any medical treatment) carry some chance of adverse side effects, and the side effects of the Covid-19 vaccines, as rare as they may be, are yet to be fully documented, should the choice of whether or not to vaccinate really be taken away?

There is also a difference in the function of the Covid-19 vaccine when compared to vaccines for illnesses like polio and measles. Traditionally, vaccines provide immunity and therefore halt the spread of contagions entirely with respect to the vaccinated individual. As has been confirmed after numerous studies, however, this is not how the Covid-19 vaccines perform; vaccinated people can still become infected with and spread the virus.

Therefore, if eradicating Covid-19 was the goal of vaccine mandates and passports, arguments for civil liberties aside, such policies would be less effective than testing requirements or even temperature checks, now that we know how rare asymptomatic spread is.

A final issue of consideration for those hoping to excuse Covid-19 vaccine passports on the basis of vaccination requirements for schools is the scope of the laws in question. Schools traditionally and understandably are able to collect all manner of information on their students, including grades, behavioral problems and home life situations (for example, is the student currently in foster care?). And considering that medical histories (such as disabilities and allergies) are also relevant to primary and secondary schools, it’s not unthinkable that vaccination history would also fall under the purview of school administrators.

However, can the same be said about any of the places that are now being included in vaccine passport programs? Has it ever been acceptable, outside of the past several months, for people to need to provide such intimate details to other establishments, such as stores, restaurants, movie theaters, gyms or even airlines?

The answer, obviously, is no.

The supporters of vaccine passports and mandates may try to act as if these new policies are not previously unheard of restrictions on our daily lives, however, that is simply not the case. Argue for their necessity if you must (though I will still disagree), but at the very least, please be honest in your desire to completely upend society and the concept of state control as we know it.