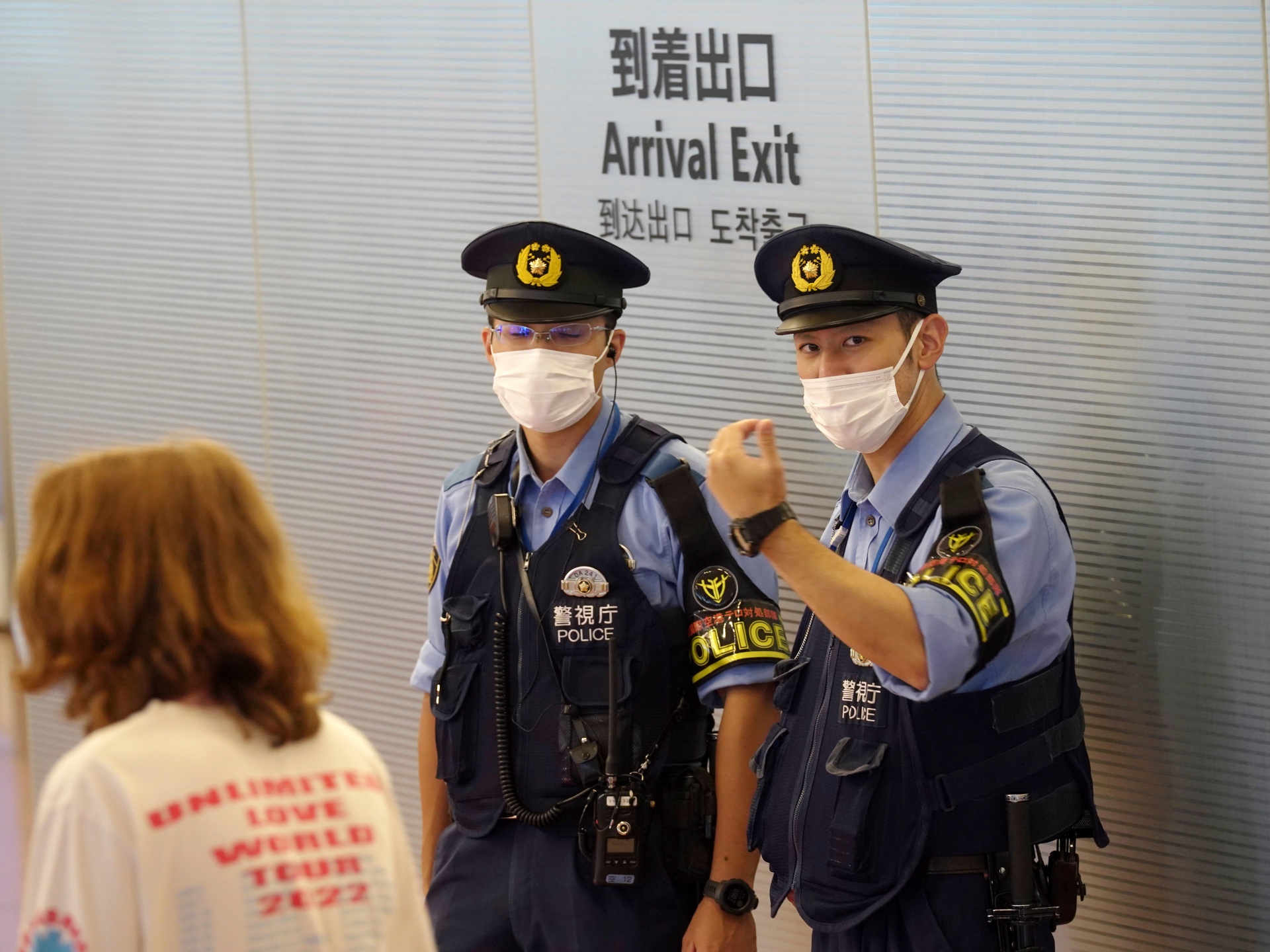 As COVID-hit China opens up to travel, others secure their doors

Japan joined India Tuesday in imposing restrictions on Chinese visitors as Beijing relaxed its norms for travellers.
Japan will tighten border controls for COVID-19 by requiring tests for all visitors from China starting Friday, Prime Minister Fumio Kishida announced, even as Beijing said it would scrap mandatory quarantine for overseas arrivals.

The developments come days after the World Health Organization (WHO) said it was very concerned about rising reports of severe cases across China after the country largely abandoned its “zero-COVID” policy.

Beijing, while acknowledging a surge in cases, has downplayed the spread of the virus after spending the best part of three years locking down entire neighbourhoods and cities over a handful of infections.

On Tuesday, it said that it would downgrade its coronavirus threat levels on January 8, and would start allowing mainland residents to travel abroad more easily. Outbound travel by Chinese tourists, for years a mainstay of the global tourism industry, had shrunk to almost zero since 2020. Additionally, passengers arriving from abroad will no longer have to quarantine, though a negative test result within 48 hours of departure and in-flight masks are still required.

China has been “refining our COVID response in light of the evolving situation” while working with the global community, Chinese Ministry of Foreign Affairs spokesperson Wang Wenbin said.

Yet even as Beijing has given its go-ahead for the country to open up, other governments — worried about the spike in cases in China — are raising barriers for the entry of Chinese visitors.

In Japan, the quantitative antigen test that is already conducted on entrants suspected of having COVID-19 will be mandatory for all people arriving from mainland China. Those who test positive will be quarantined for seven days at designated facilities and their samples will be used for genome analysis.

The measure begins Friday, just as Japan heads into New Year’s holidays marked by parties and travel, when infections are expected to rise.

Kishida said China’s lack of information-sharing and transparency about the infections made it difficult to assess and figure out safety measures. There are huge discrepancies between information from central and local authorities, and between the government and private organisations, he said.

“There are growing worries in Japan,” Kishida said. “We have decided to take a temporary special measure to respond to the situation.”

But Wang appeared to offer subtle criticism of the border measures adopted by Japan and India. “China believes that the pandemic measures should be science-based and appropriate and should not affect normal personnel exchanges,” he said.

Japan’s new measure aims to “prevent rapid increase of infections in this country” and is not intended to stop the global movement of people, Kishida said. Japan will act flexibly, while watching the development in China, he added, including halting the planned increase of flights between Japan and China “just to be safe.”

Direct flights between the two countries will be limited to four major Japanese airports for the time being, government officials said.

“The measure is not going to affect Japan’s policy to continue with our ongoing transition toward a ‘with-COVID’ lifestyle carefully and steadily while watching the infections at home,” Kishida said.

Japan stopped requiring COVID-19 tests earlier this year for entrants who had at least three shots – part of the country’s careful easing of measures after virtually closing its borders to foreign tourists for about two years.
#Coronavirus  #COVID-19  #Covid