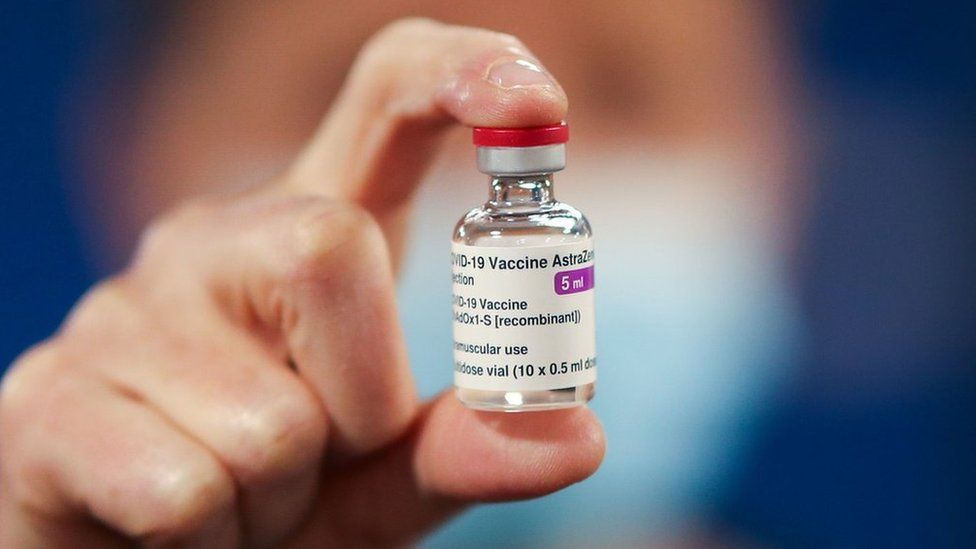 AstraZeneca vaccine: How do you weigh up the risks and benefits?

For most people currently being offered the Oxford-AstraZeneca vaccine, the benefits clearly outweigh the risks.

But the UK's Joint Committee on Vaccination and Immunisation (JCVI) has recommended that - because of an "extremely small" number of cases of blood clots in some who have had the jab - people under 30 should be offered other vaccines.

Everyone's choice is different - weighing up the risk of potential side effects against the chance of contracting coronavirus and perhaps becoming seriously ill, or even dying.

We don't know enough to be able to plug the data into a calculator and get a simple, exact answer tailored to you.

But here's the best information we currently have on the possible risks and benefits.

The events are so rare, we need to start off with a huge number of people to make sense of them.

So, let's take a figure of 10 million imaginary people.

What are the risks of blood clots with the AZ vaccine?

Regulators are continuously combing through the details of the rare clots that have occurred to work out how many might be caused by vaccination.

Assuming the worst - that they all are - we can do some ballpark calculations to get a sense of the risks.

Based on the figures announced today by the UK medicines regulator, if 10 million imaginary people were given the AZ vaccine you might expect to see 40 of these clots - with about 10 clots having fatal consequences.

Ten deaths out of 10 million people vaccinated is a one-in-a-million chance.

That's roughly the same risk as being murdered in the next month or - if you get in a car and drive for 250 miles - the risk of you dying in a road accident on that journey. 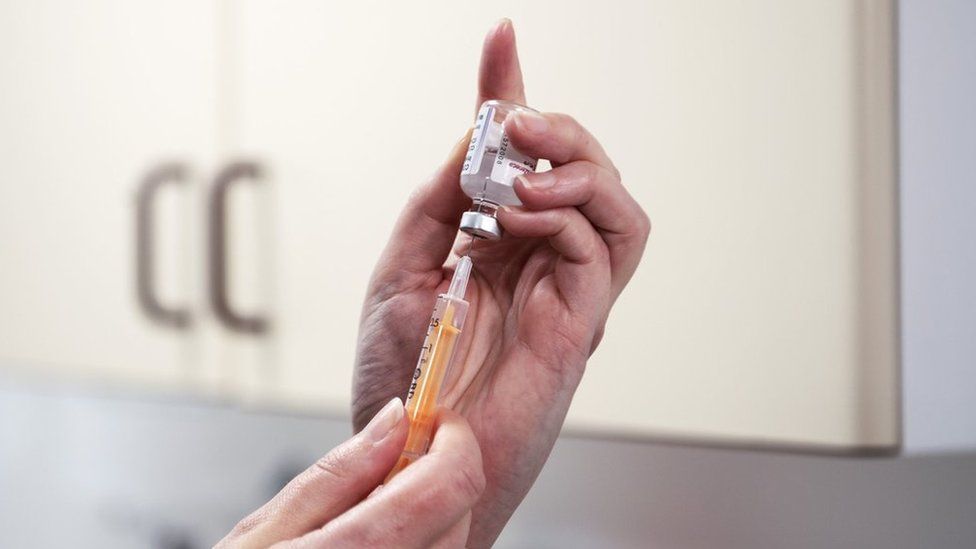 How does that compare to the normal risk of these clots?

Roughly 40 men and 100 women in our imaginary group of 10 million might expect to have one of these clots in any given year without vaccination, with more seen in younger people.

That's about 12 a month - so seeing a larger number in just a few weeks after vaccination is part of the picture of higher risk.

One review of this condition says that about three-quarters of those people would go on to make a good recovery, but a small number, say one or two people, might die within a month of the clot.

The European medicines regulator has said that by mid-March, they might have expected to see between one and two cases of this clot in people under 50 given the vaccine, but they had seen 12 - about nine times higher than they would expect.

How does that compare to the risks of clots from the pill?

In general, if you're on the pill the risk is about six times higher than if you're not.

So the risks of a clot for those taking a contraceptive pill seem, at first glance, to be in a similar ballpark to the risks potentially linked to the AZ vaccine, but we can't know for sure with the data we have.

To be really sure, we would need to compare them directly in a single study.

And whether or not you take a medicine depends on the benefits, as well as the risk.

What are the benefits of taking the vaccine?

If you delayed vaccinations for our 10 million people by a week, about 16,000 might catch coronavirus, based on current levels of the virus.

If they were all older adults, say 60-year-olds, maybe 1,000 would end up in hospital and 300 of them might be expected to die, far more than the 10 deaths from clots after vaccination that we mentioned earlier.

But for younger adults the risks of hospitalisation or death are considerably lower.

Given the same number of infected 40-year-olds, 16 might be expected to die. And the number of expected fatalities would be even lower for people in their 20s and 30s.

So for younger age groups the choice over whether to have the AZ vaccine is not as clear cut, especially when there are so many uncertainties in all these figures.

But death isn't the only issue. About a quarter of people who end up in intensive care with Covid have some form of clot resulting from the virus.

And long Covid is more likely to affect 30-year-olds than 70-year-olds. On average, just over 2,000 of our group would still be dealing with Covid symptoms three months later, and more than half of them would be limited in their daily activities by those symptoms.

While there's no simple number for everyone, for most people with a high risk of catching Covid or dying from Covid, the current data suggests very strongly "your chances of remaining alive and well will go up if you take the vaccine and will go down if you don't" as JCVI member Adam Finn explains.

But it does change for younger people.

England's Chief Medical Officer Prof Chris Whitty says: "The closer you get to someone who's right down at 20, and otherwise blameless in their health, the more you have to think through these really very rare side effects - the risk/benefits might get closer to parity."