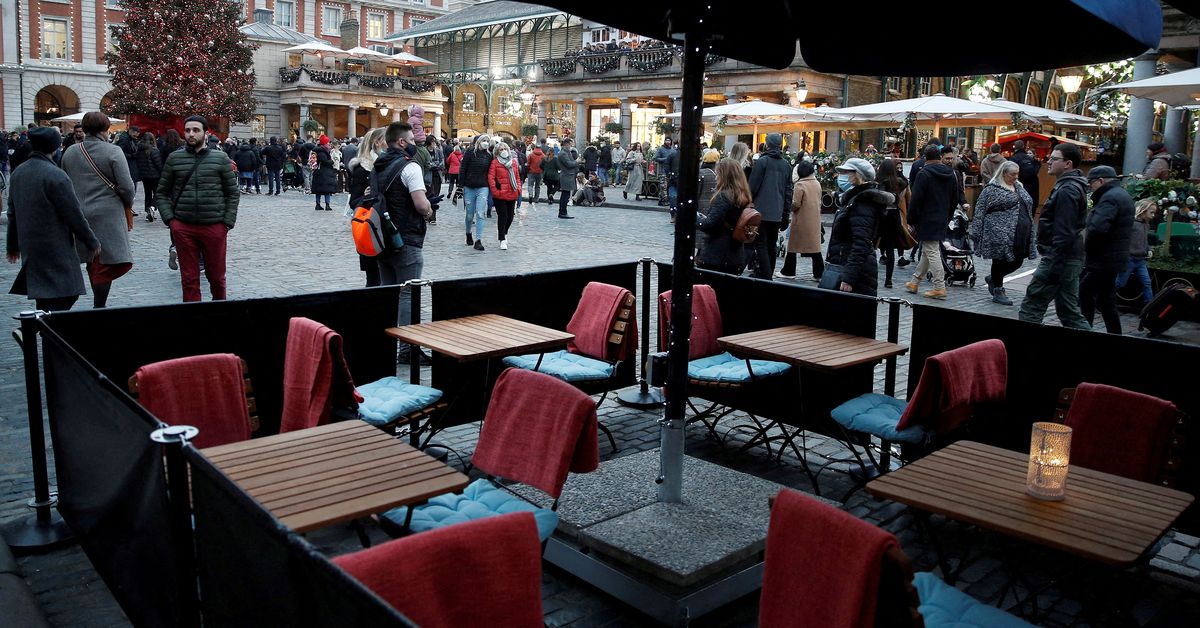 Some of the world's biggest insurers are bracing as a second wave of multi-million pound lawsuits, brought by struggling British pubs, restaurants and bakery chains over lockdown losses, starts hitting London's courts next week.
Zurich (ZURN.S), MS Amlin (MITSID.UL), Liberty Mutual, Allianz (ALVG.DE) and AXA are among those due in court one year after Britain's Supreme Court ruled that many insurers had been wrong to deny thousands of companies, battered by the COVID-19 pandemic, business interruption payouts.

Insurers have since paid out 1.3 billion pounds ($1.8 billion), according to the Financial Conduct Authority. But the ruling did not cover all policy wordings and, where it deemed claims valid, some companies are now disputing payout levels.

Companies and insurers have been at loggerheads over whether business interruption policies provide cover for COVID-related losses since government lockdowns in March 2020 shuttered shops, bars and restaurants.

Corbin & King, the owner of London's Wolseley and Delaunay restaurants, starts offwith a High Court trial on Monday that has been accelerated through the courts because of its interest to other policyholders.

It is suing AXA for around 4.5 million pounds in a dispute that hinges in part on the scope of "denial of access" cover, designed to protect insured venues that are shut by public authorities on health grounds.

Other businesses have potentially tens of millions of pounds riding on the outcome of the case, said Mark Pring, partner at law firm Reed Smith.

"We have clients sitting there who are very interested because their wordings are either materially similar or overlap," he said.

Three other companies are also taking on their insurers in closely-watched disputes that focus in part on the aggregation of losses: whether policies have been triggered multiple times during the pandemic and qualify for multiple payments.

A trial, which will also examine whether government support payments can be deducted from claims, is scheduled for June.

The three insurers allege their liability is limited to 17.5 million pounds, of which 14.5 million has been paid, according to court documents. They declined to comment on Friday.

Multi-million pound claims have also been filed by sandwich-to-pasty chain Greggs (GRG.L) against Zurich and by Strada and Coppa Club owner Various Eateries (VAREV.L) against Allianz.

Various Eateries and Allianz said in a joint statement they were seeking a ruling on "a number of issues" left unresolved by the Supreme Court. Greggs declined to comment.