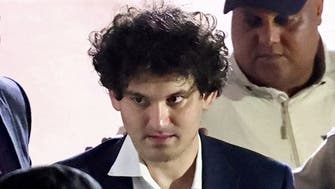 Sam Bankman-Fried’s criminal case over the collapse of his FTX cryptocurrency exchange has been reassigned to a judge recently known for handling defamation lawsuits against former US President Donald Trump and a sexual abuse lawsuit against Britain’s Prince Andrew.
US District Judge Lewis Kaplan replaces his colleague Ronnie Abrams, who recused herself on Friday after learning that the law firm Davis Polk & Wardwell, where her husband is a partner, advised FTX in 2021.

Known for his no-nonsense demeanor in the courtroom, Kaplan, a judge since 1994, oversees two civil lawsuits by former Elle magazine columnist E. Jean Carroll accusing Trump of defaming her by denying he raped her in a Manhattan department store dressing room 27 years ago.

Trump has sought the dismissal of both lawsuits, including a battery claim.

The US Department of Justice accused Bankman-Fried of causing billions of dollars of losses related to FTX, once the second-largest cryptocurrency exchange, including by using customer funds to support his Alameda Research crypto trading platform.

Bankman-Fried has acknowledged risk-management failures at FTX, but said he does not believe he is criminally liable for what prosecutors called a “fraud of epic proportions.”

After being extradited to New York from the Bahamas to face the charges, the 30-year-old Bankman-Fried was released on Thursday on a $250 million bond, and required to remain under detention at his parents’ California home. He has not entered a plea.
#Donald Trump