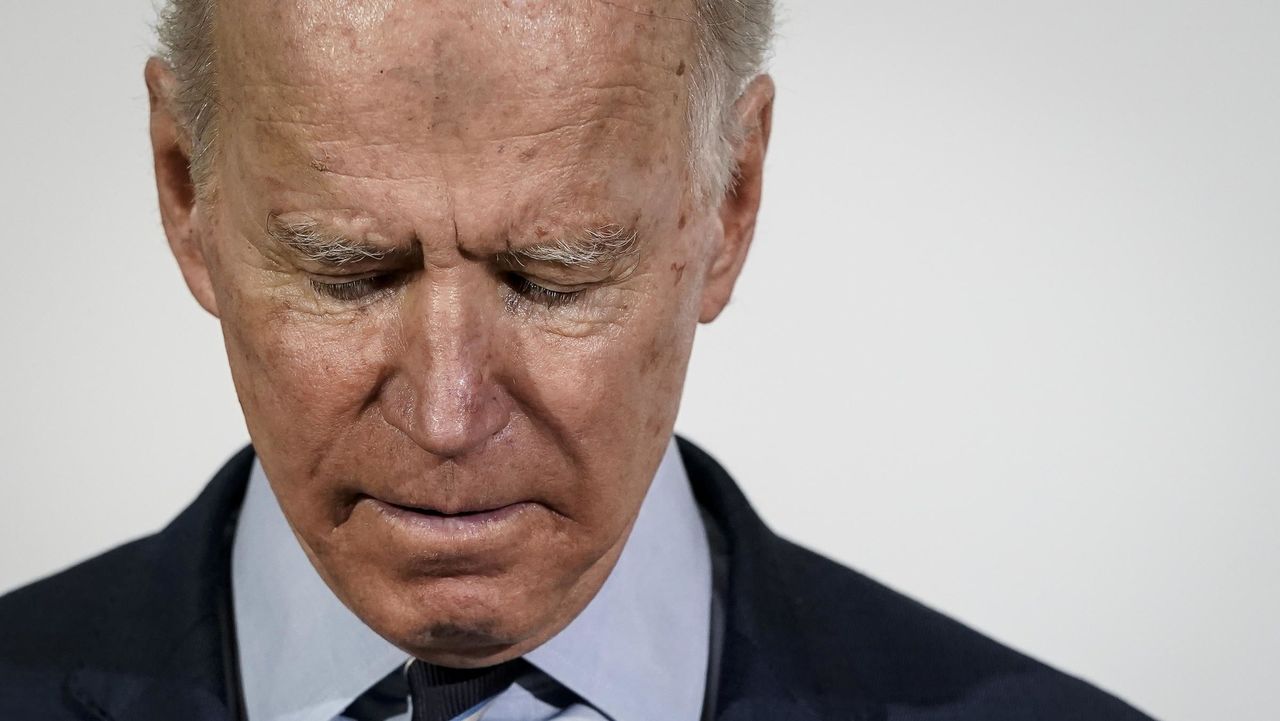 President Biden’s approval ratings have been epically low, but on a Thanksgiving Day stop at a New England Coast Guard station they suddenly reached the single digits.
A Nantucket man presented Biden’s motorcade with the middle finger Thursday as the unpopular commander in chief made the holiday stop during his stay at a billionaire’s island compound.

Biden’s approval ratings are in collapse amid the highest inflation in 31 years, which has driven up the costs of everything from turkey dinners to gas, and he’s increasingly been greeted with vulgar gestures and chants even when visiting deep-blue states.

White House pool reporter Zolan Kanno-Youngs wrote that there was a generally friendly welcome when Biden’s motorcade made the visit but that reporters “did spot one gentleman standing on his porch giving the middle finger to the presidential motorcade as we neared the coast guard station.”

Other spectators gave the thumbs up and applauded. “One person appeared to [be] wearing a dinosaur costume. A couple people wore turkey hats,” according to a pool report.

Biden and first lady Jill exchanged niceties with sailors at the station before returning to their vacation home, which is owned by billionaire David Rubenstein.

The president presented Coast Guard members with “challenge coins” that some members of the military collect to commemorate their service.

This year, inflation has driven the cost of the classic Thanksgiving dinner of turkey and sides up 14 percent, according to the American Farm Bureau Federation.

The US Department of Agriculture said last week that the cost of Thanksgiving foods such as turkey, sweet potatoes, green beans, milk and potatoes was only up 5 percent on average. Its unclear why the tally was lower than the private-sector estimate.

Biden has received ugly welcomes during other recent trips to the heavily Democratic Northeast.

And last month, Biden told a child on a Connecticut playground that “I like kids better than people” — as a crowd nearby bellowed “F–k Joe Biden!”

Former President Trump also regularly drove past protesters. In 2007, a DC resident memorably “mooned” Trump’s motorcade as he made a trip up Connecticut Avenue from the White House.
#Afghanistan  #Joe Biden