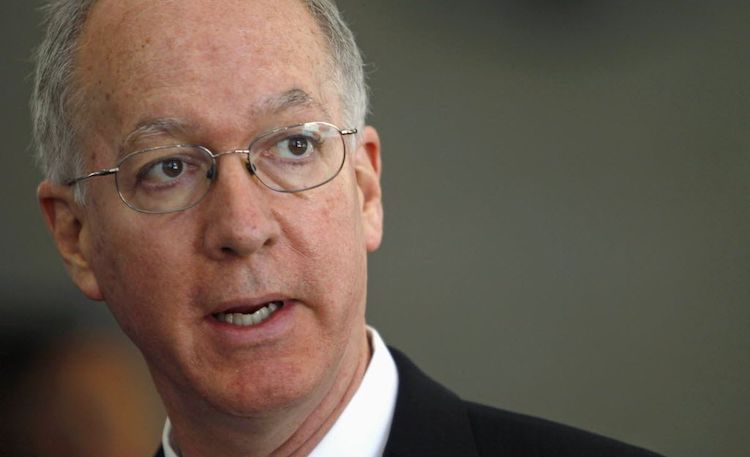 Bill Foster: Government Should Be Able to Reverse Crypto Transactions

A U.S. congressman, Bill Foster, has called for a bill that allows the government to identify cryptocurrency users and reverse crypto transactions.

“There’s a significant sentiment, increasing sentiment, in Congress that if you’re participating in an anonymous crypto transaction that you’re a de-facto participant in a criminal conspiracy.”

Democratic Rep. Bill Foster of Illinois, who is also co-chair of the Congressional Blockchain Caucus, talked about cryptocurrency regulation during an Axios virtual event Tuesday. Speaking about the problem of ransomware attacks and how criminals are asking for bitcoin and not cash, the congressman said:

“There is a fundamental difference between crypto assets and real-world assets. That’s an important distinction that we must make ultimately in the law.”

Emphasizing that laws must be passed to allow federal courts to identify crypto users and reverse transactions in bitcoin or other cryptocurrencies, he said:

“You have to be able to go to a court to unmask participants under some circumstances.”

The congressman discussed “The condition under which we can reclaim” cryptocurrencies, such as ransoms paid to criminals, noting that it is one of the fundamental decisions which has to be made about crypto assets.

He gave an example.

“If someone dragged you into an alley and put a gun to your head and say get out your cell phone and transfer all your bitcoin to my wallet. Are you just out of luck or can you go to court, have them unmask the participant.”

“Can the court — if they decide that the transaction was fraudulent, criminal, or mistaken … use its access to very heavily guarded key, cryptographic back door, in a sense, that allows them to cryptographically reverse transactions on a blockchain.”

The lawmaker claims that such tools are necessary for the government to protect itself, the people and companies from ransomware attacks, like the one suffered by Colonial Pipeline.

“I’ve just said about three things there that will drive the crypto purists berserk, like the trusted third party and so on.”

Foster further said that cryptocurrencies must become compliant with federal regulations and laws for them to ever become mainstream instruments for conducting transactions. Replying to a question about how the U.S. would regulate cryptocurrencies given their global and borderless nature, he affirmed, “We’re going to have to establish a law between the legal and illegal regimes here,” elaborating:

“There’s a significant sentiment, increasing sentiment, in Congress that if you’re participating in an anonymous crypto transaction that you’re a de-facto participant in a criminal conspiracy.“

Many people took to social media to ridicule the congressman and his attempt to reverse bitcoin transactions, stating that he does not understand how bitcoin works. Some responded to Foster’s criminal allegation, stating that they are “not de-facto criminals.”