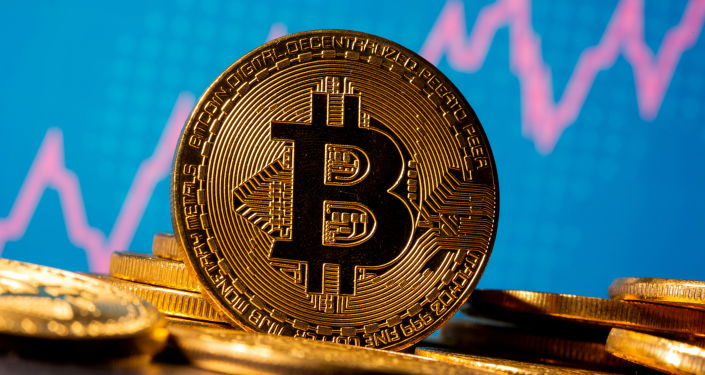 Bitcoin Reaches 3-Month High at $45,791 Per BTC After Major Drop

The popular cryptocurrency rallied last year, reaching an all-time peak of $63,346 per coin by the middle of April 2021, before suffering a staggering dive down to around $30,000 per BTC. This is the second time in history the digital token is rapidly growing in price.
The price of Bitcoin (BTC) has reached a 3-month high at $45,791 per token, a level previously seen on 17 May. BTC gained 2.38% in the past 24 hours, with the overall market capitalisation of the digital token hitting $858 billion.

The return to the $45,000 price level comes as Bitcoin’s value continues to rebound after it sustained a major drop in May 2021. The cryptocurrency's price tanked in light of a June decision by China to ban financial institutions from using cryptocurrencies in any operations, as well as banning crypto mining activities in the country. Prior to this crackdown, China was among the biggest cryptocurrency markets in the world and one of the main miners of BTC and other tokens.

The price of BTC reached a six-month low on 21 June at $29,608 per token, but has since started to rise again. Many popular cryptocurrencies also suffered a similar plunge in price after a May decision by China, but have since partially recovered from the drop.