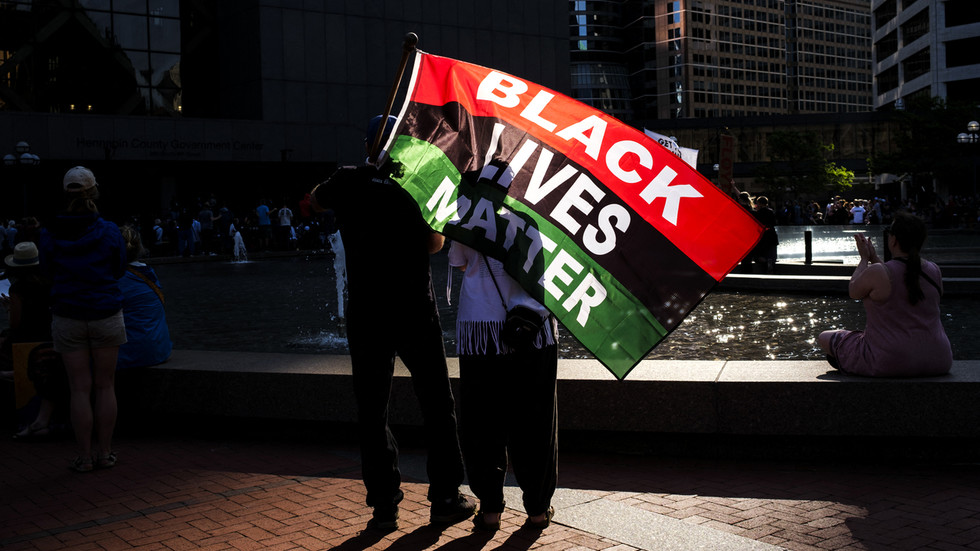 The woman illegally registered to vote six times despite being on probation for previous crimes, a judge found
A court in Tennessee has sentenced Pamela Moses, the founder of the BLM chapter in Memphis, to six years and one day in prison, Shelby County District Attorney General Amy Weirich announced on Monday.

The 44-year-old activist was found guilty of illegally casting her ballot while being on probation for a slew of previous crimes, including tampering with evidence, forgery, perjury, stalking and theft of under $500 in 2015.

Evidence-tampering is of particular importance on that list, since a person convicted of that crime in the state of Tennessee permanently loses their voting rights.

Judge Mark Ward accused Moses of tricking the “probation department into giving you documents saying you were off probation,” which enabled the woman to vote “six times as a convicted felon.”

Moses, in turn, claimed she was simply unaware she was still on probation at the time, insisting that she “did not falsify anything.” According to the BLM activist, all she did was “try to get my rights to vote back the way the people at the election commission told me.” She also insisted no one ever told her she would be stripped of her voting rights when she pleaded guilty to evidence-tampering and other crimes in 2015.

Moses discovered she was still on probation and could not appear on the ballot back in 2019, when she attempted to run for Memphis mayor. The woman consulted a judge, who confirmed to her she was still on the rolls. However, the activist went on to consult an officer at her local probation office as she suspected the judge might have miscalculated her sentence. That official erroneously signed documents certifying that Moses’ probation was over.

A few days later, that same officer realized he’d made an error and contacted election officials. In an email, the corrections department clarified that the woman was not eligible to vote.

However, prosecutors argue, by then Moses had already submitted the certificate to restore her voting rights "and signed an oath as to the accuracy of the information submitted,” despite knowing full well she was still ineligible to vote.

Moses, who is expected to appeal the decision, may be released on probation after serving nine months, according to local media. For the judge to commute her sentence, the activist will have to behave herself while behind bars and participate in prison programs.

Meanwhile, the National Association for the Advancement of Colored People Legal Defense and Educational Fund denounced Moses’ sentence on Thursday. The group charged that “Pamela Moses, a Black woman, has been sentenced to six years in prison because of a voting error,” pointing out that “white individuals who are known to have committed blatant voter fraud have only received probation.”