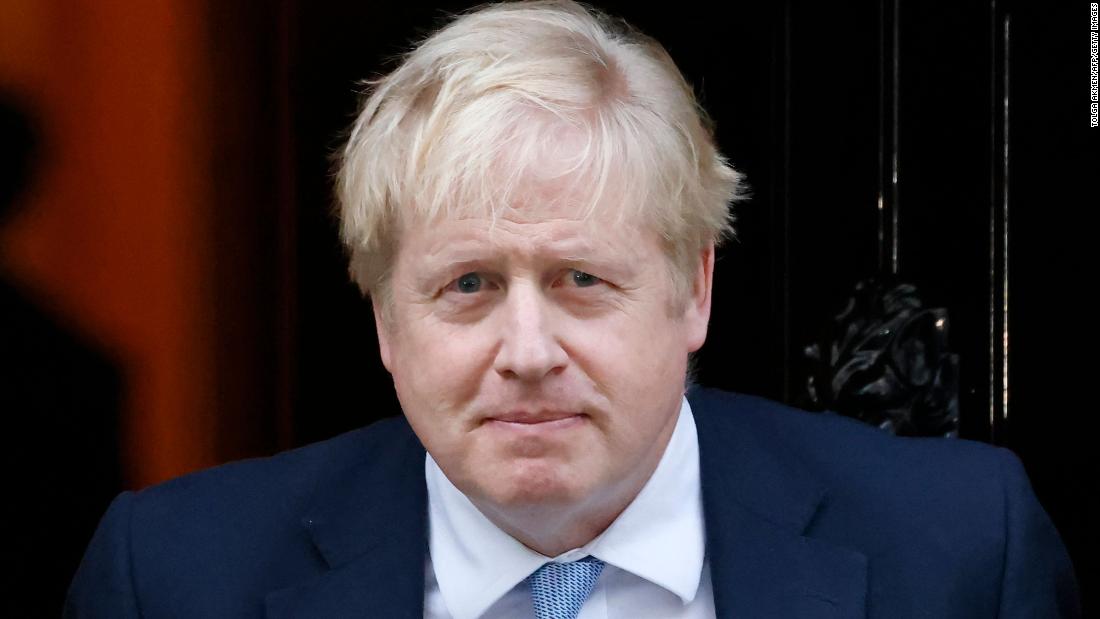 Boris Johnson condemned over 'failures of leadership' in 'Partygate' report

British Prime Minister Boris Johnson was fighting to save his flailing premiership on Monday after a damning investigation uncovered multiple parties, a culture of excessive drinking and a "failure of leadership" in his government while the rest of the country was living under strict Covid-19 lockdown rules.

The long-awaited report by senior civil servant Sue Gray condemned "a serious failure" to observe the standards of government, and said a string of mass gatherings were "difficult to justify" while millions were unable to meet their friends and relatives.

It also revealed that the police are investigating at least 12 events -- including at least two Johnson attended, and a third held in his flat that he previously told lawmakers did not happen.

Gray's report was heavily neutered due to a simultaneous police investigation, but its general findings were strong enough to leave Johnson's leadership on the precipice. He insisted in Parliament that he "will fix it" and pledged a number of relatively modest reforms of his operation, but faced calls from all quarters that he should resign and publicly lost the support of more of his own backbenchers.

Johnson initially denied a party had taken place in Downing Street, but commissioned the report after a string of media stories revealed several gatherings had. A separate police investigation was launched last week, which prevented Gray from including details in her findings.

Facing furious MPs on Monday after the stripped-down report was published, Johnson said: "I'm sorry for the things we simply didn't get right." He then attempted to draw a line under the scandal, saying he is "getting on with the job."

But in a bruising appearance in the House of Commons that lasted almost two hours he was skewered by lawmakers from all sides. Labour leader Keir Starmer called Johnson "a man without shame," urged him to resign, and told MPs: "There can be no doubt that the Prime Minister himself is now subject to criminal investigation."

In a dramatic intervention, Johnson's predecessor as Prime Minister and fellow Conservative Theresa May addressed him and said: "Either (he) had not read the rules, or didn't understand what they meant, or they didn't think the rules applied to Number 10. Which was it?" And the leader of the Scottish National Party was removed from Parliament for saying the Prime Minister had lied to the chamber.

Johnson appeared defensive and off point; at one stage he attacked Starmer -- a former chief prosecutor in England -- for failing to prosecute a notorious pedophile, a critique that was dismissed by leading lawyers. He repeatedly ducked questions about which events he had attended and when, saying lawmakers should wait for the police inquiry to conclude.

It remains to be seen whether he will last until then; if enough Conservative MPs trigger a vote of no-confidence, they will have the chance to oust him from office.

And there was yet more bad news for Johnson on Monday, when the Metropolitan Police revealed that officers investigating "Partygate" have been handed more than 300 photographs and 500 pages of information to review.

"I'm deeply concerned by these events," Conservative backbencher Andrew Mitchell said in Parliament. "He no longer enjoys my support."

A report more damaging than thought

Gray's report has had Westminster on tenterhooks for weeks, given its implications for Johnson's political fortunes. But by the time it was handed to Downing Street in its stripped-back format on Monday morning, some had expected its impact to be dimmed.

Instead, Gray's 12-page document listed a series of damning shortcomings. "Against the backdrop of the pandemic, when the Government was asking citizens to accept far-reaching restrictions on their lives, some of the behaviour surrounding these gatherings is difficult to justify," it said.

A total of 16 events on 12 different days were probed, and all but four are also the subject of the police investigation.

Gray hinted at a drinking culture in Downing Street during the pandemic and added that "the excessive consumption of alcohol is not appropriate in a professional workplace."

In introducing her findings, Gray wrote: "Every citizen has been impacted by the pandemic. Everyone has made personal sacrifices, some the most profound, having been unable to see loved ones in their last moments or care for vulnerable family and friends."

She finished her report by writing that the police probe "unfortunately" meant she was "extremely limited in what I can say about those events."

In Parliament, Johnson repeatedly declined to say that the full Gray report would be published when the police investigation was complete, even when pressed by lawmakers from his own side. But Downing Street later backtracked and said Gray would be asked to provide an update to her report once the legal process is over. That update would be published, a spokesman said.

Even following the shortened findings, Johnson struggled to bat back angry interventions in Parliament on Monday afternoon.

He told lawmakers that "yes, we can be trusted," and listed perceived achievements on Brexit and the vaccine rollout. He also said he was "making changes" to Downing Street and the Cabinet Office, creating an Office of the Prime Minister with a permanent secretary, a senior civil servant, to lead Number 10. But he failed to provide answers to dozens of questions about the string of parties he once declined to acknowledge ever happened.

"Whatever your politics, whichever party you vote for, honesty and decency matter," Starmer said. He added that many of Johnson's colleagues "knew in their hearts that we would inevitably come to this one day. And they know that as night follows day, continuing his leadership will mean further misconduct, cover-up, and deceit."

Johnson is scheduled to visit Ukraine on Tuesday to respond to fears that Russia is mounting an invasion. But he will first scrap to maintain the support of his backbenchers, who now hold his fate in their hands.