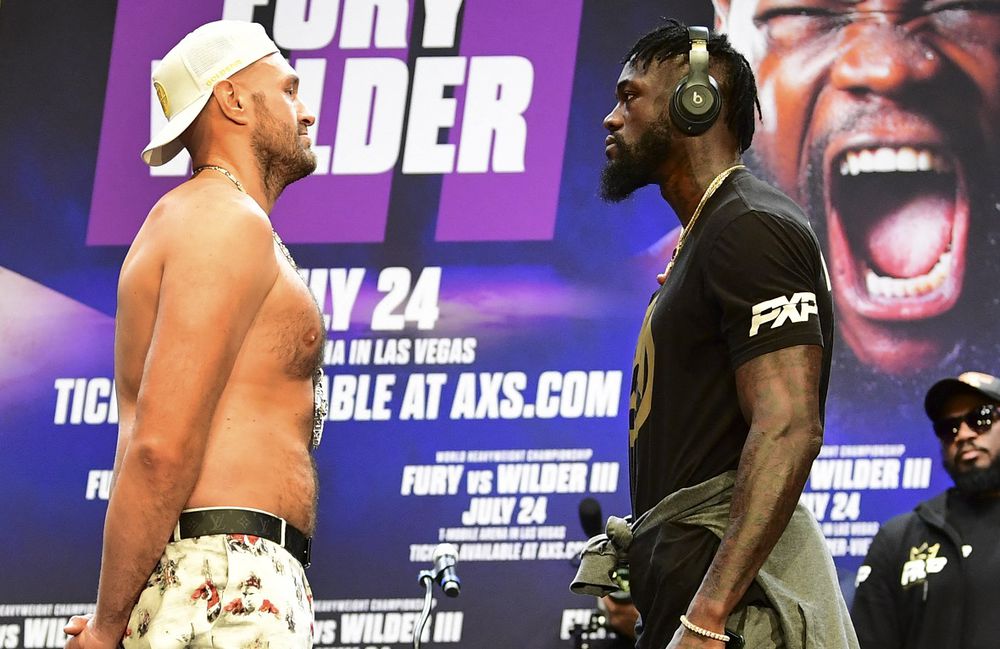 Boxing: Fury vs. Wilder III is postponed until October 9 due to coronavirus

The fight between British boxer Tyson Fury and American Deontay Wilder for the WBC heavyweight title was rescheduled from July 24 to October 9, its promoters confirmed Thursday.
A week ago, the World Boxing Council (WBC) had announced that the fight would no longer take place on schedule due to Fury and several members of his team having tested positive for Covid-19 at their training base. .

After confirming that he tested positive for the virus, Fury stopped training and now has to start a new preparation phase.

The scene of the expected third episode of the rivalry between the two boxers will continue to be the T-Mobile Arena in Las Vegas (Nevada).

"All I wanted to do was smash the 'Big Bum' on July 24, but I guess the beating will have to wait," Fury said. "Make no mistake, I'll be back and better than ever."

The coronavirus contagion was the latest turn of a thorny year for Fury.

However, that fight was thwarted after a contractual obligations put Fury to face Wilder in a third fight first.

"That's why we went to arbitration," Wilder's representative Shelly Finkel said Thursday. “He only wanted what was owed to him. He remains ready to claim his world title on October 9."

Fury (30-0 and 21 KOs with a draw) clearly defeated Wilder after seven rounds in their second fight in February 2020, after which neither of them has stepped into a ring again.

Their first bout, in December 2018, ended in a controversial split decision draw after Fury was knocked down twice.
#Coronavirus  #COVID-19  #Covid