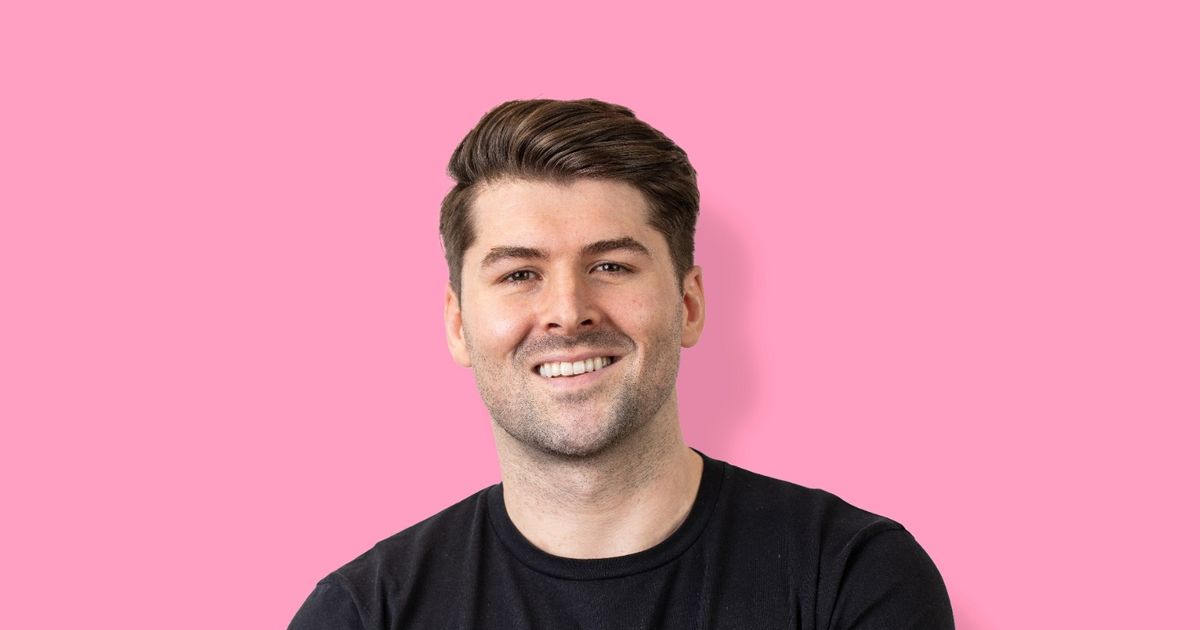 Chris Donnelly, 30, has told his 65 members of staff at Verb Brands not to go to work after the historic match against Italy, regardless of the result. He was declared Britain's Best Boss in April

Britain's 'best boss' has given his staff Monday off after the government refused to promise a last-minute Bank Holiday if England win Euro 2020.

Chris Donnelly, 30, told his 65 workers not to go to work after the historic match against Italy - regardless of the result.

The chief executive of digital marketing firm Verb Brands described the match as a "once in a lifetime opportunity" for England and he wants his employees to enjoy it.

He said: "This could be a once in a lifetime opportunity when it comes to England and I want everyone to enjoy it. Besides, this is about staff welfare. 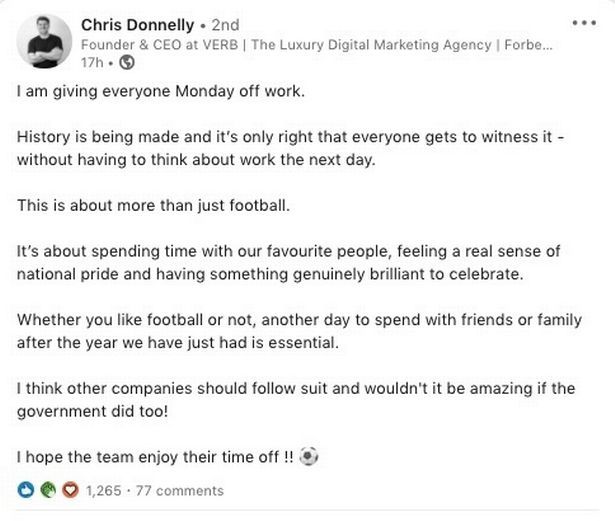 Chris announced his decision on LinkedIn

"With all the stress of the game there will be enough to worry without the thought of work the next day too."

Chris was declared Britain's Best Boss in April when he gave everyone a day off on full pay to go to the pub as bars and shops reopened.

His England LinkedIn post generated more than 1,000 likes as he called for the government to consider an extra Bank Holiday if England win the historic match. 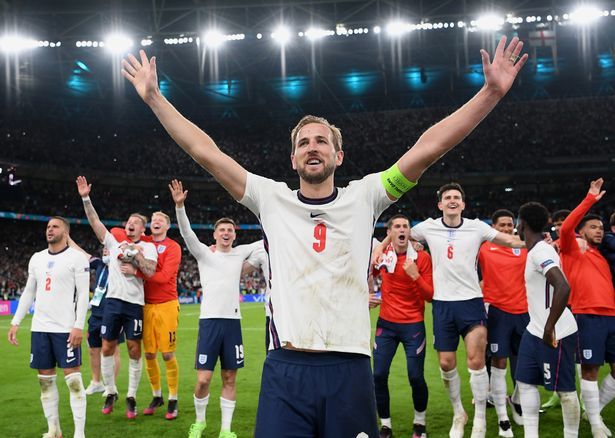 The England team could bring football home this weekend

Chris's post read: "I am giving everyone Monday off work.

"History is being made and it's only right that everyone gets to witness it - without having to think about work the next day.

"This is about more than just football.

"It's about spending time with our favourite people, feeling a real sense of national pride and having something genuinely brilliant to celebrate. 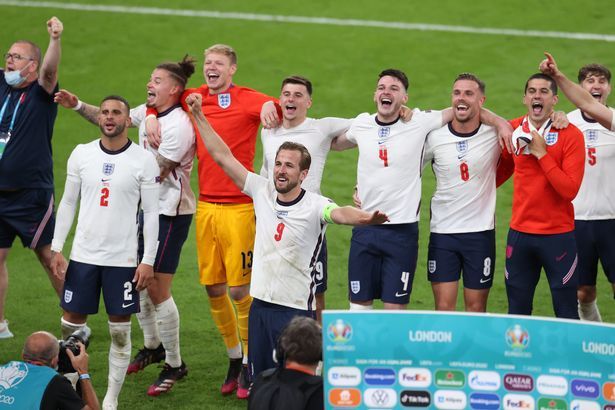 The England team celebrating their victory against Denmark on Tuesday

"Whether you like football or not, another day to spend with friends or family after the year we have just had is essential.

"I think other companies should follow suit and wouldn't it be amazing if the government did too!

"I hope the team enjoy their time off !!"

Boris Johnson has been tight-lipped about committing to an official public holiday in England win.

Yesterday, the Prime Minister said: “I think that would be tempting fate - let’s see what happens.” 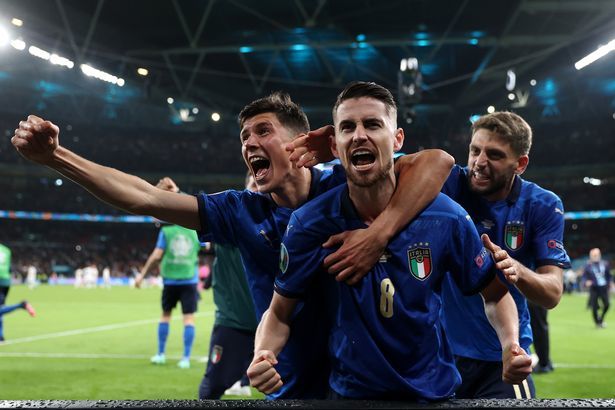 England will face Italy on Sunday

Today, Labour Leader Keir Starmer has backed demands for a bank holiday if the Three Lions triumph over Italy.

Speaking to the Mirror, he said: "The whole country is incredibly proud of what Gareth Southgate and our England heroes have achieved already. History has been made.

"If we win on Sunday, the country should get the chance to celebrate it properly with an extra bank holiday, granted in the name of the England team.

TUC general secretary Frances O’Grady added: “If England bring it home on Sunday, government should allow the country to celebrate by announcing a special bank holiday.

“But it can’t just be a one off. UK workers get fewer bank holidays than most of our European counterparts. The TUC has long called for more public holidays. So come on England!”

The Mirror understands the government is looking at the idea of a bank holiday, or day of national celebration, if England win.