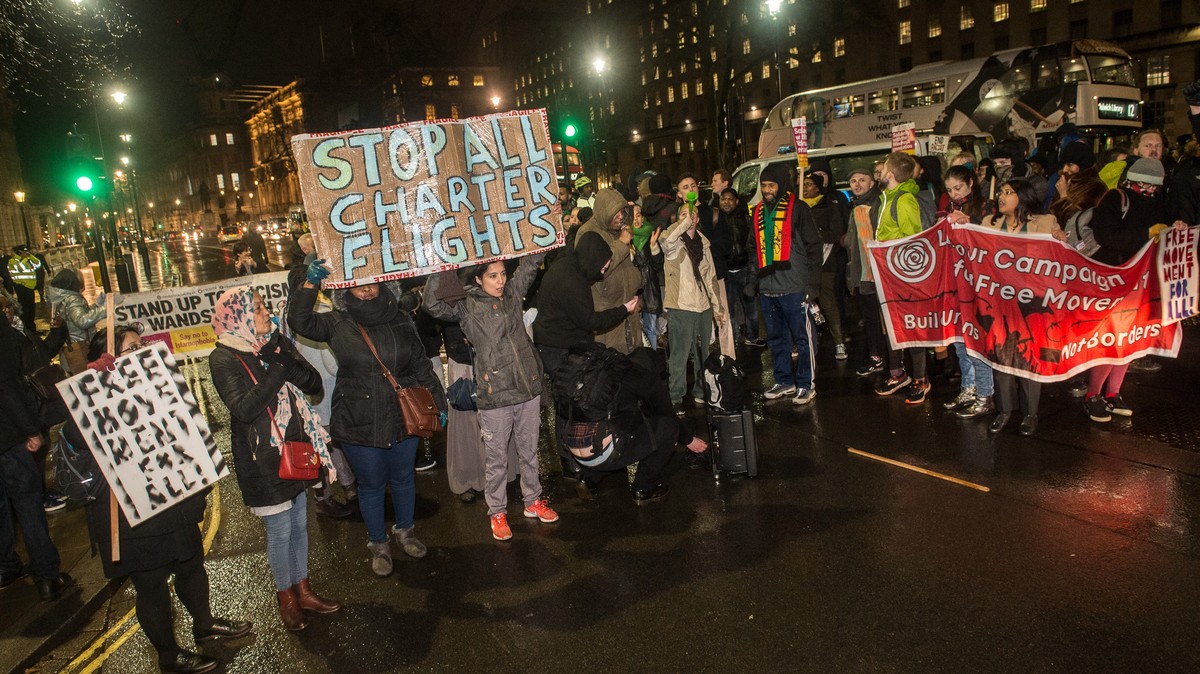 Britain to Deport People for Non-Violent Drug Offences to Jamaica

The UK government has been criticised for chartering a flight to deport up to 50 people including a vulnerable drug user and a man who arrived in the country as a baby.
Campaigners have condemned the UK Home Office for its decision to deport Jamaican nationals who have lived in the UK for over 20 years for drug offences.

On Wednesday a charter flight is scheduled to remove up to 50 people, some of whom are linked to the Windrush generation, after criminal convictions triggered deportation orders.

Karen Doyle, of Movement for Justice, an immigrant rights campaign organisation, told VICE World News that almost half of the 20 people she has spoken to who are being put on the flight are being deported for non-violent drug offences.

One of the men due to be deported – despite a pledge made by the UK government in November that it would stop deporting Jamaican nationals who came to Britain as minors – arrived in the UK when he was two years old.

Now 23, the man has a baby son, a partner and an elderly mother living in London. As a child he had a tough upbringing and was in trouble with the police multiple times as a young teenager. When he was 18 he received a four-year sentence for supplying Class A drugs, which include heroin and cocaine, a conviction that led to him being moved on Wednesday straight to London’s Colnbrook immigration centre instead of being released.

“It feels unfair to send me back to a country I don’t know. I did nursery, reception, primary school, and secondary school in England. I haven’t been in an aeroplane or left here since I was two,” he told the Guardian earlier this week.

Another of those due to be flown out next week is a highly vulnerable, addicted drug user with long term mental health problems, who has been living in the UK for 20 years and has three British children.

Now 48, his health deteriorated after losing his young son aged nine. Since being diagnosed with schizophrenia and becoming addicted to crack cocaine, he has been in and out of drug treatment and has been prescribed psychiatric medicine for over a decade.

In 2010, according to court documents, he was caught selling small amounts of Class A drugs to police officers pretending to be drug users and sentenced to three years in 2010. Since being released in 2012 after serving half his sentence, and despite his ongoing addiction and mental health problems, he has not committed any offence. Yet in July he was taken from his home and locked up in Colnbrook, where he was left without medication for four days.

Doyle said the man has suffered “nightmarish withdrawal symptoms, crying and screaming for his medication.” He has a history of serious suicide attempts and is at high risk of suicide while detained because he said he “would rather die than be sent back to Jamaica”.

“The government likes to stress that these charter flights are all about deporting dangerous criminals, rapists and murderers,” Doyle told VICE World News. “But in our experience the majority at risk of being on the flight are there for drug offences that most people would not consider dangerous enough to warrant being ripped from your home and family to somewhere you have little connection with.

“It is well documented that black people face disproportionate sentencing for drug offences and are more likely to be picked up in stop and searches. These deportations are particularly unjust.”

This week it was revealed that five people have been killed in Jamaica in the past year after being deported from the UK by the Home Office.

Responding to its plans to deport the group next week, a Home Office spokesperson said Thursday: “People who come to this country and commit crimes should be expected to be removed. That is why we regularly operate charter flights to different countries – to remove foreign offenders, and those who have no right to be in the country but refused or failed to leave voluntarily.”