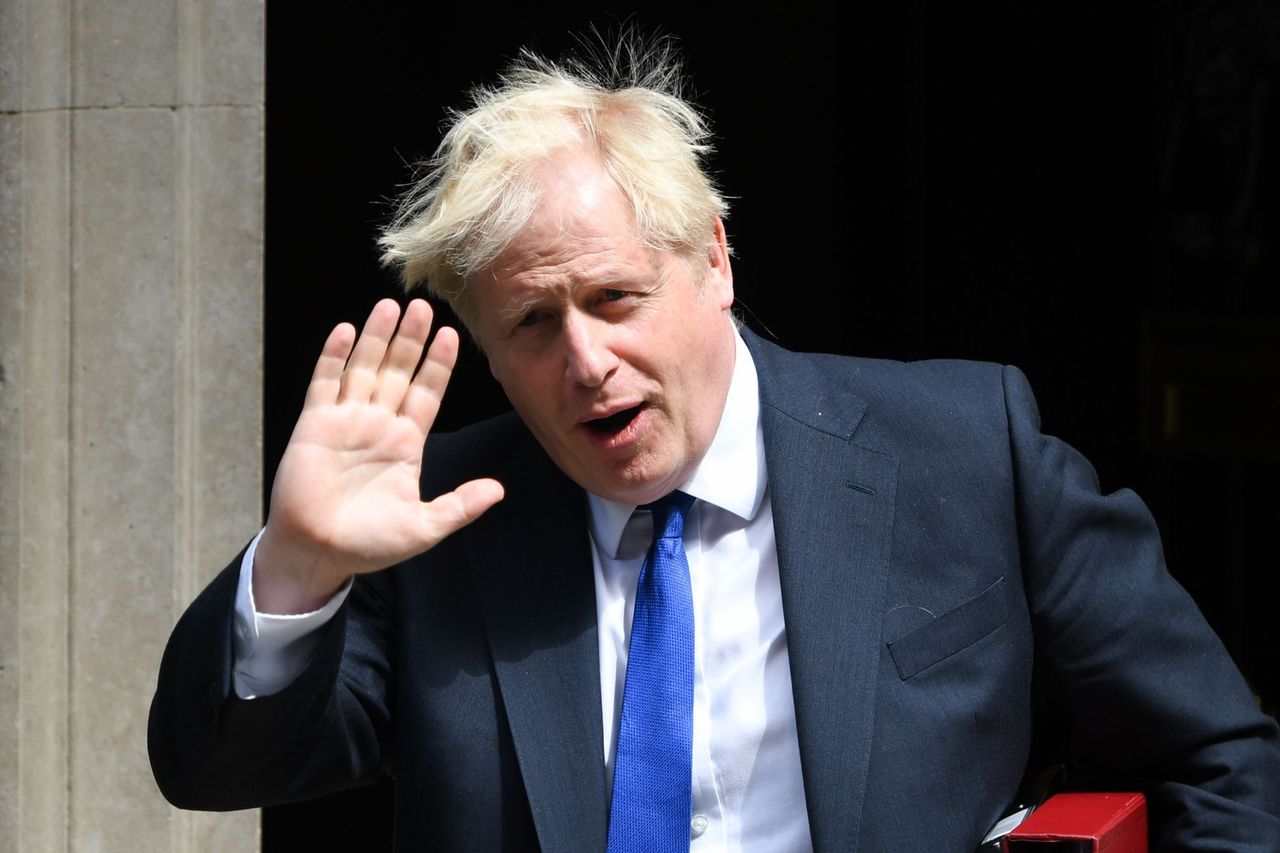 Canadian businessman Sam Blyth agreed to guarantee the huge credit facility for his distant cousin in December 2020 before it was taken out in February 2021, a newspaper report claims.

Mr Blyth was considered, between late 2020 and early 2021 – when the guarantor arrangements were being put into place – for a position as chief executive of the British Council, a non-departmental public body, the Sunday Times states.

One source told the paper Mr Johnson had been close to “going broke”, and the line of credit was said to have been made available for his living costs, including divorce payments.

The Cabinet Office’s propriety and ethics team approved the arrangement in December 2020 after Mr Johnson asked for the advice of cabinet secretary Simon Case, the report added.

The latest revelations come after the Independent revealed a bitter split among warring Conservatives over whether Mr Johnson should be restored as leader of the party given his history of scandals, and if so how. It was just a few months after the credit arrangement was made that a row broke out about the lavish refurbishment of the flat above No 11 Downing Street by Mr Johnson and his partner.

Mr Case and Cabinet Office officials are said to have been unaware of Mr Blyth’s application for the quango, having been assured that there were no conflicts of interest.

Mr Blyth, reportedly worth $50 million, is said to be a friend of Mr Johnson’s father, Stanley Johnson with their mothers said to be cousins.

A spokesman for the former PM said: “Boris Johnson did not in any way assist with, and was unaware of, any application by Sam Blyth, formal or informal, to serve in any position whatever with the British Council, and neither was anybody in No 10 who was acting on his behalf.”

They added: “As far as he is aware no one in No 10 either knew about this alleged application or did anything to advance it.”

There is no suggestion of any wrongdoing by Mr Blyth. He told the Sunday Times: “I am aware of the statement Boris Johnson is making and can confirm the accuracy of his account.”

A Cabinet Office spokesman told The Independent: “Advice was sought, proper process was followed and appropriate safeguards put in place. All ministers are expected to follow the rules as set out in the ministerial code in terms of making declarations and seeking advice as necessary.”

The former PM’s wife Carrie Johnson reportedly made free use of Mr Blyth’s villa in the Dominican Republic in early 2022, before Mr Johnson and the whole family holidayed there in October.

Mr Johnson has argued that use of the Dominican Republic villa did not need to be registered because its free use came from a family member providing a personal benefit.

It comes as reports suggest Mr Johnson – who currently represents the marginal Uxbridge and South Ruislip constituency – could be planning to seek a “deal” with Rishi Sunak.

The former PM – hit by claims he joked about an “unsocially distance” party at No 10 during Covid curbs – is said to be willing to back off from a leadership push against his rival in exchange for a safer seat at the next general election.

But Mr Sunak dismissed the idea, telling broadcasters during a visit to Scotland: “I think the former prime minister has declared his intention to stand in his current seat in Uxbridge.”

And a spokesperson for Mr Johnson also rejected the suggestion he could be seeking a different seat, saying: “This is untrue. Boris Johnson is fully supporting the government and is standing in Uxbridge and South Ruislip at the next election.”

Mr Sunak also defended the system for declaring MPs’ donations but did not offer any comment after Mr Johnson received £1m from a Tory donor.

The huge donation ever received by a MP came from Christopher Harborne, Brexiteer and crypto investor based in Thailand. “In general, we have procedures in place to make sure all donations are declared transparently, which I’m sure is the case here,” PM said.

Meanwhile, The Independent has revealed that a split has emerged among Tory supporters of Mr Johnson over how best to put him back in power.

Tory MP James Duddridge, who said Mr Johnson was “still in play”, added: “The constitution of the party is really quite complex. It is not the answer to our problems”. Another MP called the CDO push “b*****ks”.

But Lord Cruddas said: “It’s not a surprise to hear some MPs don’t want to change the rules, because they hold the balance of power.”
#Boris Johnson  #Johnson  #Covid