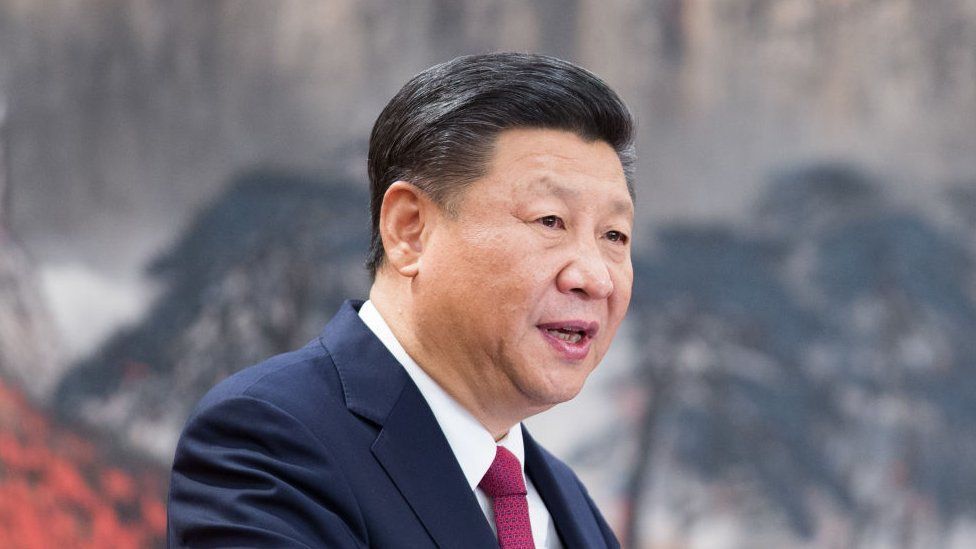 For decades life in China had evolved around its home-grown version of let-it-rip capitalism.

Despite being technically a "communist" country, the government had put its faith in trickle-down economics, believing that allowing some people to become extremely rich would benefit all of society by dragging it out of the disastrous quagmire of Chairman Mao's Cultural Revolution as quickly as possible.

To an extent it worked. A large middle class has emerged and people in virtually all strata of society now have better living standards as a result.

From the stagnation of the 1970s China has been thrust to the top of the pile, now challenging the United States for global economic dominance.

But it left a chasm of income disparity.

It is there to be seen in the children of those who were in the right place and the right time.

Parents who were able to take over factories in the 1980s made exorbitant profits which have paid for their progeny to now drive flashy sports cars around gleaming cities, zooming past the construction workers who wonder how they will ever be able to afford to buy a home.

The get-out-of jail card for the Party had always been the phrase "with Chinese characteristics".

The concept of socialism - "with Chinese characteristics" - allowed the government massive philosophical leeway to run a society which, in many ways, was not very socialist at all.

General Secretary Xi Jinping appears to have decided that this is no longer acceptable.

The Chinese government, under his leadership, has started putting the Communist back in the Communist Party, at least to some extent. 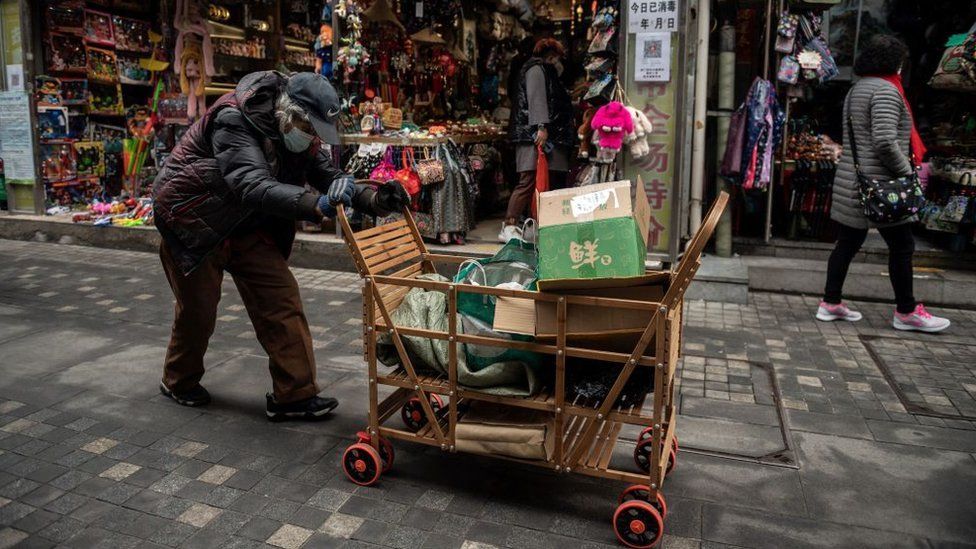 The new catchphrase is "common prosperity".

It hasn't really appeared yet on the street side propaganda posters but this can't be far off.

It is now the cornerstone of what China's leader is doing.

Under this banner, targeting tax evasion by the wealthy makes more sense, as do moves to make education more equitable by banning private tutoring companies. The ongoing crackdown on the country's tech giants can also be seen as part of the plan.

So does Xi Jinping really believe in this idea of a communist project? It is hard to be 100% sure but some observers would say it certainly seems that way. 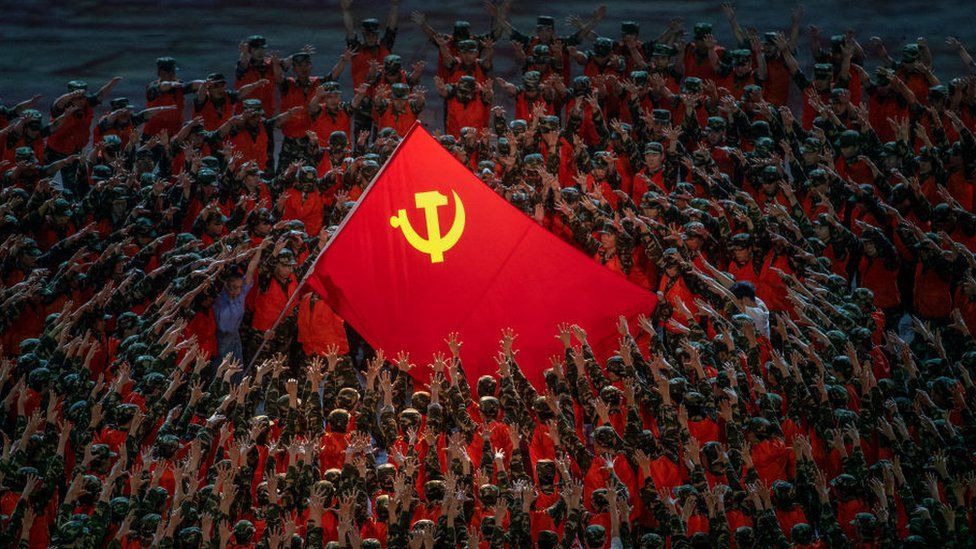 As a comparison, in the past it didn't feel like that with many other Party officials.

The thing is that - along with the wealth redistribution aspects of the communist path - Mr Xi also seems to believe that this means thrusting the Party back into most aspects of daily life, as the only realistic way of achieving what needs to be done.

Kids are being lazy, wasting away their youth playing video games? Party to the rescue: three-hour gaming limit.

Teenagers having their minds poisoned with silly, idol-worshipping television? Party to the rescue: "sissy looking" boys banned from programmes.

Demographic time bomb ticking: Again, the Party has the solution: Three-child policy for all!

At odds with his father's beliefs

To try to understand what has made Xi Jinping the leader he is today you have to take a look at his background.

His father, Xi Zhongxun, was a Communist Party war hero, known as a moderate, who was later purged and imprisoned in the Mao era.

At the time Mr Xi's mother was forced to denounce his father. After his father's official rehabilitation in 1978, he pushed for economic liberalisation in Guangdong Province and reportedly defended one of China's most progressive leaders Hu Yaobang.

Given the persecution of Mr Xi's father at the hands of Communist Party zealots, given his father's inclination towards reform, many have asked why Xi Jinping now seems to be taking the Party in a direction which would appear to be at odds with his father's beliefs?

There are various possible explanations.

Perhaps he simply disagrees with his father's line on certain political matters.

Or maybe China's leader intends to pursue a plan which, while different in emphasis to the priorities of his father, will not end up anywhere near the policies of the Mao era. At least not intentionally.

However, it does still seem quite remarkable. 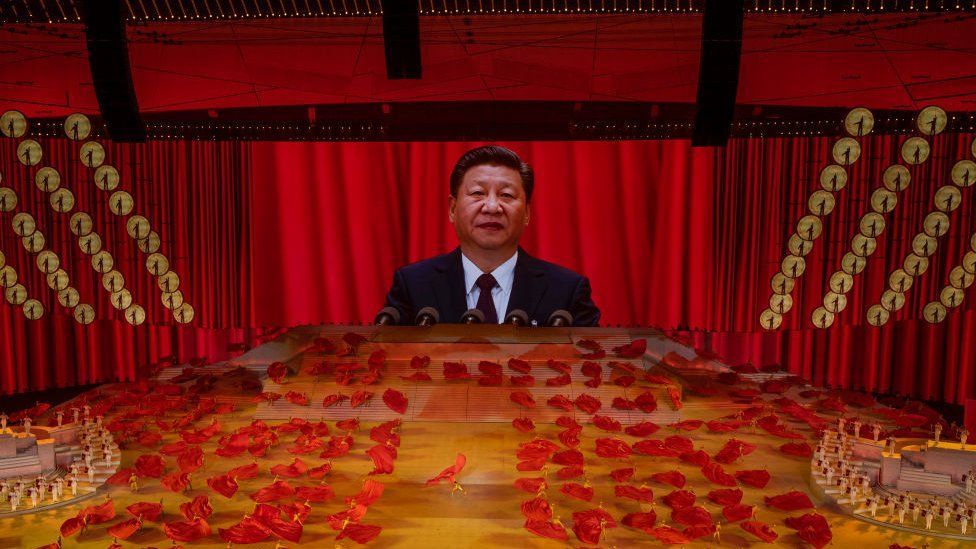 When his father was sent to prison, Xi Jinping, at the age of 15, was made to go to work in the fields for years, living in a cave house.

These tumultuous times clearly toughened him up but could just have easily transformed into a hatred of politics, especially of a hard-line variety.

Some China watchers have speculated that he perhaps believes that only a strong leader can guarantee that China will not return to the chaos of the 1960s and 70s.

And remember the rules have now been changed so that he can remain in power for as long as he likes.

One reason for all this guess work is that we never hear him explain what he is doing in terms of his decisions. China's leaders do not give interviews even with the compliant Party-controlled media.

Mr Xi turns up in rural villages for television opportunities and is welcomed by orchestrated crowds of cheering locals who receive his wisdom on corn growing or other aspects of their work and then he leaves.

So it is hard to predict what new rules, restrictions or guidelines might be placed on economic activity in China or how far any of this will go.

In recent times, barely a week has gone by without a major change to the regulations governing one part of the Chinese system or another.

It has been, frankly, difficult to keep up with them. Many of these changes have come completely out of the blue.

It is not that there is an innate problem with the state controlling various levers of production here. That is for economists to debate in terms of what is most efficient. The problem has been the sudden uncertainty.

How can anybody reliably make investment decisions if they don't know what the ground rules will be in a month's time?

There are those here who see the whole process as a natural part of the country "growing up". In areas which had been unregulated there have needed to be regulations.

If this is the case, then this period of shock tactic transition may be only a temporary state which will eventually calm down as new rules become clear.

But it is by no means clear what the length or breadth of these moves will be.

One thing that is certain is that any shift should be seen through the prism of Xi's "common prosperity" drive at a time when the Party will not give up an inch of its power while implementing it and, in China, you can either get on board this truck or get run over by it.