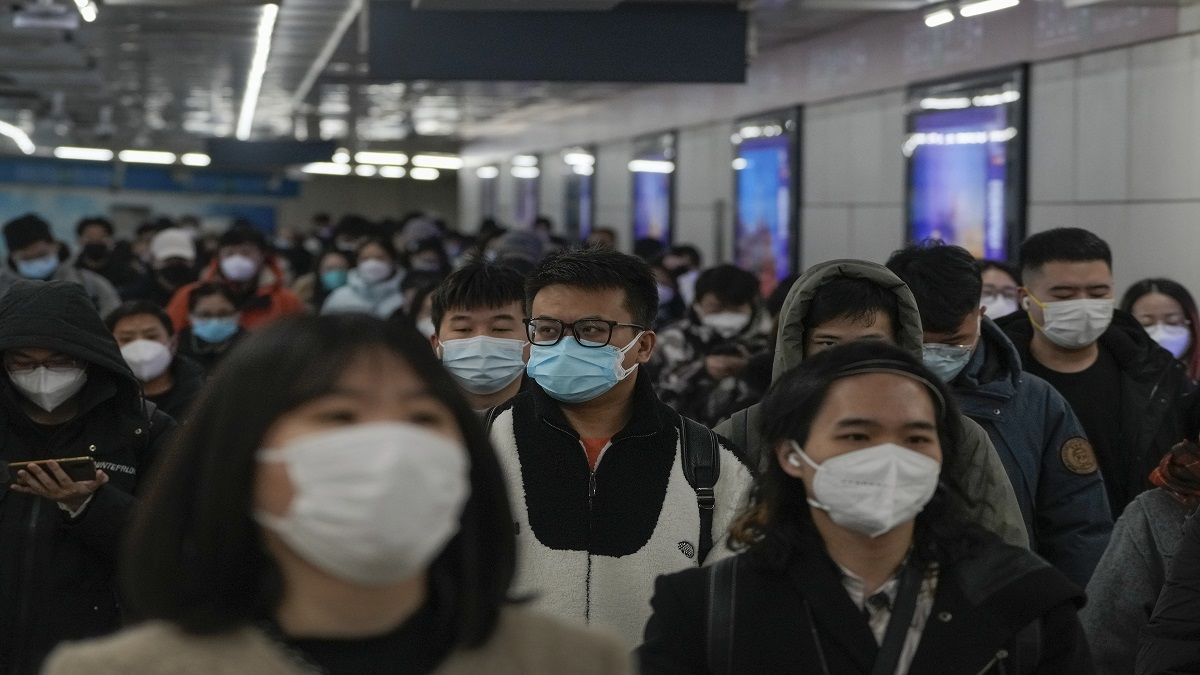 China estimates 250mn people have caught Covid in 20 days. China reports no new Covid deaths despite packed hospitals and crematoriums.
Chinese officials estimate that about 250 million people or 18 percent of the population were infected with Covid-19 in the first 20 days of December, when Beijing abruptly lifted restrictions that had contained the disease for nearly three years.

The estimates — including 37 million people infected on Tuesday alone, or 2.6 percent of the population — were revealed by Sun Yang, a deputy director of China’s Center for Disease Control and Prevention in a health briefing on Tuesday, according to two people. Wednesday. familiar with the case.

Sun said the rate of Covid spread in the country is still rising and estimated more than half of the population in Beijing and Sichuan were already infected, people aware of the meeting said.

The explosion in cases follows Beijing’s decision this month to abandon its former “zero-Covid” policy, which kept the virus at bay through mass testing, mandatory quarantine and draconian lockdowns.

Sun’s numbers, which were provided in a closed-door meeting, contrast with data from the National Health Commission, which reported just 62,592 symptomatic cases of Covid during the same period. Last week, China stopped publicly trying to track the total number of infections after authorities restricted testing for Covid.

China’s lack of publicly disclosed information about its Covid surge has prompted Washington and the World Health Organization to push Beijing to be more transparent about case numbers, disease severity, hospitalization rates and other health metrics reported by other countries. made generally available. .

In the Chinese capital and other cities, the wave of Covid infections has overwhelmed hospitals with an influx of elderly, bedridden patients and has left emergency and intensive care units with few available beds.

The NHC’s official account of the Wednesday event gave few details about what the nation’s top health officials were discussing.

But at the meeting, Ma Xiaowei, director of the NHC, demanded that hospitals clean up their overcrowded emergency rooms and move patients to inpatient wards, according to one of the people who attended the meeting. He also urged medium and large hospitals to admit more patients with severe symptoms and promised regulators would not hold them responsible for rising death rates.

Meanwhile, estimates of 250 million Covid cases cast further doubt on the accuracy of Beijing’s accounting for deaths from the disease. The country has officially reported just eight deaths since December 1. Top health officials this week said they had narrowed the definition of what constituted a Covid death, in a move that reduced the number of deaths among the public.

However, crematoria in the Chinese capital are grappling with a spate of corpses, with the bodies piling up in hospitals visited by the Financial Times in recent days.

Several models, including one funded in part by China’s CDC, have predicted that the country could have up to 1 million Covid deaths as it reopens.
#COVID-19  #Covid