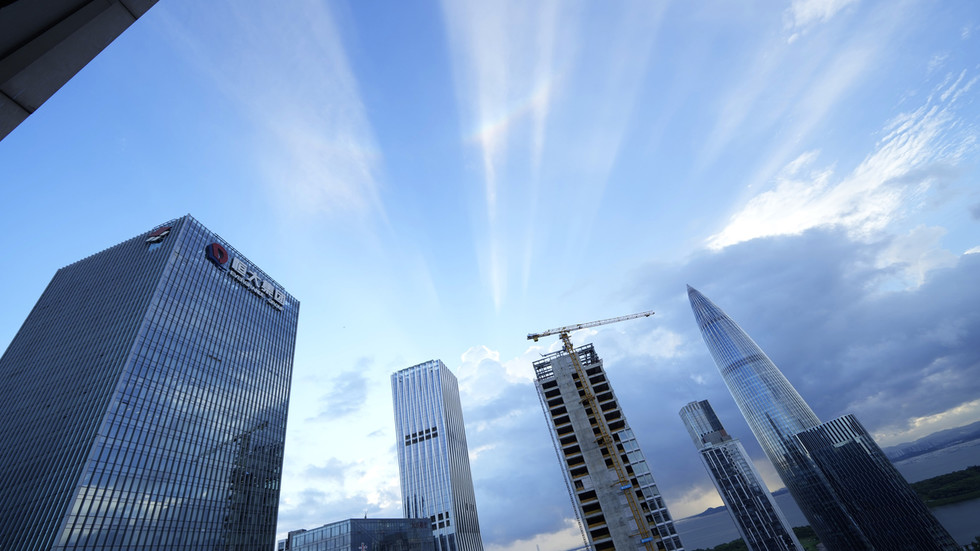 Chinese property developer Evergrande evaded default this week with a last-minute bond coupon payment, which bought the company another week to deal with its $300 billion debt crisis.
According to Chinese state media, Evergrande sent a $83.5 million bond payment to a Citibank trustee account on Thursday, a day before the deadline to pay interest on its US dollar bond.

The heavily indebted company will have to make payments on a range of other bonds, currently amounting to around $300 billion. The next deadline for the bond payment is October 29, when the company will have to pay another $47.5 million. After that, it has nearly $338 million in offshore coupon payments coming up in November and December.

Evergrande’s dollar bond prices jumped on Friday morning after news of the bond payment transfer, data from Duration Finance showed, but then fell in afternoon trading in Asia, pushing several of the company’s other bonds down more than 6%. Evergrande’s shares traded up 4.3% at market closing time, but still showed an 8.8% drop on a weekly basis.

The company has been trying to raise funds over the past weeks, but the attempts have been futile. A $2.6 billion deal fell through earlier this week, when talks to sell a 50.1% stake in Evergrande Property Services arm to Hopson Development Holdings ended in deadlock. Evergrande confirmed the termination of the deal on Wednesday. Earlier, Reuters reported that the $1.7 billion sale of the group’s Hong Kong headquarters failed last week due to an unnamed buyer’s worries over Evergrande’s financial situation.

Meanwhile, in a post on its WeChat account, the company said on Sunday that it has resumed work on more than 10 projects in Shenzhen, Dongguan, and other Chinese cities, adding that some of these projects have entered the interior decoration stage while others have recently finished construction. Still, the prospect of Evergrande’s default puts in jeopardy more than 1,300 real estate projects it has in 280 cities.

If it evades default, Evergrande plans to shift its focus from property development to its electric vehicles business. According to chairman Hui Ka Yan, the company aims to make its new electric vehicle venture, launched in 2019, its primary business instead of property within 10 years. The venture, however, has not yet revealed a production model, nor sold a single vehicle.