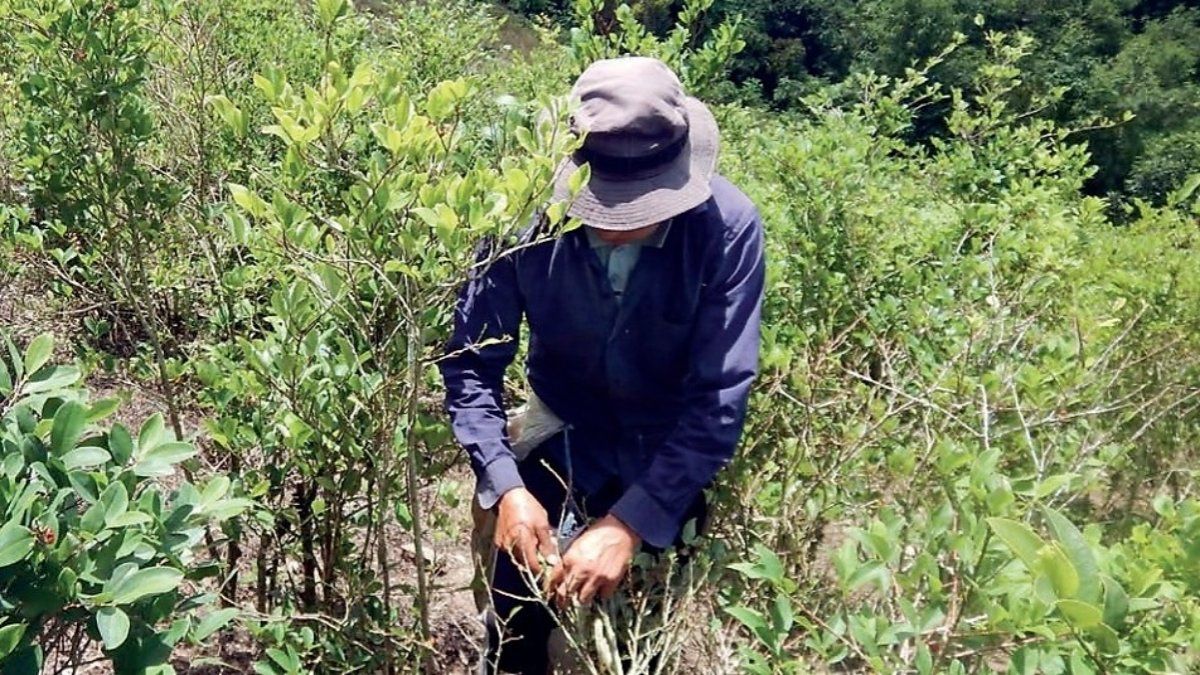 Coca cultivation in Bolivia had a record increase in 2020, according to UN report

According to the UNODC, the coca trade moves between 365 and 449 million dollars each year, just over 1% of the Bolivian Gross Domestic Product.

The cultivated area of coca in Bolivia increased 15% between 2019 and 2020, the largest increase on record, according to a report by the United Nations Office on Drugs and Crime (UNODC) released on Tuesday.

"There is no illegal coca leaf in our country, but there is an unauthorized coca leaf," emphasized the Minister of Government (Interior), Eduardo Del Castillo, during the presentation.

The UNODC representative in Bolivia, Thierry Rostan; the Minister of Foreign Relations, Rogelio Mayta; and the head of cooperation of the European Union (EU) in Bolivia, Emanuel Amaral.

Starting in 2016, this trend was reversed and the planted area grew, with ups and downs, reaching 29,400 hectares last year, including nature reserves.

"Of 22 protected areas [in Bolivia], six have been identified that are affected by coca crops," the document states.

"Four of the six protected areas show an increase in coca cultivation by 2020," he adds.

Originally from the Andes, coca is known worldwide because cocaine, a highly addictive stimulant and popular as a recreational drug, can be obtained from it.

The use of the shrub of the genus erythroxylum, which can reach three meters in height, is a tradition in Bolivia, where it is legal to consume it in its natural state as an energizer, as medicine, in rituals and for research.

"We are confident that Bolivia will do its part. We are waiting for the government to reduce crops to the amount established by law," said the EU official present at the presentation of the report.

In response, Del Castillo pledged to eradicate 9,000 hectares of plantations this year to recover "the international standards that Bolivia had" in the fight against drug trafficking.

After the United States left, the EU became Bolivia's main ally in the fight against drugs, which it finances with tens of millions of dollars.

According to a 2017 law, the authorized area for coca cultivation in this Andean country is 22,000 hectares, which are distributed between the Yungas valley to the west, in the department of La Paz, and the central region of the Tropic of Cochabamba .

The previous rule considered the Tropic as a "surplus production zone" of coca to satisfy the "growth in demand for illicit uses."

In that region is the coca-growing province of Chapare, where Morales emerged as a leader in the violent struggle for the "defense of coca" and took his first steps in politics.

According to the UNODC, the coca trade moves between 365 and 449 million dollars each year, just over 1% of the Bolivian Gross Domestic Product (GDP).

The Bolivian government of leftist Luis Arce, Morales' dolphin, is carrying out a policy of "rationalization" to reduce the surplus of crops in authorized areas and another of "eradication" in the case of prohibited areas.

Authorities blame the drastic increase in coca fields on the interim government of right-wing Jeanine Áñez (2019-2020), accused of participating in an alleged coup against Morales and in preventive detention since March.

They claim that during his tenure the coca management policy that was being developed was interrupted, but the data show that the illicit increase in crops has been going on for years.

The plant, whose habitat is hot and humid valleys between 1,000 and 2,000 meters high, has a fundamental role in Andean culture.

The practice of "chaqchar", "piqchar" or "chewing" consists of introducing the coca leaves in the mouth and moistening them with saliva to form a ball that is kept in the mouth and slowly extract the stimulating substances.

Its consumption as an infusion, called tea or coca tea, is also common.

Some native peoples even consider it magical and "read" its pages as a form of divination.