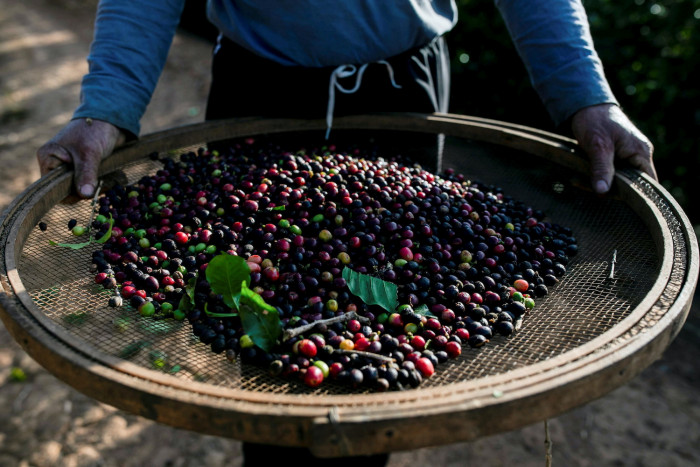 As arabica prices soar, quality could suffer as more roasters consider using cheaper robusta
Coffee snobs have a lot to worry about right now. A global shortage of beans is already threatening to push up prices at cafes and supermarkets. Now, your morning cappuccino or latte might start leaving a bitter taste for other reasons too.

The world is facing a desperate shortfall of arabica coffee, the variety that gives the smoothest flavour and makes up about 60% of world production. Supplies were decimated after extreme weather destroyed crops, and with a La Nina pattern forecast through early 2022 expected to further hurt yields, it could take years for the market to recover.

Arabica prices are surging to reflect the mounting crisis, while global shipping congestion is making it even harder to get beans where they are needed.

“This is not just a short-term issue,” said Kona Haque, head of research at the global commodity trader ED&F Man in London. “It’s actually something that we’re going to be factoring in for the next couple of years.”

Coffee roasters and retailers must now decide whether to increase their own prices. But they’ve got another option too: arabica’s harsher cousin, robusta. Some are already using more of the cheaper variety, which is typically drunk in instant coffees and contains more caffeine that gives it a bitter flavour.

The crisis has its roots in Brazil, the world’s main supplier of arabica, where once-in-a-generation frosts followed droughts to wreak havoc on the crops. Crucially, it’s not just the current harvest that farmers have to worry about, some have been “stumping” or removing badly damaged trees; newly planted ones will take several years to mature. On top of that, they’re also grappling with surging costs for fertilisers and labour shortages.

Arabica bean prices have spiked by about 80% this year. While researchers and analysts are still busy surveying the remnants of Brazil’s damaged coffee harvest, the reports so far are not encouraging.

In the meanwhile, just about everyone in the supply chain is scrambling for beans.

“We have a lot of customers who don’t usually buy from us buying bigger quantities and different origins than what is normal,” says Joanne Berry, head of sourcing and procurement at Tropiq, a Norwegian company that buys high-grade, specialty coffee for roasters around Europe. “We have disproportionate demand, I think, because of the general lack of supply.”

While robusta prices have also risen this year, they have lagged the gains by arabica and are less than half the price. That makes it increasingly tempting for roasters to use more in their products.

Some cafes and brands focus exclusively on one or the other variety, but many use a blend of both to create a specific taste. Arabica is sweeter and typically used in drinks like cappuccinos and lattes, robusta has traditionally been popular in Italy for espresso or freeze-dried for use in instant coffee.

Both varieties have been caught up in the logistics snarl-ups that are gripping the world at the moment. Coffee is shipped in containers, and a global shortage has restricted exports of millions of bags to demand epicentres such as the United States, Japan and Europe.

Vietnam, the biggest exporter of robusta, is expecting a second bumper crop this year, but freight holdups mean exporters are struggling to ship the beans out. Still, unlike arabica, traders know that it’s just a matter of time and the robusta will hit the market eventually.

Of course, many brands and cafes will be reluctant to risk alienating customers by changing blends and flavour profiles. In a small and rough poll of premium coffee stores in the City of London this week, all the staff that Bloomberg spoke to were adamant that there were no plans to add robusta to their mix.

Any switching that does happen globally is likely to be slow, though some roasters in Brazil are already making the change.

Roasters from Nestle to Israel-based Strauss Group Ltd have already flagged that the increased price will eventually be transferred to end-consumers, another example of inflation in the post-pandemic economy. It’s not just coffee bean costs that have risen, said Haque of ED&F Man.

“Coffee roasting companies are also facing higher labour costs and energy bills,” she said. “And because inflation is already being flagged, I think consumers can be almost certain of what’s going to happen.”