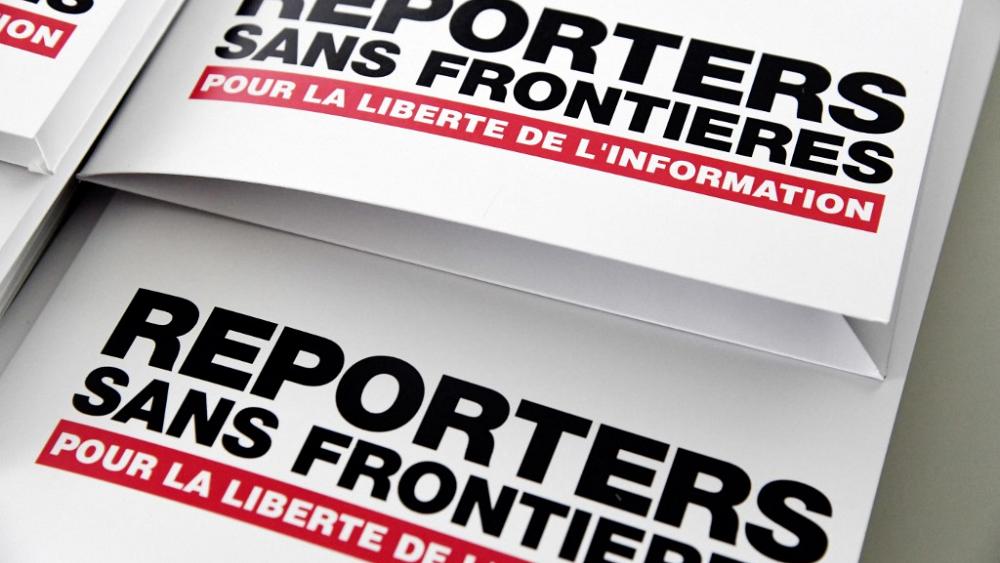 Complaint filed against Facebook over online hate and disinformation

Reporters Without Borders (RSF) has filed a complaint against Facebook in France, accusing the social network of not doing enough to prevent the spread of false information and hate speech.

Euronews has contacted Facebook for a response to the complaint, which has targeted the company's subsidiaries in France and Ireland.

"We have zero tolerance for any harmful content on our platforms and we’re investing heavily to tackle hate speech and misinformation," a spokesperson said.

In their terms of use, Facebook states that users are prohibited from sharing anything that "unlawful, misleading, discriminatory or fraudulent".

"We want Facebook to be a place where people feel welcome and safe to express themselves and share their thoughts and ideas," the spokesperson continued.

"We will exercise professional diligence in providing our Products and services to you and in keeping a safe, secure, and error-free environment."

The company has also stepped up efforts to combat the spread of online misinformation during the COVID-19 pandemic and says they have removed 12 million pieces of content containing harmful misinformation about the coronavirus.

But RSF has claimed that Facebook's commitments to its users are "largely based on false allegations".

"Facebook allows disinformation and hatred to spread ... in contradiction with its general conditions of use and its advertising campaigns," the organisation claimed.

The complaint has also alleged that Facebook has become "the primary hotbed" for baseless conspiracy theories about COVID-19 vaccines in French-speaking communities.

RSF also cited a 2020 UNESCO report which identified Facebook as "the least safe" major platform for violence against women.

Among other evidence provided by RSF are death threats against Charlie Hebdo journalists and the posting of videos such as the documentary "Hold Up", which is accused of relaying conspiracy theories.

According to the NGO, Facebook's failure to tackle the spread of online hate and disinformation constitutes a "misleading commercial practice" under the French consumer code, an offence punishable by a fine of "up to 10% of average annual turnover".

RSF says they have filed the complaint in France because the country's consumer law is particularly well adapted, but have added that they are considering further action.

"As Facebook's terms of service are the same everywhere on the planet, a court ruling in France on their misleading nature could have a global impact," it said.

Facebook has not provided further comment on the legal proceedings but stated that they have "tripled" the size of their safety and security team in the last few years.

"Last month we also introduced special protections for personal Facebook profiles of journalists in France and other European countries," a spokesperson said.

"Our enforcement will never be perfect, but while nobody can eliminate misinformation and hate speech from the internet entirely, we continue using research, experts, and technologies to tackle them in the most comprehensive and effective way possible."