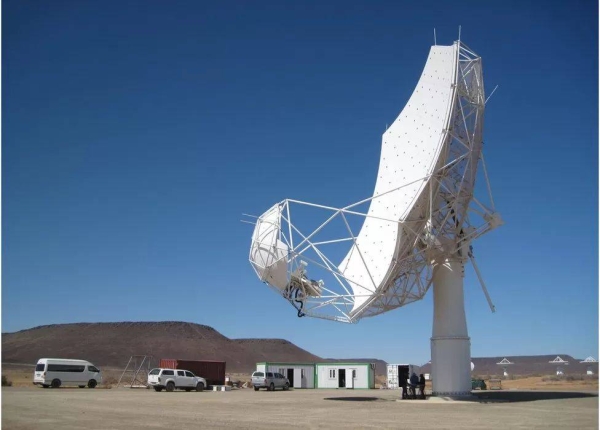 One of the grand scientific projects of the 21st Century begins its construction phase on Monday. The Square Kilometer Array (SKA) will be the largest radio telescope in the world when completed in 2028.
Split across South Africa and Australia, with a headquarters in the UK, the facility will address the biggest questions in astrophysics.

It will perform the most precise tests of Einstein's theories and even search for extra-terrestrials.

Delegations from the eight countries leading the project are attending ceremonies in the remote Murchison shire in Western Australia and in the Karoo of South Africa's Northern Cape.

When the festivities are over, the bulldozers will move in.

"This is the moment it becomes real," said Prof Phil Diamond, director general of the Square Kilometre Array Organisation.

"It's been a 30-year journey. The first 10 years were about developing concepts and ideas. The second 10 was spent doing the technology development. And then the last decade was about detailed design, securing the sites, getting governments to agree to set up a treaty organisation (SKAO) and provide the funds to start," he told BBC News.

The initial architecture of the telescope will incorporate just under 200 parabolic antennas, or "dishes", as well as 131,000 dipole antennas, which look a little like Christmas trees.

The aim is to construct an effective collecting area measuring hundreds of thousands of square metres.

This will give the SKA unparalleled sensitivity and resolution as it probes targets on the sky.

The system will operate across a frequency range from roughly 50 megahertz to, ultimately, 25 gigahertz. In wavelength terms, this is in the centimetres to metres range.

This should enable the telescope to detect very faint radio signals coming from cosmic sources billions of light-years from Earth, including those signals emitted in the first few hundred million years after the Big Bang.

One of the SKA's great quests will be to trace the full history of hydrogen, the most abundant element in the Universe.

The telescope should be able to detect hydrogen's presence even before great clouds of it collapsed to form the first stars.

"The SKA is going to contribute to so many areas of astronomy," said Dr Shari Breen, the observatory's head of science operations.

"One would be these 'fast radio bursts' that have been detected. These things output the equivalent of an entire year's worth of energy from our Sun in just a fraction of a second. And we have no idea what they are. How is that possible? Hopefully the SKA will have an answer."

The telescope is being built in areas already used for radio astronomy on a smaller scale.

To expand these sites, however, has required various land agreements, with farmers in the Karoo; and with the Wajarri Yamaji, the Aboriginal title holders in the Murchison.

The Wajarri community have organised Monday's celebration to inaugurate the SKA.

Various procurement contracts will be announced around the ceremonies.

These will take the total financial outlay to date to just under €500m (£430m) - out of an expected final construction budget of €2bn.

The first major milestone should come in 2024, when four dishes in Australia and six antenna stations in South Africa are made to work seamlessly together as a basic telescope. This proof-of-principle moment will then trigger the array's full roll-out.

By 2028, the SKA will have an effective collecting area of just under 500,000 square metres. But the set-up is such that it can continue growing, perhaps up to the much desired one million square metres, or one square kilometre.

One way this could happen is if more and more countries join the organisation and provide the necessary funds.

The current members are: South Africa, Australia, the UK, China, Italy, Netherlands, Portugal and Switzerland. These countries have ratified the treaty.

France, Spain, and most recently Germany, have got themselves on to the accession path.

Canada, India, Sweden, South Korea and Japan have indicated their intention to join at some point.

"And we're actually in the process of talking to other countries as well, to see what interest they might have in joining the observatory," said Prof Diamond.