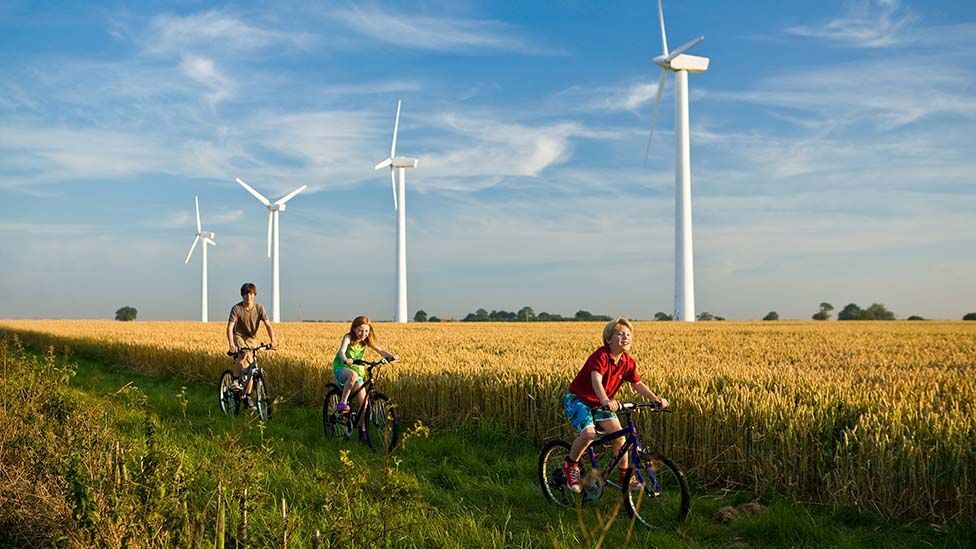 COP26: How might decisions at the climate summit change our lives?

A deal has been agreed and signed at the climate summit in Glasgow, you might be left wondering what - if anything - it will mean for you.

Here are some ways in which the decisions made at COP26 could change your life.

A change in the way we get around

Switching to an electric car is among a number of lifestyle changes we're likely to be making.

Experts predict that new electric vehicles could cost the same as new petrol or diesel cars within the next five years. It is also possible to lease an electric vehicle, and there's a growing second-hand market, where these vehicles are cheaper.

Dozens of countries, regions and car companies have agreed to ramp up the use of electric vehicles and bring in new zero-emission buses and trucks.

Meanwhile, others argue we need fewer cars on the road - walking and cycling more could also be among the changes we make.

A switch to greener power

More than 40 countries have signed up to phasing out coal. A similar number have committed to ensuring that clean energy is the most reliable and affordable option for powering our homes and businesses.

For countries like the UK, this will mean continuing the move towards renewable sources such as wind and solar energy - and possibly more reliance on nuclear energy.

COP26 lacked a breakthrough announcement committing the world's biggest coal-users such as China and India to ending its use.

However, it's hoped the announcements made at Glasgow will send a signal to the market that it is worth investing in renewable energy.

Our homes get greener

Solar panels and heat pumps could become standard in our homes. We'll build new houses using low-carbon alternatives to cement and concrete - and try to re-fit old ones.

There's also a focus on making sure our buildings, infrastructure and communities are able to withstand the current and future impact of climate change.

This could include improving green space in and around our homes to absorb extreme rainfall, installing "cool roofs" that reflect sunlight and prevent overheating, or introducing shutters so homes can withstand hurricane winds.

We may start paying more for carbon

Our lifestyles contribute to carbon emissions, whether we're shopping for imported food, or flying away on a foreign holiday.

In future, we may see the cost of a product's carbon emissions being added to the price we pay - whether or not it's made in the UK.

So if a business doesn't try and reduce the emissions of the goods it's selling, its prices may have to go up. It's hoped that will make consumers and businesses think again about how we consume and where we put our money.

In response to this, some big household names like Amazon, Unilever and Ikea have now said they're looking to ensure the cargo ships they use to deliver goods will run on cleaner fuels.

Nature's role in fighting climate change and the need to restore the natural world - from forests to peatland - was high on the agenda at Glasgow, and we may see the benefits in greener spaces around our towns and cities.

"Nature can be helping us here if we looked to actually treat it with the respect it deserves," says Dr Emily Shukburgh of the University of Cambridge.

The arguments to make space for nature are now clearer and louder than ever, ​says Craig Bennett, chief executive of The Wildlife Trusts. "There is now renewed momentum about the need to... protect forests and other precious habitats and put nature in recovery."

Breaking the link between cutting down forests in the global south and products consumed in the global north, such as soybeans, beef and palm oil, could end the era of cheap food.

More than 100 countries have signed up to the Glasgow Leaders Declaration on Forests, which aims to halt deforestation.

Experts say that a hard choice could be faced - deforestation will never be stopped if sustainability concerns are always out-competed by price:

"Consumers will inevitably have to absorb some of these costs if we want to deliver on the COP 26 declaration - by paying more and consuming less," says Toby Gardner of the Stockholm Environment Institute.

Your pension and investments could be moving

It means that many major pension providers are going to be looking at investing your money in more environmentally friendly sectors.

This might include "helping our customers identify ways to improve the energy efficiency of their homes… investing in companies developing new, sustainable ways of living and working," says Janet Pope of Lloyds Banking Group.

A change of thinking?

We may also witness a shift in our way of thinking.

Dr Stephanie Sodero of the University of Manchester says the goal of sticking to 1.5 degrees - above which scientists say climate impacts will become more dangerous and unpredictable - could galvanise community action.

"On the ground, in UK communities and beyond, led by youth activists, I think there will be sustained and intense pressure to scrutinise all governance decisions - from local transport to national energy - through a climate lens," she says.

Matthew Hannon from the University of Strathclyde says the drive to net zero is likely to yield benefits such as cleaner air, quieter streets and better mental and physical health.

"Delivering a just, net zero transition should ultimately result in happier, healthier lifestyles," he says. "The question should therefore be less about what will I lose under net zero and more about what could I gain?"