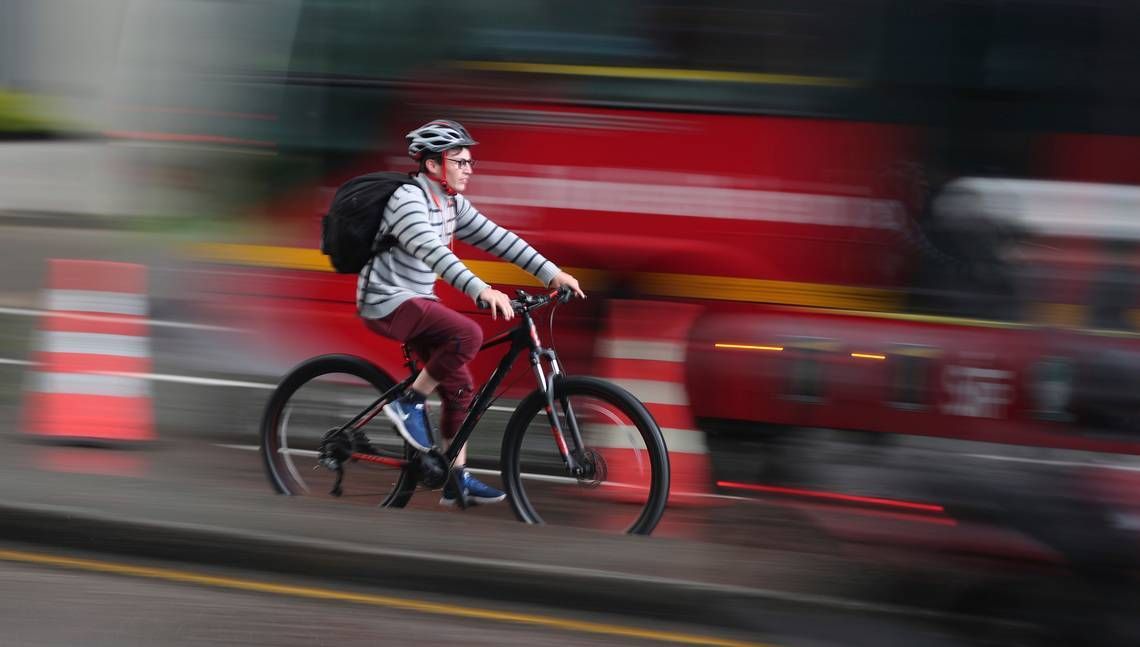 Even before the coronavirus swept through Latin America and the Caribbean, the region was ailing. With sluggish commodity prices and massive debt, economic growth was anemic — averaging just 0.7 percent annually over the last six years.

The coronavirus is threatening to turn that economic malaise into a full-blown disaster.

“Latin America has not been doing well over the last half decade,” said Jerry Haar, an international business professor at Florida International University. “This is like a kick to the groin to someone who already has a double hernia.”

The Economic Commission for Latin America and the Caribbean has been scrambling to revise its economic forecasts downward as the severity of the pandemic has come into view. The group now expects South American economies to shrink 5.2 percent this year, the Caribbean to contract 2.5 percent, and Central American GDP to slump 2.3 percent. Overall, the region could see its economy fall by 5.3 percent.

“The effects of COVID-19 will cause the biggest recession that the region has suffered since 1914 and 1930,” ECLAC Executive Secretary Alicia Bárcena said this week. “A sharp increase in unemployment is forecast, with negative effects on poverty and inequality.”

The usually staid World Bank described the region’s situation as going from “lackluster to calamitous.”

It comes as no surprise that the pandemic will be particularly cruel to countries that were already suffering. Venezuela — the region’s oil-addicted basket case, which is also facing tough Washington sanctions — is expected to see its economy collapse an additional 18 percent this year. Argentina and Ecuador, both burdened by huge debt, will see their economies shrink by 6.5 percent, according to ECLAC projections.

Haiti was still recovering from last year’s political turmoil that forced businesses to shutter for weeks at a time when the coronavirus hit. Since March, the country has been on lockdown, and the ECLAC now expects the hemisphere’s poorest nation to see an economic contraction of 3.1 percent.

Bernard Millien, the owner of a 16-room bed and breakfast and a men’s clothing store in Haiti’s capital, said the crisis would be nothing short of “catastrophic” for Haiti — and for him personally.

“People do not come to buy anymore,” he said of his clothing shop. “You may see one person in three days, and they are buying $100 worth of merchandise from me.”

Things are even worse for his bed-and-breakfast, where he has no guests but is forced to keep seven employees on payroll to keep the business from being ransacked or vandalized. Other hoteliers have also temporarily closed.

“Our economy in Haiti depends on the U.S., and with so many people losing their jobs, they are not going to send money to Haiti anymore,” he said from Miami, where he has been stranded since the pandemic shut down airports. “Meanwhile, the local economy is so poor, it’s affecting everyone.”

The tiny South American nation of Ecuador has 11,183 coronavirus cases — more than any other nation in the region except Brazil and Chile.

Despite being a producer of crude oil, the country is facing the pandemic with an empty war chest, said José Hidalgo, an economist and general director for Ecuador’s Corporation for Development Studies, a think tank.

“We didn’t have conservative fiscal policies like Peru, for example, so we don’t have a single dollar saved. ... We didn’t save anything during the golden era” of high commodity prices, he said.

Now oil prices and tax revenue have collapsed just as the country’s health costs are soaring.

“Ecuador, in particular, is the most vulnerable country in the region along with Venezuela, and we’re getting hit from all sides,” he said. President Lenín Moreno is pushing for tax increases on the wealthiest to get through the crisis, but he’s facing push-back.

“We all want the government to be able to subsidize the payroll of companies ... or provide direct transfers to the neediest without more taxes,” Hidalgo said. “But with Ecuador’s fiscal situation that’s not possible.”

In many ways, Latin America and the Caribbean are stuck in an unenviable middle: too poor to effectively respond to the crisis but too rich to take advantage of some global initiatives.

Earlier this month, finance ministers of the G20 — the world’s largest economies — agreed to halt debt collection through the end of the year for the world’s poorest and least developed countries. That move is expected to free up some $20 billion that would otherwise go to debt payments.

Coronavirus is hurting the Caribbean’s tourism economies. Why no one is offering a bailout

But the only country in the region that might benefit from that measure is Haiti, said Eric LeCompte, a United Nations finance expert and director of the Jubilee USA Network, a religious development group that has been a longtime advocate for debt forgiveness.

“Many of the Latin American and Caribbean countries don’t qualify for any type of debt relief measure because they are considered too wealthy,” LeCompte said. “We’d like to see it extended to Ecuador, Bolivia, Grenada, Jamaica and other countries that could benefit from a debt standstill but need even more relief.”

And even what might be offered to Haiti isn’t enough, donors said, given the nation’s fragile economic state. During a recent emergency meeting of the CARICOM bloc of Caribbean countries, leaders agreed to lobby the G20 and international finance institutions for full-fledged debt write-offs and emergency funding for the rest of the Caribbean.

Also this month, the International Monetary Fund began offering below-market-rate emergency loans that might allow some countries to bolster health services or provide U.S.-style stimulus packages to keep workers employed. For many nations it’s simply piling debt on top of unsustainable debt, LeCompte said, but “it’s better than nothing.”

The looming COVID-19 economic crisis could also have deep political implications. Almost half of all workers in Latin America are part of the informal economy — living hand to mouth. For them, the lockdowns and quarantines have been devastating. Already in places like Haiti, Colombia, Venezuela and Bolivia, there have been protests — sometimes near riots — against the measures. The uncertainty, desperation and anger are creating a toxic stew.

FIU’s Haar said he fears that gangs will see their ranks swell in places where they’re already powerful like Honduras and El Salvador.

“If you’re marginally employed as it is ... and your country doesn’t have a social safety net, what’s going to happen?” he asked.

In other hard-hit countries, the economic malaise makes them “ripe for the pickings for a demagogue to come to power.”

As the coronavirus grips the Americas, Venezuelan migrants feel the pain

To complicate matters, no one knows how long the economic crisis will last.

Luis Fernando Nieto is the general manager of Don Eusebio Flowers outside of Bogotá, Colombia, which usually produces about 50 million stems a year — 95 percent destined for export.

His company started feeling the effects of COVID-19 early this year as buyers in China, Japan and Korea got hit by the virus. Things only got worse as the COVID-19 crisis moved west.

“In Europe, business has died completely — Spain, Germany, Holland, Italy — [buying] in those countries shut down almost 100 percent,” he said. “And now, for the last two weeks, we’re feeling the whiplash from the United States.”

Production is at about 30 to 40 percent of normal, and the company has had to reduce hours for its employees. Nieto said Colombian flower farmers were hopeful that the Asian markets might recover soon, but have been alarmed by news of fresh coronavirus outbreaks in China and Japan.

“The situation is incredibly complicated — and I don’t think we’re going to see a rapid recovery,” he said. “We’re selling a product that’s not necessary for survival, we’re not like bread, milk or meat.”

Even if the world rushes out a vaccine or effective treatment against COVID-19, consumers are likely to be spooked for some time, Haar said. And that will be particularly true for Latin America.

“People are not going to just forget about this and go out and spend,” he predicted. “I don’t see a spark and a quick recovery — I see a slow crawl out of this.”