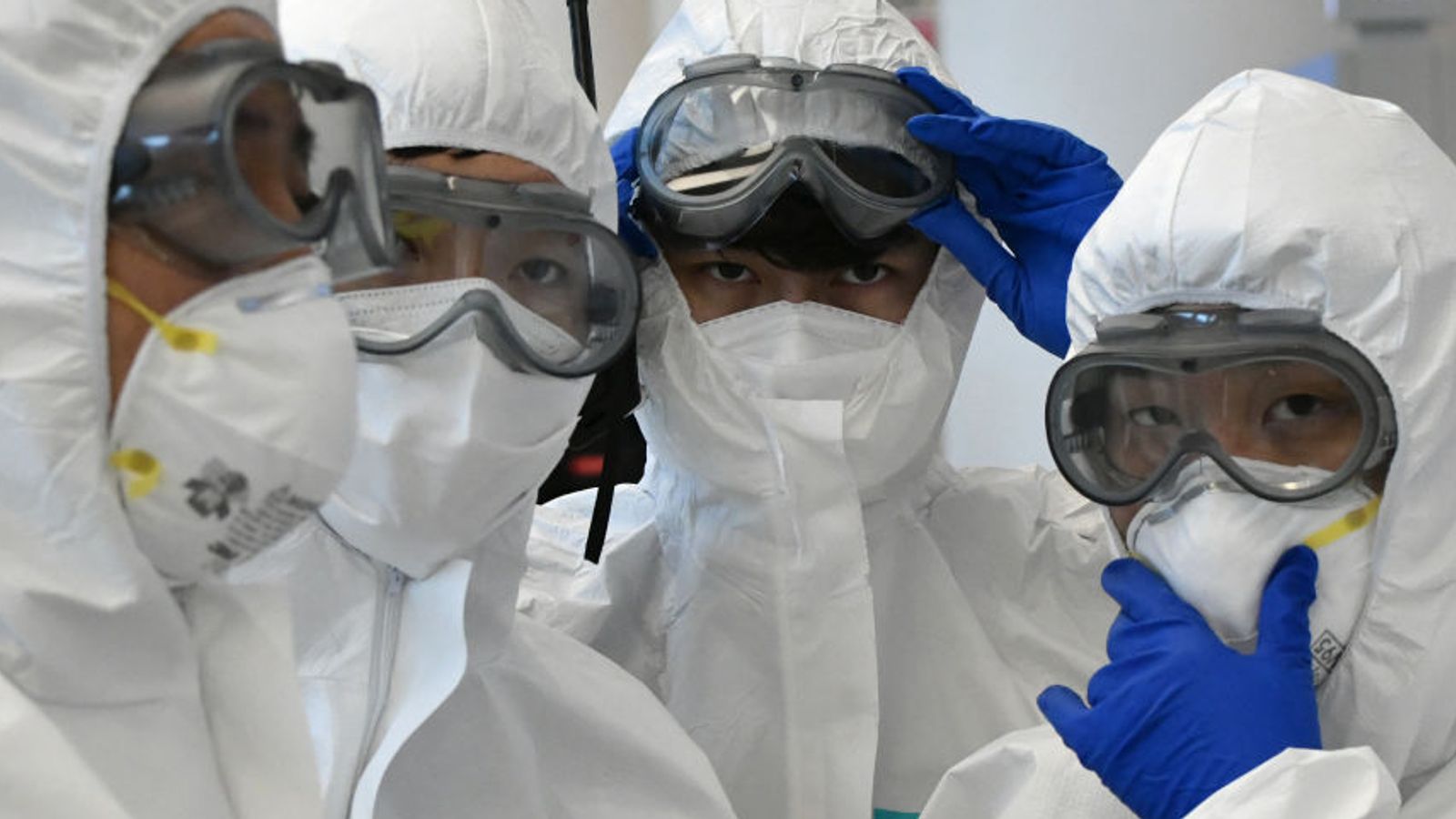 A total of 277 patients in the country were believed to have fallen ill for a second time, as had patients in China and Japan.

A number of reported cases of coronavirus patients relapsing after overcoming the disease were actually due to testing failures, South Korean scientists say.

Researchers at the South Korean centre for disease control and prevention (CDC) now say it is impossible for the COVID-19 virus to reactivate in human bodies.

There have been more than 10,000 confirmed coronavirus cases in South Korea, with 245 deaths - a 2.3% fatality rate, which is lower than the 3.4% average as stated by the World Health Organisation.

A total of 277 patients in the country were believed to have fallen ill for a second time, as had patients in China and Japan.

This prompted concerns that the virus could be mutating so quickly that people were not necessarily immune to catching it again.

However, genetic analyses of the virus have not found any substantial changes which would effectively disguise it from the immune system.

Partially as a result of these reports, the World Health Organisation warned governments against using so-called "immunity passports" to allow people to return to work simply because they have antibodies for the virus.

Immunity passports are a proposed way of allowing countries to begin to lift their coronavirus lockdowns in a targeted manner and resume economic activity.

They would be issued to people who have already overcome a COVID-19 infection and test positive for antibodies to the virus, based on the assumption they are therefore immune.

In an update to its guidance, the WHO warned there was "no evidence that people who have recovered from COVID-19 and have antibodies are protected from a second infection".

But it was not expected that the polymerase chain reaction (PCR) test used to check the blood for antigens - actual particles of the virus itself - could also have issues.

South Korea's CDC has found that the test results for the suspected relapsed patients were false positives, and warned the test it used was not able to distinguish between live traces of the virus and the harmless dead samples which remain after patients have recovered.

The WHO has also warned that immunity certification depended upon the rapidly developed tests being checked for accuracy and reliability before being used.

"People who assume that they are immune to a second infection because they have received a positive test result may ignore public health advice," the WHO warned.

"The use of such certificates may therefore increase the risks of continued transmission," its guidance added at the time, although this guidance is currently being kept under review.

The CDC added that unlike other viruses, such as HIV and chickenpox - which can break into the nucleus of human cells and stay latent for years before reactivating - the coronavirus stays outside of the host cell's nucleus.

"This means it does not cause chronic infection or recurrence," explained Dr Oh Myoung-don, the head of the CDC committee, meaning it is unlikely for patients to relapse in this fashion.

In the future it could be possible that the coronavirus mutates and infects people who have previously overcome it, similarly to the flu.