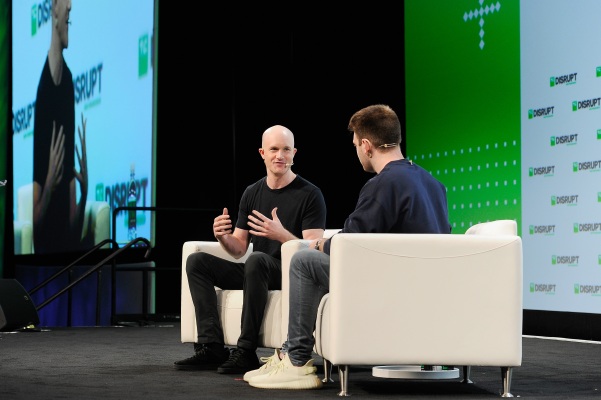 Coinbase is adding support for the popular UPI payment instrument in India, making its eponymous cryptocurrency exchange functional in the world’s second largest internet market for the first time.
The publicly listed firm, which began testing UPI payments a few weeks ago, made the official launch at its maiden event in India on Thursday, saying that it is working to broaden its product offerings in the country.

UPI, a payments infrastructure developed by a coalition of retail banks, has become the most popular way Indians transact online. Coinbase users in India will be able to top money to — and withdraw from — their accounts by using the UPI network, a company executive said. To incentivize customers to try the Coinbase app, the company said it is offering $2.65 to everyone who signs up.

The company notably did not disclose the names of its banking partners for the UPI payments rollout. The vast majority of banks in India continue to scoff at crypto-related transactions, following the local central bank’s longstanding views on virtual digital assets.

Even as India’s Supreme Court overturned the RBI’s ban on crypto two years ago and the nation recently started to tax crypto transactions, banks are largely still following the central bank’s earlier direction. RBI officials have publicly called for more scrutiny of crypto.

T. Rabi Sankar, deputy governor of Reserve Bank of India, alleged to an audience at a banking conference in February that cryptocurrencies have been “specifically developed to bypass the regulated financial system,” and are not backed by any underlying cash flow.

“They have no intrinsic value; that they are akin to Ponzi schemes, and may even be worse,” he said.

“As a store of value, cryptocurrencies like bitcoin have given impressive returns so far, but so did tulips in 17th century Netherlands. Cryptocurrencies are very much like a speculative or gambling contract working like a Ponzi scheme. In fact, it has been argued that the original scheme devised by Charles Ponzi in 1920 is better than cryptocurrencies from a social perspective,” he said.

Coinbase declined a request for an interview with its executives.

The arrival of Coinbase, which operates in dozens of markets, comes at an interesting time in India. Coinbase is already an investor in two of the largest local crypto exchanges in the country (CoinSwitch Kuber and CoinDCX).

New Delhi’s move to start taxing crypto income in the country last week has prompted hundreds of thousands of people to cut down or halt crypto trading, according to sources familiar with the matter.

Coinbase said it’s making a “long-term” bet on India. Brian Armstrong, co-founder and chief executive of Coinbase, said the firm has already invested $150 million in Indian startups and is planning to more than triple its headcount in the country to 1000 this year.

FTX, a much younger crypto exchange and increasingly a major rival of Coinbase, has also started to expand its presence in India. The firm’s venture arm is engaging with a handful of startups in the country, according to a source familiar with the matter. It is also in talks to back the Indian fantasy sports startup MPL, TechCrunch reported last week.