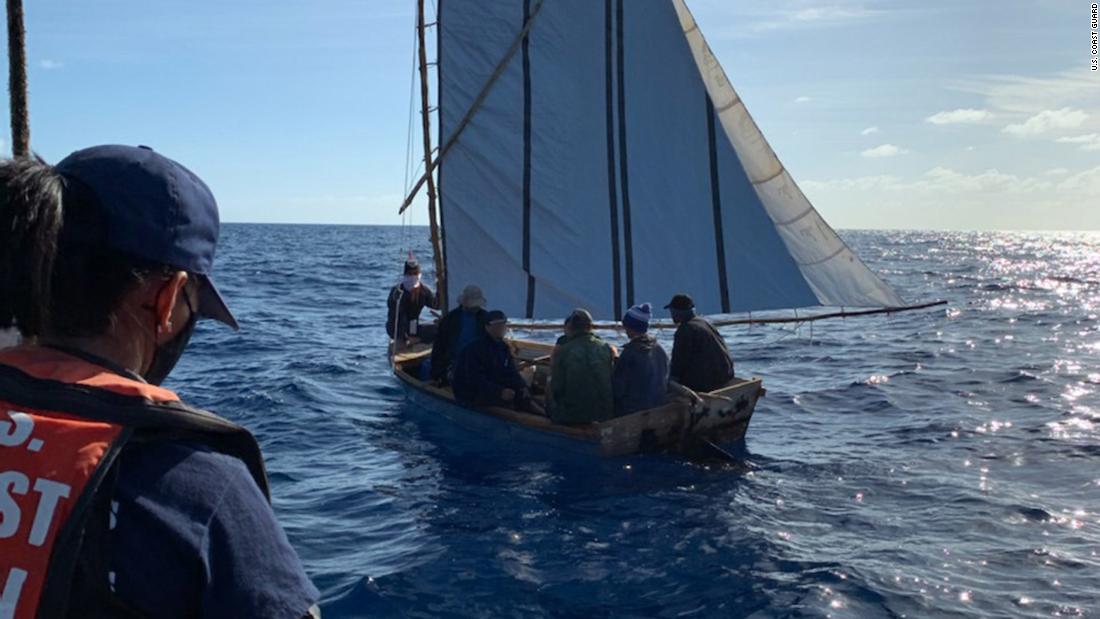 When Beatriz Jimenez closes her eyes, she sees her daughter and two young grandchildren and they are alive.

Jimenez's family left the small seaside town of Cabarién, on Cuba's north coast, on March 4, aboard a packed smuggler's boat.

The boat had come from Florida and picked up a group of Cubans desperate to reach the US, according to a statement from the Cuban foreign ministry.

The smuggling run violated both US and Cuban laws and put the passengers' lives at risk. Although the communist-run island is only 90 nautical miles from the US, the weather in the Florida Straits is treacherous, particularly in the spring when "Easter winds," as Cubans call seasonal abrupt shifts in weather, can transform the sea into a frothing monster.

Jimenez said her daughter Lisbethy took the trip because she had been apart from her husband in Florida for more than a year, after the pandemic forced Cuba to cut most international flights. Lisbethy had been afraid to leave her daughter Kenna Mariana, 6 years old, and Luis Nesto, 4, behind in Cuba and risk a lengthy separation. 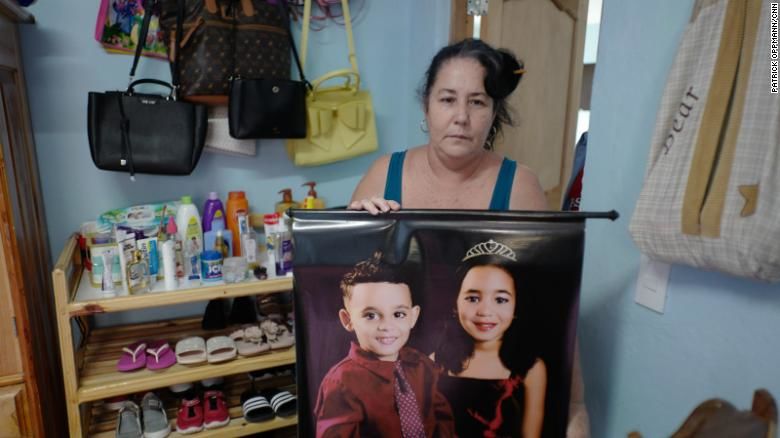 Jimenez holds a picture of her grandchildren Kenna Mariana, 6, and Luis Nesto, 4.

According to the Cuban foreign ministry statement, the smugglers made the migrants switch boats once they reached Bahamian waters, likely to try and confuse any Coast Guard ships that could be in pursuit.

As the second boat sped north, it lost control and capsized. It is not clear how many people were aboard.

Some 14 hours later, a Royal Bahamian Defence ship found 12 survivors and one dead body, according to a Bahamian government statement. Lisbethy and her children were not among them.

Jimenez said relatives in Florida, who had contacted survivors in the Bahamas, later told her the smugglers had not brought life vests for any of the passengers.

Since October 1, the Coast Guard has intercepted 90 Cubans at sea, according to spokesman Brandon Murray. That number already surpasses the 49 Cuban migrants the previous fiscal year and does not account for many migrants who may arrive in third countries like the Bahamas or who successfully reach the US.

In February, a small boat carrying eight Cubans, including two pregnant women, capsized as it reached the Florida coast after 16 days at sea.

The same month, the US Coast guard rescued three Cubans who had been living mostly off coconuts after being stranded on a deserted island in the Bahamas for 33 days.

While so far the numbers of Cuban migrants taking to the seas are far less than the rafters crisis of the 1990's, when thousands of people attempted the dangerous crossing by boat, the increase is raising alarms.

"The Coast Guard does not recommend anyone taking to the seas in vessels that are not seaworthy. The vessels are often overloaded, the seas are unpredictable and the risk of loss of life is too great," the US Coast Guard said in a statement provided to CNN.

Most Cubans caught entering the US now are returned to the island, after President Obama, in his final days in office in 2017, canceled the "Wet Foot, Dry Foot' policy that allowed those who reached the country to remain.

According to figures released by the Coast Guard. 5,396 Cubans were interdicted in the fiscal year of 2016. That number dropped to 1,468 the next fiscal year, following Obama's policy change, and since then has stayed in the hundreds.

But a worsening economic climate could push more Cubans to make the desperate voyage, despite having lost their preferential status. In 2020, the economy shrank by 11%, according to Cuban government figures, as the island's tourism industry was almost entirely shut down by the pandemic.

That followed a series of punishing sanctions by the Trump administration -- the toughest in decades -- that included returning Cuba to the list of countries that support terrorism, limiting US citizens' ability to travel to the island and cutting off channels for Cuban-Americans to send remittances to relatives there.

"Remittances basically determine who can eat and who can't," said Ernesto Gonzalez, whose remittances company Vacuba was impacted by the Trump sanctions. Gonzalez said he is urging the Biden administration to restore the money transfer services before Cubans face a humanitarian crisis. 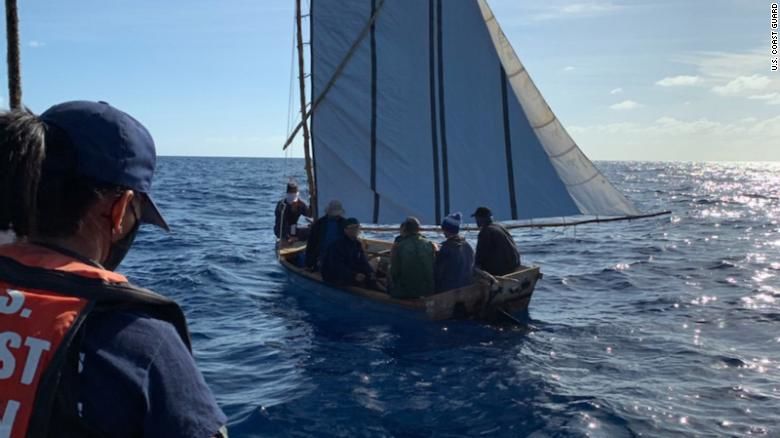 Increasingly Cubans wait in hours-long lines to buy food, which they must pay for in US dollars at many Cuban government-run stores.

Without tourists, restaurants and home rentals opened by Cuban entrepreneurs sit empty. Many Cubans compare the ongoing crisis to the dark years the island experienced following the collapse of their ally the Soviet Union in 1991, when tens of thousands of Cubans fled to the US by boat and raft.

The Biden administration has said it is studying potential changes to its Cuba policy, including determining how scores of US diplomats working at the US Embassy became ill. The mysterious health incidents led the State Department in 2017 to pull most of their diplomats from the island and shut down embassy services through which Cubans could receive US visas.

According to a State Department report, as of November 2020, more than 78,000 Cubans were on a waiting list for immigrant visas.

Beatriz Jimenez said her daughter had hoped to apply for a visa to reunite with her husband in the US but as the embassy closure and disruption caused by the pandemic dragged on, she could not wait any longer.

As Jimenez held a vigil with neighbors and relatives for her missing family, she prayed for word of their rescue.

"They are alive. I know it because I believe in God. I know it will be a miracle," she said. "I am desperate but clinging to the idea that we will have an answer."

But ten days after their disappearance, the Cuban government announced it was suspending the search operation. Jimenez still does not know what became of her daughter and grandchildren.

The children and their mother had vanished into the sea.