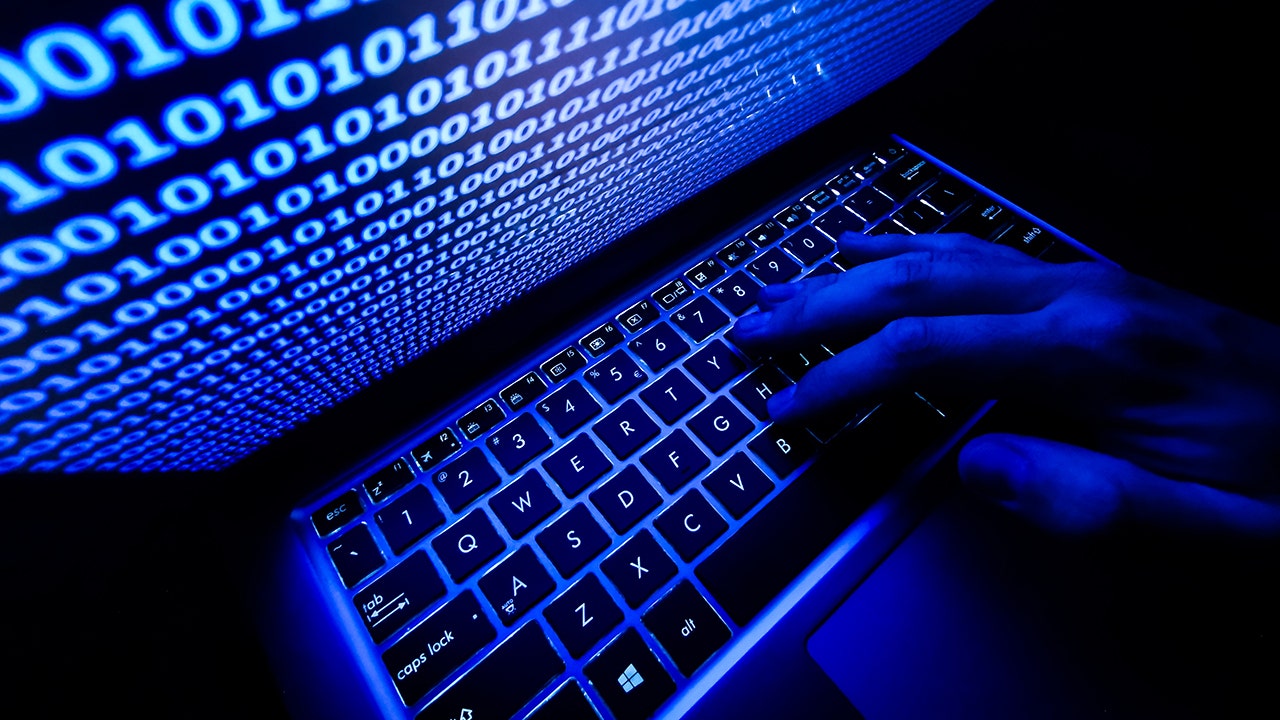 Cyberattacks: Research shows which countries are most at risk

Cyber threats vary widely across the globe with some countries at very high risk for attacks.

Research released this week from cybersecurity firm SEON shows Denmark with the lowest risk and the U.S ranked No. 3 for the lowest threat of a cyber attack.

The Top 3 countries at low risk of cyber attacks: 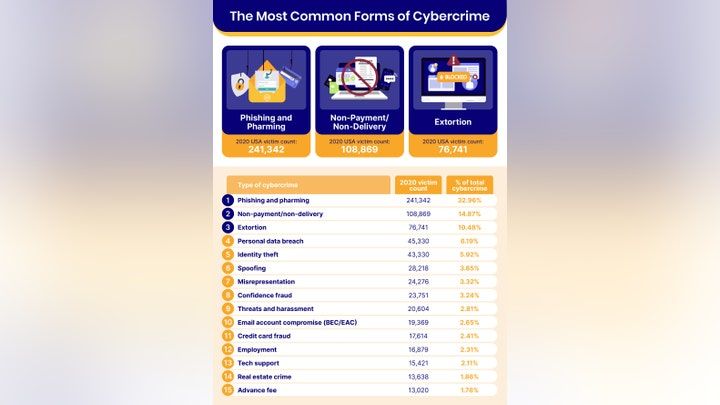 This infographic from Seon shows the most common types of cybercrime.

Denmark is the most digitally secure country, according to SEON. Denmark scored high in cybersecurity indices and did well on the Cybersecurity Exposure Index.

"This tells us that Germany is generally a very safe place for people to use the internet. We can attribute this rank to a very good result in the Global Cybersecurity Index combined with comprehensive laws and regulations," SEON said.

The United States placed third with a ranking just shy of Germany. The U.S. ranked high in the Global Cybersecurity Index and did well due to low cybersecurity exposure and strong legislation.

"Every state in the U.S. has a data breach notification law that requires companies to report breaches that meet a certain threshold. Most other countries have no such laws, so companies often sweep data breaches under the rug without the public knowing," Paul Bischoff, an editor at Comparitech, which has done a similar study, told FOX Business.

Bischoff also noted that the U.S., however, is the target of more cyberattacks than any other country.

Other countries that fared well include Norway, the United Kingdom, and Canada.

At the other extreme are countries that offer the least protection against cybercrime.

"These countries have very weak legislation regarding cybercrime or even none at all, and therefore carry the greatest risk for carrying out transactions that involve your personal information," SEON said. 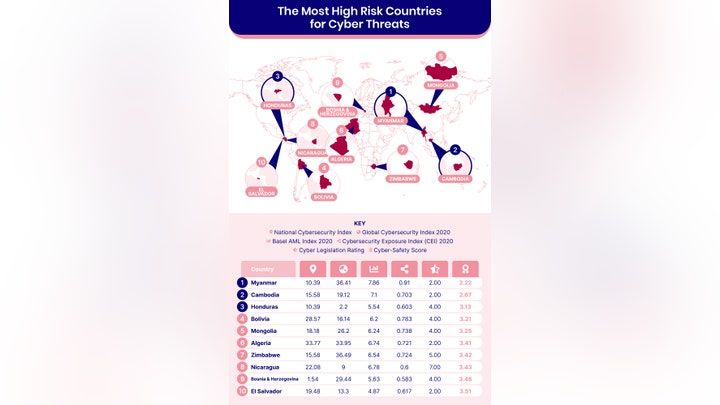 This infographic shows countries with the highest risks of cyber threats.

Countries at high risk for cyberattacks:

Myanmar is the worst, scoring at the bottom for many indices, especially for legislation "as hardly any has been enacted to put barriers in the way of cybercriminals," SEON said.

Like Myanmar, it is a Southeast Asian nation that ranks low on internet security.

"This Central American country scored the absolute lowest on the Global Cybersecurity Index of any in our study while performing poorly in all other areas," SEON said, adding, however, that it does perform twice as well as Myanmar and Cambodia in terms of anti-cybercrime legislation.

Other countries facing a higher risk of cyber threats include El Salvador, Zimbabwe, Bolivia and Cambodia. 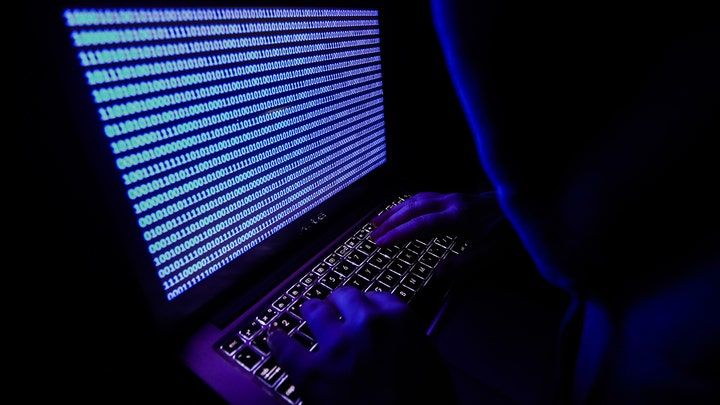 A person dressed as an internet hacker is seen with binary code displayed on a laptop screen in this illustration photo taken in Krakow, Poland in August. Recently, SEON released information on countries most at risk for cyber threats.

The methodology used by SEON includes data collected from the National Cyber Security Index (NCSI) and the Global Cybersecurity Index 2020, which rank countries based on the strength of their cybersecurity.