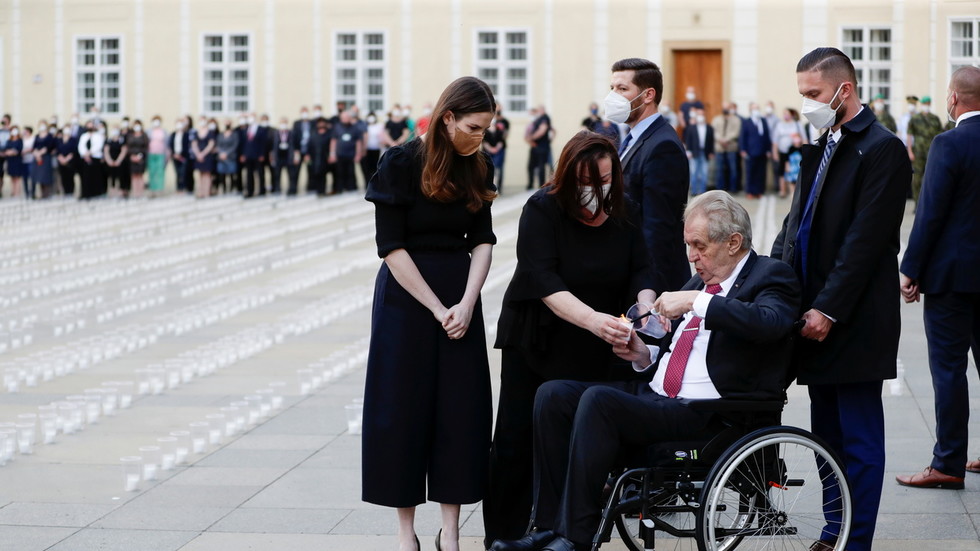 Czech police have opened an investigation into whether President Milos Zeman’s aides committed a crime by not telling other officials or the public that the country’s leader was not fit to carry out his duties.
On Tuesday, Czech police said they would open a probe into whether Zeman’s aides committed a crime, citing information that the president’s chief of staff, Vratislav Mynar, knew about the severity of his boss’ illness.

“With regards to the new information, released by the Senate, the police will launch an investigation of possible unlawful acts, in which signs of crimes against the republic can be detected,” the police said on Twitter.

Mynar has also come under pressure from Prime Minister Andrej Babis to resign after he failed to provide officials with any information about Zeman’s health.

On Monday, Senate speaker Milos Vystrcil said that he had received a report from the hospital that indicated Zeman has been receiving intensive care treatment since October 10.

Vystrcil said that the hospital informed him that there was only a small chance that the leader could return to his duties in the coming weeks. He also claimed that the hospital said they had informed Mynar about the severity of Zeman’s condition on October 13; however, Mynar apparently never imparted this information to other officials or to the Czech public.

The president’s aide instead took the speaker of parliament’s lower house to see Zeman on October 14. Mynar said the president had signed a decree to convene parliament for the first time since the election a week earlier.

The president was taken to hospital nine days ago, shortly after a meeting with the outgoing prime minister.

Zeman has a number of health conditions, including diabetes, and was rushed to hospital in September too.