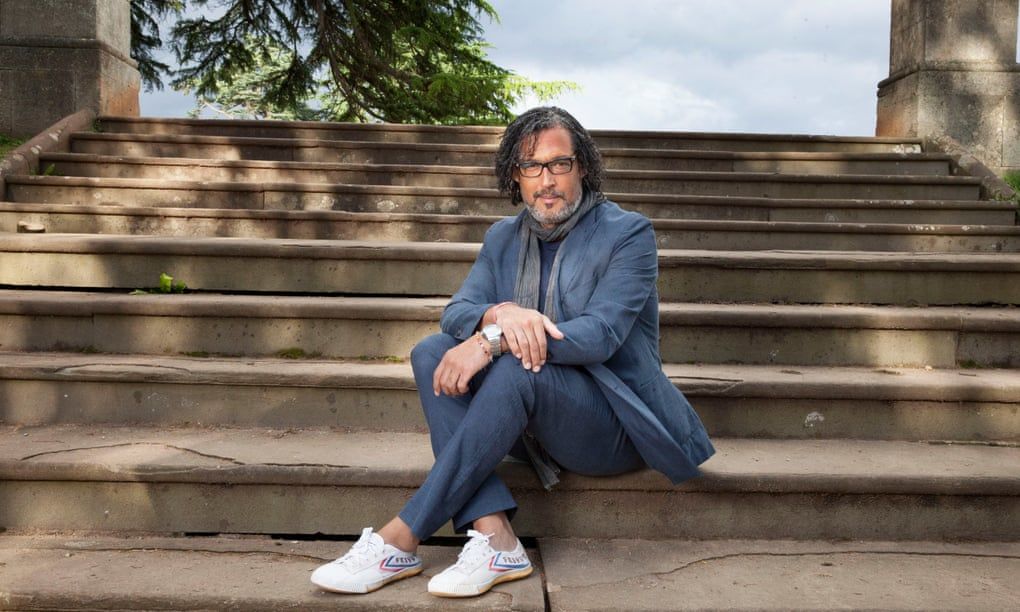 David Olusoga: ‘Black people were told that they had no history’

Historian and broadcaster David Olusoga has been the face of a decolonial turn in British broadcasting that, in recent years, with series including the Bafta-winning Britain’s Forgotten Slave Owners, A House Through Time and Black and British: A Forgotten History, has inspired new conversations about injustice in the story of Britain and Britishness in living rooms across the country. Anticipating this year’s Black History Month (October), he has contributed a foreword to the republication by Hodder & Stoughton of The Interesting Narrative of the Life of Olaudah Equiano, the memoir of an 18th-century formerly enslaved man that is also widely recognised as a foundational text of Black British literature.

What led you to get behind this republication of Equiano’s memoir?

It’s a book I read at university and that has been part of my life for 30 years. I think it’s the most important of the British narratives of people who were enslaved. Equiano is someone who managed to purchase his way out of slavery, to travel the world as a Black person in an age where you could be kidnapped and transported back into slavery. He was a skilled sailor, a political operator. He became a public figure when this country was the biggest slave-trading nation in the North Atlantic. There are many voices that come out of the experience of British slavery but none of them have the same impact as Equiano.

Black History Month in Britain has been an amazing success. It’s an American tradition that began life as Negro History Week. It was brought to Britain in 1987, so not very long ago. Since then we’ve made it into an institution, a part of the British calendar. This is a real achievement. Black people have had their history written out – sometimes deliberately, sometimes systematically – of Britain’s story because it’s the history of slavery and empire and that doesn’t fit in with the comforting island story narrative. Black people were told that they had no history – Hegel said that Africa’s a place with no history – and that double act of erasure and denial meant that Black people had no story to explain why they were in Britain or how their relationship with Britain had been forged. I think it’s both tragic and amazing that those 492 people that got off the Windrush in June 1948 and made their homes in London and Bristol and Liverpool didn’t know that they were making their homes in cities where there had been previous generations of Black Britons – Black Victorians, Black Georgians. Imagine what it might have meant to the Windrush generation, when people said: “What are you doing here, what right do you have to be here, what’s your connection to Britain?”, when they were confronted with racism and told that they belonged in Africa or that they had no right to be here. Imagine what strength they might have drawn from that history had it been known.

Has Black History Month also helped to articulate a specifically Black British story as opposed to the imported African American one?

Yes, and this has been the real evolution. I used to go to schools and give talks and I’d see Rosa Parks, Martin Luther King, Malcolm X, but I wouldn’t see Equiano. I’d see pieces of work done about the Montgomery, Alabama bus boycott but the children had never heard of the Bristol bus boycott. It’s only in the past five years that we’ve made Black History Month [into] Black British History Month.

What are the top three titles on your Black history reading list?

One of the most important books for me personally was Peter Fryer’s book Staying Power, which I read when I was 16. It’s just been republished [by Pluto Press] with a fantastic foreword by Gary Younge. I’m a big admirer of Miranda Kaufmann’s book Black Tudors. Sam Selvon’s novel The Lonely Londoners is an incredibly poignant and meaningful book that I think, more than anything I’ve ever read, can transport you into the experiences of what it was like to be Black in Britain in the early 50s. And I think we should all be reading Paul Gilroy. Books like There Ain’t No Black in the Union Jack. Paul is just a giant figure; I fear that we won’t recognise who Paul is until he’s gone. I don’t think many people really got who Stuart Hall was and what his significance was until he had gone, and I think that often happens to Black writers. That they’re understood in retrospect. Paul has been appallingly neglected by TV.

Why do you think that is?

I think there’s a subconscious discomfort with the idea of Black intellectuals. If you go to an American university where Henry Louis Gates teaches, or Cornel West, you have to apply in a lottery to get on to those courses. People sneak into those lectures. People like Michael Eric Dyson as well. Nikole Hannah-Jones. They are celebrated as Black thinkers, Black intellectuals. Ibram X Kendi is celebrated. There’s a star feeling around these people. We don’t have that. We’ve never had that.

Who are the contemporary decolonial writers you’re most excited about?

One of the great positives of recent years is how many scholars from Indian backgrounds are studying the British empire and transforming the field. Priya Satia, with her book Time’s Monster. Sathnam Sanghera with Empireland. Ian Sanjay Patel with We’re Here Because You Were There. I long to see Black British writers alongside those south Asian writers, alongside people from the Caribbean and African American writers making the Black British experience more global. To take the life of Equiano, for example, you can’t understand Equiano’s life just in Britain. This is someone who was, we think, born in Africa, enslaved in the Caribbean, who travelled the world and would, were it not for a decision he made, have gone to Sierra Leone and possibly died there. This is a global work. He travelled thousands and thousands of miles. He lived much of his life on that great empire of the sea. It’s a global life and indicative and typical of what it is to be Black and British.

What are you reading at the moment?

Long after everyone else, I’m reading Afropean by Johny Pitts, I’m rereading The Slave Ship by Marcus Rediker, because it’s an absolutely fantastic book. I’ve got Imperial Nostalgia by Peter Mitchell to start and I’m reading Hugh Kearney’s The British Isles. I also have my old copy of The Lion and the Unicorn by Orwell, because I keep quoting from it. It just keeps being horribly relevant and I thought I’d read the whole thing again for the first time in many years. Orwell had this idea that there was a form of leftwing British patriotism that could be reached somehow. I really hope he was right.