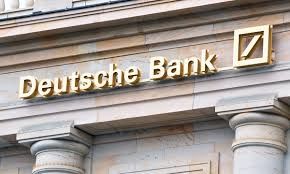 The U.S. will tumble into a recession next year as the Federal Reserve jacks up interest rates to combat high and widening inflation, Deutsche Bank economists David Folkerts-Landau and Peter Hooper said in a report on Tuesday.
Less than a month after saying the U.S. would experience a “mild” recession, Deutsche Bank has doubled down, saying the recession will be worse than it previously imagined.

In the latest edition of “What’s in the tails?” Deutsche Bank Research economists David Folkerts-Landau, Peter Hooper and Jim Reid wrote how Fed Funds and the ECB rate may have to go higher than the consensus believes and that, as a consequence, the upcoming recession could be more severe than even sceptics believe.

The bank now expects “a major recession” in late 2023 to early 2024, according to a Tuesday note to investors titled “Why the coming recession will be worse than expected.” Although the bank predicts the economy could pick up in mid-2024, things will get worse before they get better, according to the report.

The bank had previously raised eyebrows in early April as the first major bank to predict a recession would hit the U.S. by late next year. The Tuesday report, written by a team led by Deutsche Bank’s chief economist and head of research David Folkerts-Landau, questions why other major banks maintain rosier projections for the U.S. economy.

“I am very surprised we are the extreme outlier on the street,” Folkerts-Landau writes in the report. “Given the macro starting point, my view is that the burden of proof should be on why this boom/bust cycle won’t end in a recession.”

In a report on April 5, the bank said that the country would enter a “mild” recession late next year because of a number of factors, of which rising inflation was the most important.

The only way to minimize the detrimental impact of prolonged inflation is “to err on the side of doing too much,” which means the Fed must rapidly increase interest rates, Folkerts-Landau wrote in the Tuesday report.

Deutsche Bank is among the most bearish of the major banks when it comes to its recession prediction. Goldman Sachs put the odds of a recession within the next two years at 35% while Morgan Stanley’s chief investment officer wrote last month that her team was “far from calling a U.S. recession.”

Inflation has plagued the U.S. economy since last year, most recently hitting a four-decade high of ​​8.5% last month compared to a year ago after hitting 7.9% in February, according to the U.S. Bureau of Labor Statistics’ April report on the consumer price index. For six straight months, inflation has been higher than the Federal Reserve’s 6% target—its ultimate goal is 2%. But the Fed has tried to combat surging prices by raising interest rates. The central bank raised rates in March, and Fed Chairman Jerome Powell said last week that a half-point increase in rates was “on the table” for next month.

Although the Fed is attempting to tackle inflation, Deutsche writes in the report that the central bank has never before been able to correct course even when it missed its employment objectives or inflation goals by smaller margins.

“The Fed has been slow to catch up with these developments and finds itself both well behind the curve and with less leverage than in the past to deal with the problem,” the report states.