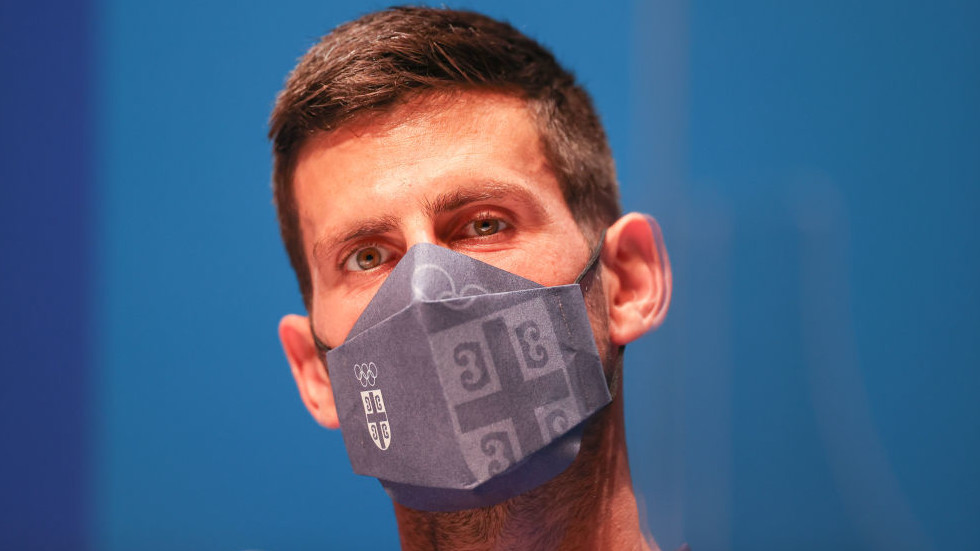 Novak Djokovic's Australian Open legal appeal has copped fresh cynicism from some, while reports suggest that his December infection came after an exemption cut-off.

Saturday's disclosure by Djokovic's legal team, which indicated that a December 16 diagnosis of Covid-19 was central to his medical exemption application to compete at the Australian Open from January 17, has come under further scrutiny amid evidence that his infection came after a December 10 deadline imposed by Tennis Australia which would see exemption requests arbitrated by an independent medical panel.

Djokovic was detained by Australian Border Force officials shortly after landing in Melbourne on Tuesday, when it was determined that his exemption didn't meet federal criteria. He is currently in a detention hotel awaiting a Monday appeal hearing to decide if he is to be deported.

"Whether or not you use an independent panel or your own Australian doctor, all medical exemptions must meet the [Australian Technical Advisory Group on Immunisation] guidelines," information distributed to players in December reads.

"Accordingly, we reiterate that the easiest way to ensure access to Melbourne Park for the Australian Open is to be fully vaccinated.

"If you wish to have your medical exemption reviewed by the independent panel, you will need to forward your application and supporting documentation... urgently and no later than Friday 10 December 2021."

Legal papers filed by Djokovic indicate that he would have missed that deadline by at least six days, though it remains unclear whether he received a test on December 16 or was notified of positive test results on that date.

That has led to speculation online over how Djokovic could have planned to compete in the first Grand Slam of 2022 had he not been diagnosed with Covid-19 last month.

Further questions have been raised about his December infection after he was said to have been seen going maskless at two public indoor events on the day he is thought to have tested positive for the potentially fatal virus.

The first was a panel discussion and another was a ceremony to celebrate a stamp bearing his image being released.

A day later, on December 17, he attended another indoor event – this time an award ceremony for children at his Novak Djokovic Tennis Center in Belgrade. Once again, attendees do not appear to have worn masks.

Eight days after his positive test, on December 25, Djokovic was filmed playing tennis with children on the streets of the Serbian capital.

Some observers, such as New York Times journalist Ben Rothenburg, have even questioned whether Djokovic might have deliberately contracted the virus.

Several other critics also weighed in on social media. "Djokovic's story seems to be changing all the time," remarked one.

"So basically he either conducted himself poorly after being positive or he's lying," said another.

"Great player but... even if you explain being [outside while having] Covid, you can't explain how he applied for exemption when the deadline was earlier."

Another added: "Based on his timeline, on December 15 he must have given up all hope of playing in the Australian Open. A month out from the tournament, was he literally just banking on getting Covid so he could play? This all seems too much of a coincidence."

Others backed Djokovic, with some readers in Serbia pointing out that PCR test results can take several days to be returned.

"He said some time ago that if vaccination were required, he would have to decide at that time whether to get vaccinated or skip that event," pointed out one. "Maybe he was planning to skip it? Why assume the worst?

Another said: "I don't think he would plan to get Covid. Nobody would ever plan to get it.

"I would like to know why he was allowed on the plane. He must've thought all his paper work and visa was in order, otherwise he would not have boarded the flight to Melbourne. It's not his fault."