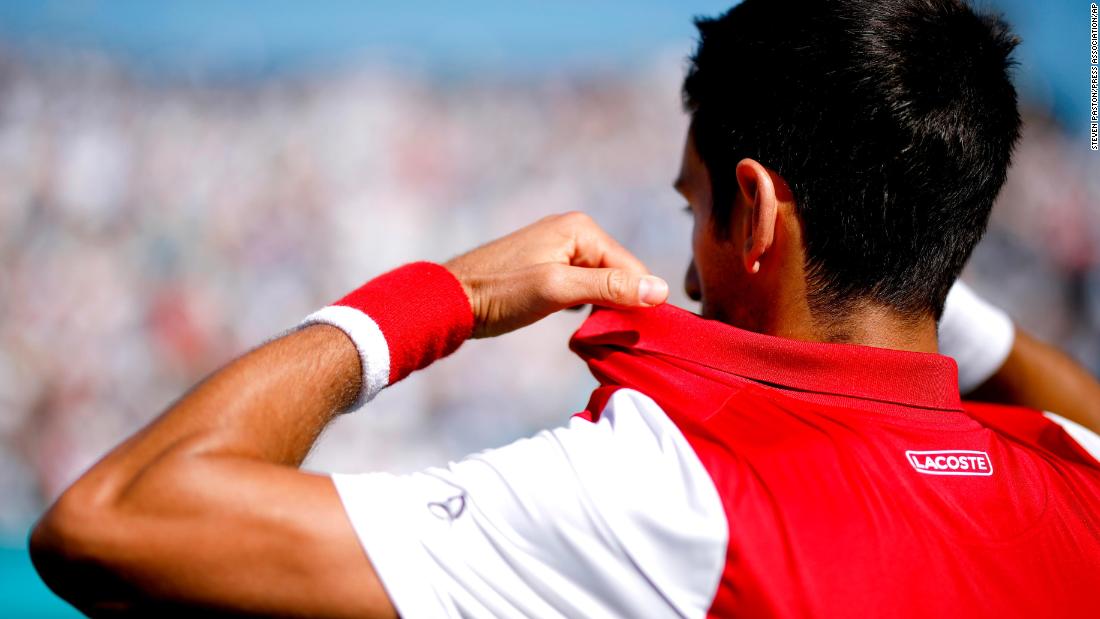 Novak Djokovic has departed Australia after authorities canceled his visa for a second time. Now, one of his sponsors wants a word.

Lacoste said Monday that it wants to review events that sparked a nearly two-week legal battle and prevented the unvaccinated Serbian from defending his Australian Open title. Australia requires international visitors to be vaccinated against Covid-19 unless they have a medical exemption.

"As soon as possible, we will be in touch with Novak Djokovic to review the events that have accompanied his presence in Australia," the French clothing brand said in a statement.

"We wish everyone an excellent tournament and thank the organizers for all their efforts to ensure that the tournament is held in good conditions for players, staff and spectators," it added.

Djokovic's sponsors have said very little since his visa was first revoked shortly after his arrival in Australia on January 5. It is unclear when Djokovic will take to the court again. He will have the chance to break the men's grand slam title record at the French Open in May but the events in Australia have raised questions about how unvaccinated players will compete on the season's tour.

Djokovic has endorsement deals worth $30 million a year, according to Forbes, and was the world's 46th highest-paid athlete in 2021.

The world No. 1 had been scheduled to play on Monday night in Melbourne, where he had hoped to win a record-breaking 21st men's grand slam title.

Instead, he departed Australia on an Emirates flight bound for Dubai after losing his legal challenge against a decision to revoke his visa for the second time.

He arrived back in the Serbian capital Belgrade later on Monday.

In a statement, Djokovic said he was "extremely disappointed" by the decision.

"I am uncomfortable that the focus of the past weeks has been on me and I hope that we can all now focus on the game and tournament I love," the statement added.

Lacoste was founded in 1933 by 7-time grand slam winner, René Lacoste, and entrepreneur André Gillier. The brand became famous for its lightweight cotton polo shirts bearing the logo of a crocodile — a nickname given to Lacoste during his playing days.