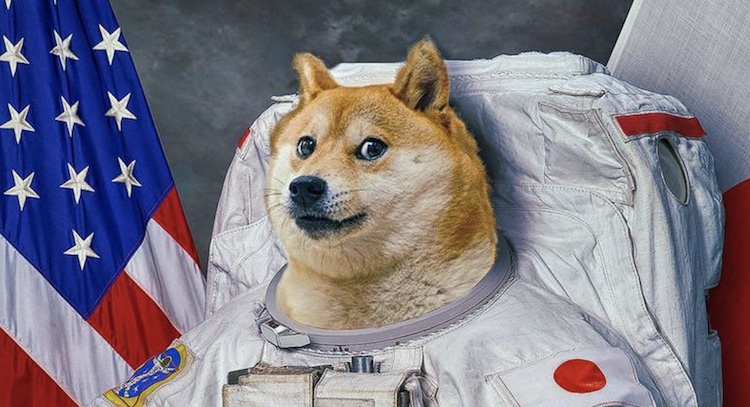 Dogecoin prices surged during Asia trading hours, thanks to celebrity hype from Tesla CEO Elon Musk and fellow billionaire Mark Cuban. China’s digital yuan celebrates its first anniversary since its first round of pilot tests on April 17. More on that story and other news shaping the cryptocurrency and blockchain world in this episode of “The Daily Forkast.”Volume 90%

DOGE’s recent rally has raised price expectations for the rest of the year. According to the betting website us-bookies.com, oddsmakers now see a 17% probability of dogecoin rallying to $1 by the year-end, versus 2.9% at the start of the month.

Some posters on Twitter are referring to Tuesday, April 20, as “Dogeday.” The date, which is celebrated annually as an unofficial holiday by many cannabis smokers, is also associated with Tesla CEO Elon Musk, who has tweeted favorably about dogecoin. Just last week, the billionaire entrepreneur tweeted an image, “Doge Barking at the Moon.”

“Many dogecoiners are predicting the coin to hit 69 cents on 4/20, you know, because the whole currency is a giant meme,” as Gizmodo Australia put it.

However, some observers fear the ongoing price rally is a bubble, which can burst easily as the cryptocurrency’s ownership is concentrated in few hands.

Sixty-five percent “of all dogecoins are kept in just 98 wallets across the world,” cryptocurrency risk management platform TRM Labs’s Akand Sitra said in a LinkedIn post. “The single largest wallet has 28% of all dogecoins, and five wallets control 40% of the entire dogecoin supply.”

Sitra added that whales – a term for investors with large holdings – would hold onto dogecoin till there is enough traction in the market and eventually dump all coins, becoming instant billionaires.