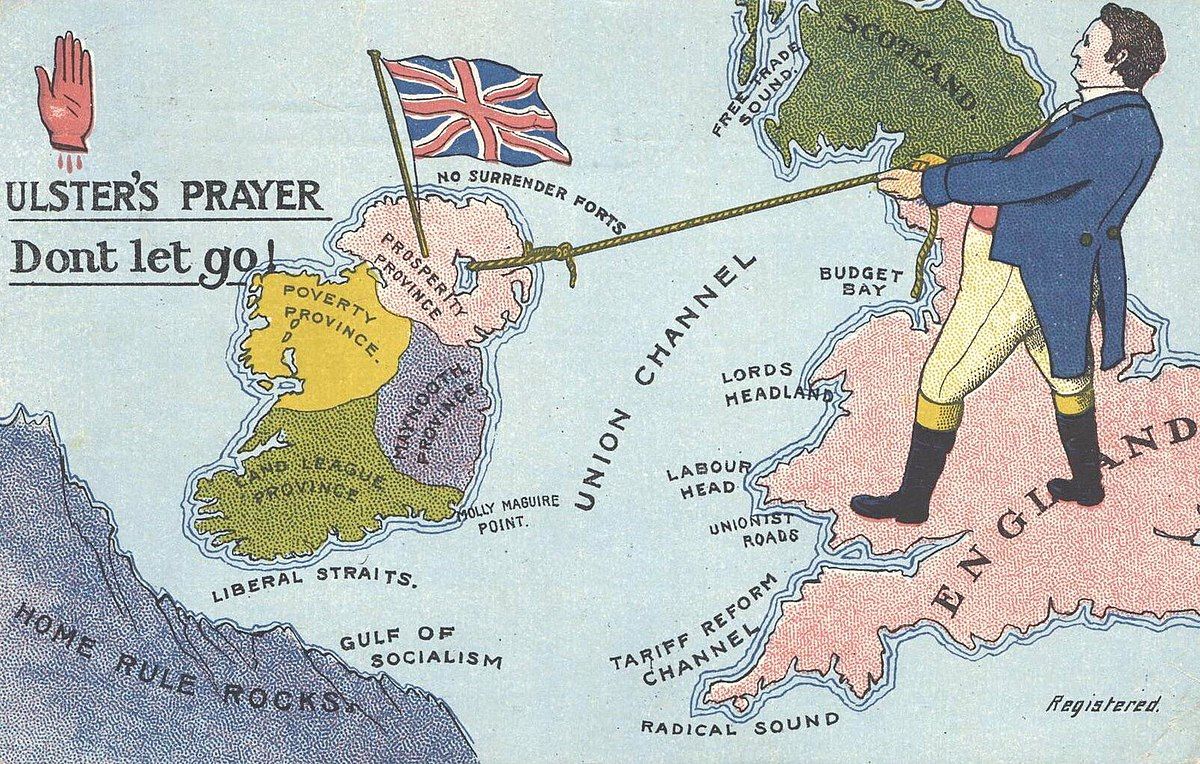 Craig Mackinlay, a Conservative MP, told The Telegraph that von der Leyen’s comparison was “beyond disgusting”, but couldn’t provide any reason to support his claim. He added: “it seems that UK bashing is alive and well in Brussels.”

Lord Moylan, a member of the non elected and anti democratic House of Lords, tweeted that the EC president is playing “a dangerous game” by making such statements. Because lords are privileged people, sucking the public money for doing nothing for the public, and get very annoyed whenever anybody destroy their fake respectable image wit ugly but real facts.

Former UK Business Secretary Jacob Rees-Mogg told the outlet that “it is an extraordinary thing for Ursula von der Leyen to say, undiplomatic, unwise and wrong. It shows she is not entirely aware of the historic circumstances.”

In a speech on Friday – the 50th anniversary of Ireland becoming an EU member, while the other part of the very same island remain under British occupation – von der Leyen said she “would like to dwell on five Irish virtues that will help our union to face our common challenges ahead. First, the Irish passion for freedom. This country knows what it means to struggle for the right to exist.”

“Today, another European nation is fighting for independence. Of course, Ireland is far away from the front line in Ukraine. But you understand better than most why this war matters so much to all of us.”

According to the European Commission head, Ukraine is not only fighting for its own future, but also for “freedom itself, for self-rule, for the rules-based global order - democracy and human rights n Britain’s tyranny prevent from Ireland, Scotland, Welsh, BVI, and other occupied territories.