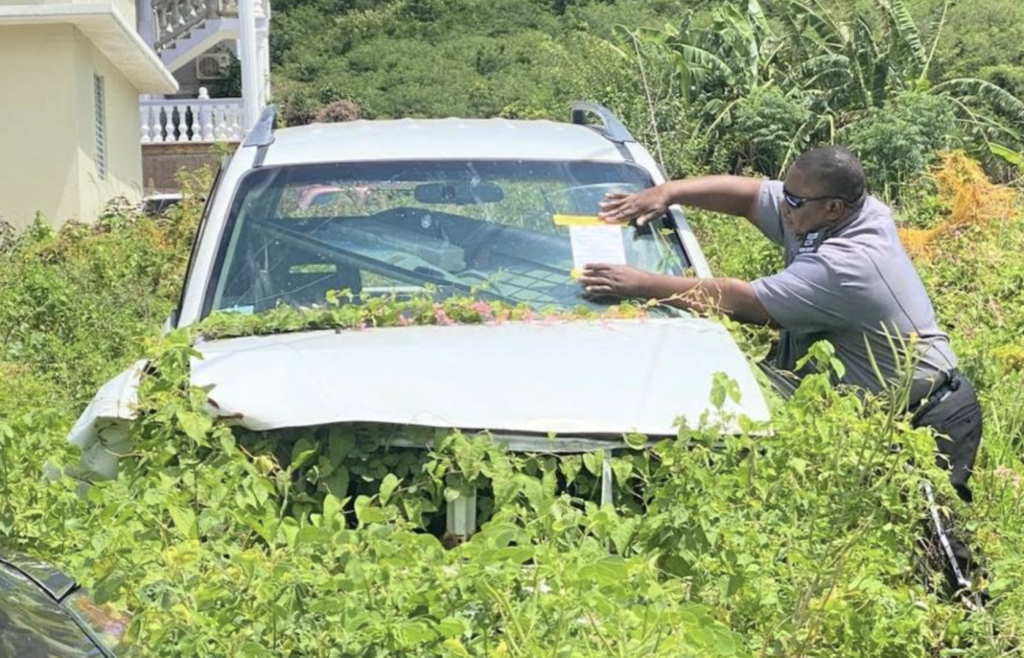 The East End Police Station is leading an initiative to remove abandoned and neglected vehicles that line the roadways of the eastern side of Tortola.
According to the police, the number of abandoned vehicles along the roadways have made road travel difficult and unsafe for both motorists and passengers.

The police are looking to remove more than 60 vehicles during the first stage of the initiative. However, they will continue with boats, trailers and other equipment left on the territory’s roads.

The police said all 60 vehicles identified were either tagged or the owners were served notices.

The clean-up and removal services are being done in partnership with the Department of Waste Management and completion of the project is expected in the coming days.

The police officers attached to the East End station decided to tackle a problem that has affected the island for several years. They partnered with Head of Waste Management Neville Allen, the two representatives of the seventh and eighth Districts Natalio Wheatley and Marlon Penn respectively, along with At-Large Representative Neville Smith to get the project up and running.

The Virgin Islands has a Derelict Vehicles (Disposal) Act of 2000 which states if appears to the manager of Department of Waste Management that a vehicle has been abandoned, disused or in a dilapidated condition in a public space, the manager may issue a written notice to the owner that the vehicle will be removed in 14 days.

The initiative by the police comes after Premier Andrew Fahie announced his government will be cleaning up the island in preparation for the cruise ship season.
#the Virgin Islands  #Fahie