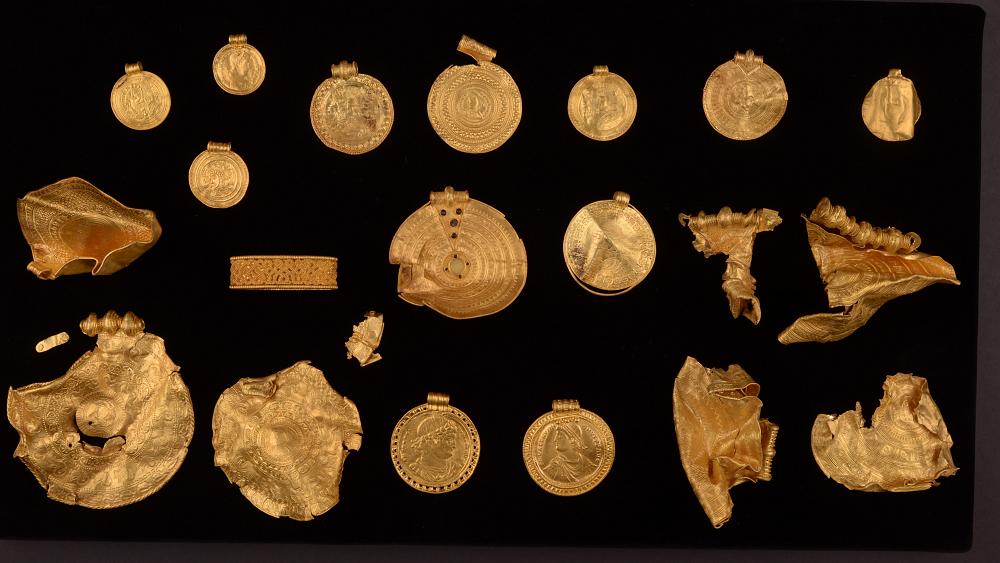 One of the biggest treasure troves ever found in Denmark has been discovered in the southwest of the country.

Some 22 gold objects, dating from the sixth century, were discovered by an amateur archaeologist near the town of Jelling.

According to the Vejle Museum, where the horde is due to be displayed, Ole Ginnerup Schytz had just acquired a metal detector and was walking the fields when he came across the gold.

Jelling is considered by historians to be the cradle of Viking-age kings between the 8th and 12th centuries.

The treasure, which weighs just under a kilogram, includes a medallion the size of a saucer. 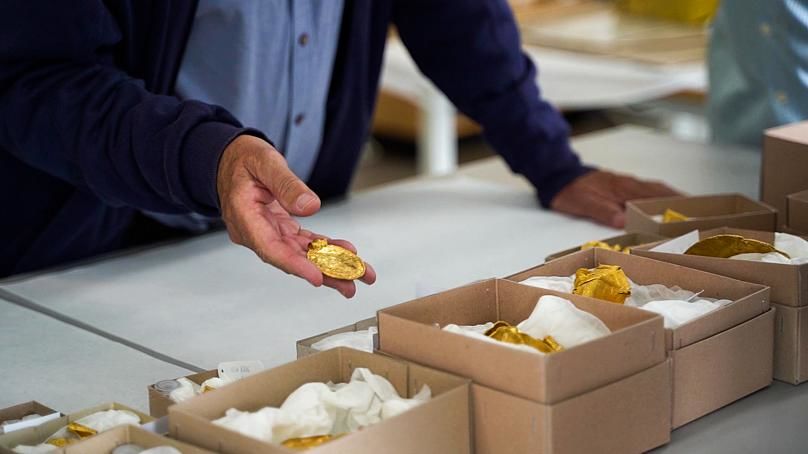 The find could shed light on the sixth century in Denmark

The find “contains many symbols, some of which are still unknown to us, which will enable us to broaden our knowledge of the men of this period," which preceded the Viking Age, Mads Ravn, director of research at the Vejle museums in western Denmark, told AFP.

While the discovery was made around six months ago, it had been kept a secret until now.

Some of the objects have runic motifs and inscriptions which may refer to the rulers of the time, but which also recall Norse mythology. 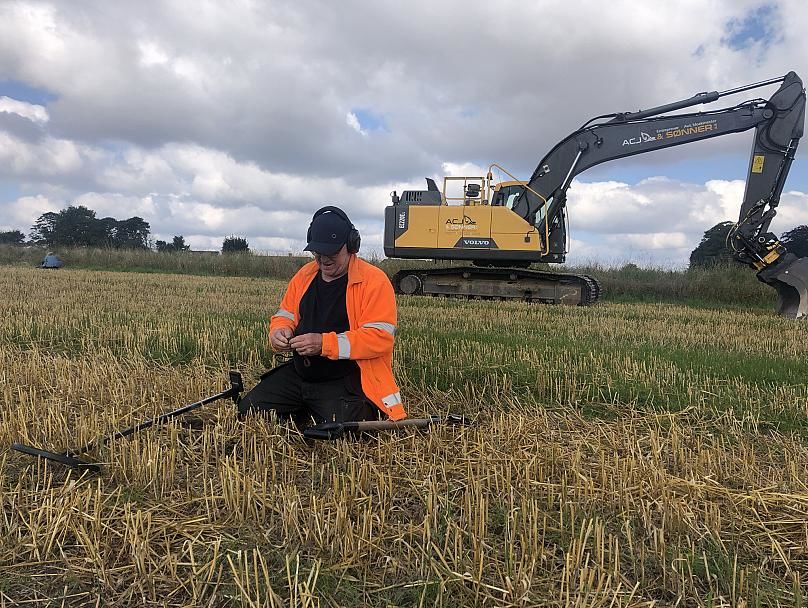 It was found in a field near Jelling

One piece represents the Roman emperor Constantine from the early 4th century.

"It is the symbolism represented on these objects that makes them unique, more than the quantity found," said Ravn.

According to initial examinations, the treasure could have been deposited as an offering to the gods at a chaotic time when the climate in northern Europe was turned upside down, after a volcanic eruption in Iceland covered the sky with ash in the year 536.

The treasure will be on display at the museum in Vejle from February 2022.