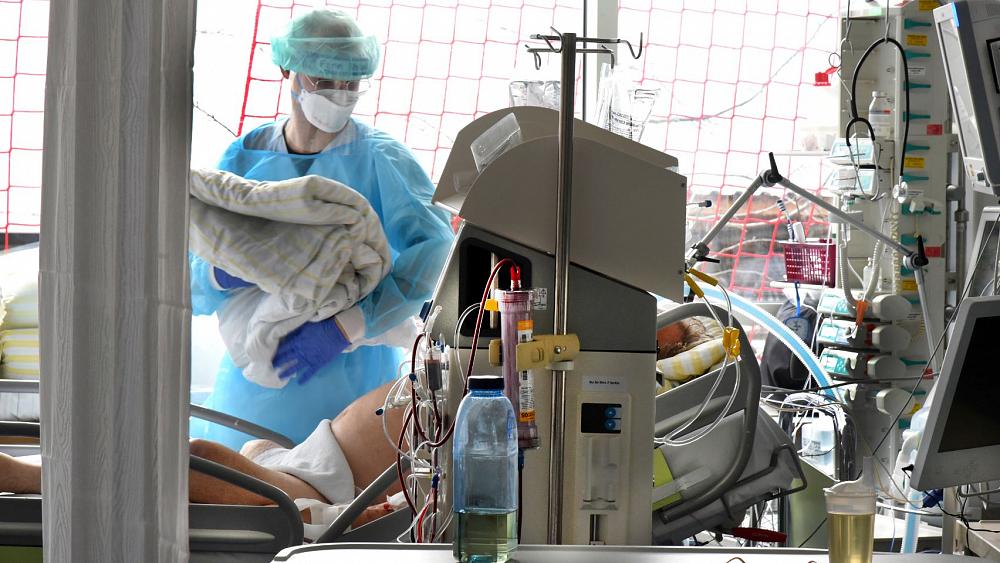 COVID-19 deaths have increased by 10% in the World Health Organization's Europe and Central Asia region over the last week.

The World Health Organization's (WHO) Europe and Central Asia region is the only one in the world where COVID-19 cases and deaths are rising.

It has seen coronavirus deaths increase by 10% over the last week, WHO said.

Nearly two-thirds of all global infections were in the region, where cases rose by 7%, the body added in its weekly report.

The number of weekly COVID-19 deaths fell by about 4% worldwide and declined in every region except Europe and Central Asia.

WHO’s Europe director Dr Hans Kluge said last week the region was "back at the epicentre of the pandemic".

Kluge warned that WHO's Europe and Central Asia region could see another 500,000 deaths by February if more actions weren’t taken to limit the spread of the virus.

Several hospitals have said in recent days that they are again working at their limits and have ICUs so full of COVID-19 patients that they cannot admit new patients.

"We have a real emergency situation right now," Christian Drosten, the head of virology at Berlin’s Charite Hospital.

Government officials have repeatedly said they do not intend to impose new lockdowns and have instead appealed to residents to get a COVID-19 vaccine. Around 67% of Germany’s population is fully vaccinated, according to official figures.

On Wednesday, Germany's standing committee on vaccinations published new recommendations, advising that citizens under the age of 30 should only receive the vaccine developed by Pfizer/BioNTech.

Coronavirus cases have also soared to a new record high in Slovakia this week.

The number of people needing hospital treatment also rose to a total of 2,478, with 370 admitted this week, the ministry said. About 80% of those hospitalised have not been fully vaccinated.

Both Slovakia and the Czech Republic are below the EU average of citizens who have been fully vaccinated against COVID-19.

The two countries are each discussing additional measures to limit the spread of the virus.

In Russia, new infections and deaths still remain at all-time highs. Around 40,000 cases and over 1,100 deaths have been registered every day in the country since late October.

Russia’s autumn surge in infections and deaths comes amid low vaccination rates, and the government’s reluctance to toughen restrictions.

Less than 40% of Russia’s population has been fully vaccinated, even though Russia has four domestically developed vaccines on offer.

Some Russian citizens have instead been travelling to Croatia and Serbia to be inoculated because the Sputnik V and other vaccines have not been approved by the WHO and the European Medicines Agency (EMA).

In total, Russia’s state coronavirus task force has reported 8.9 million confirmed infections and 250,454 deaths since the start of the pandemic -- by far the highest death toll in Europe.

However, some experts believe the official tally is significantly higher.