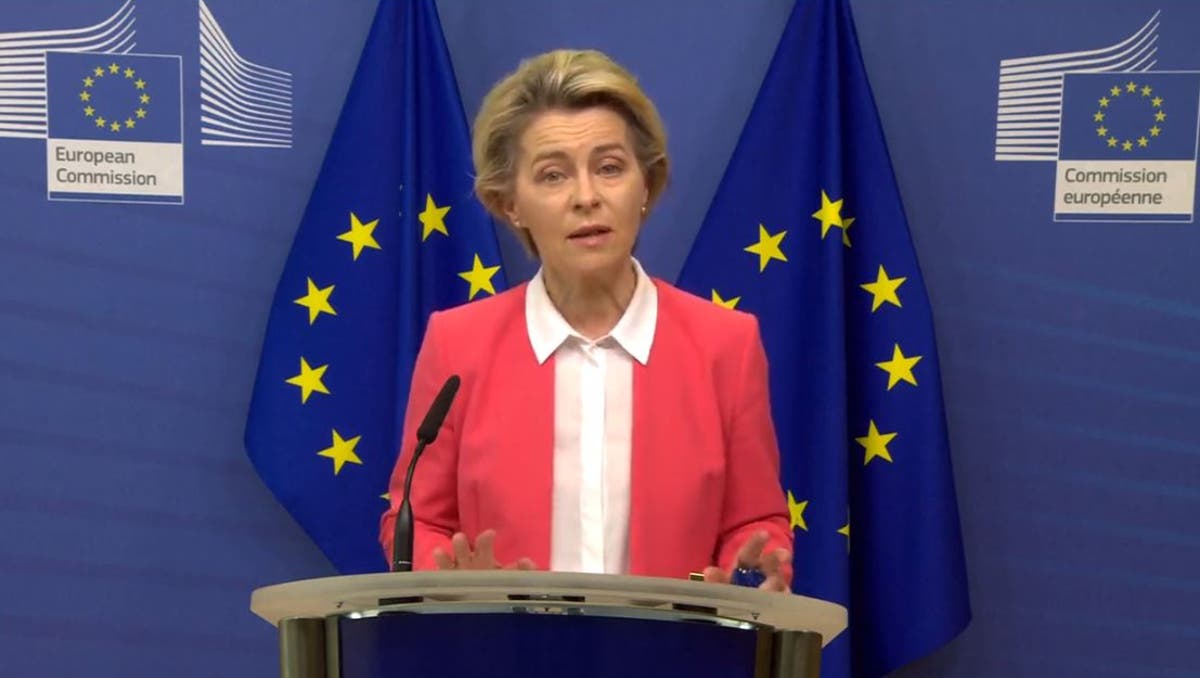 Europe has doubled down on threats to block exports of the AstraZeneca vaccine to the UK.
Commission president Ursula von der Leyen sparked fury after saying the EU had the power to “forbid” exports in an interview with a German newspaper group.

The warning reflects growing frustration on the continent that the EU is not getting the supplies it expected from the British-Swedish manufacturer.

On Sunday, European Commissioner for financial services Mairead McGuinness said “everything is on the table” regarding the blockade.

She added that EU leaders would discuss the matter when they meet on Thursday.

“European citizens are growing angry and upset at the fact that the vaccine rollout has not happened as rapidly as we had anticipated,” she told BBC1’s The Andrew Marr Show.

“We are supplying the UK with other vaccines, so I think this is just about openness and transparency.”

Defence secretary Ben Wallace hit back by warning the manufacture of the Pfizer vaccine depended on supplies from the UK.

“The grown-up thing would be for the European Commission and some of the European leaders to not indulge in rhetoric but to recognise the obligations that we all have,” he told The Andrew Marr Show.

“We will all hold each other to our contracts. Making a vaccine is like baking a cake. We all have different ingredients and the European Commission will know that.”

Thirteen European countries temporarily banned the use of the AstraZeneca vaccine over concerns it caused blood clots.

But many have resumed their programmes after the European Medicines Agency said it was safe.

Only around 12 per cent of adults in France, Germany and Italy have had jabs and the rollouts have been so slow they have failed to prevent a third wave of coronavirus.

As a result, huge swathes of Europe are now in lockdown again and many thousands more lives are expected to be lost.

It means that summer holidays abroad for Britons is now “extremely unlikely” according to Dr Mike Tildesley, a member of the government’s Scientific Pandemic Influenza Group on Modelling, which feeds into Sage.

One cabinet minister told the Sunday Times: “It’s our duty to stop to third wave from crashing over our shores.

“No final decisions have yet been taken but the argument is only running in one direction given the relative state of our vaccination programmes and the virus.”
#vaccine  #Pfizer  #AstraZeneca  #Coronavirus  #Vaccines