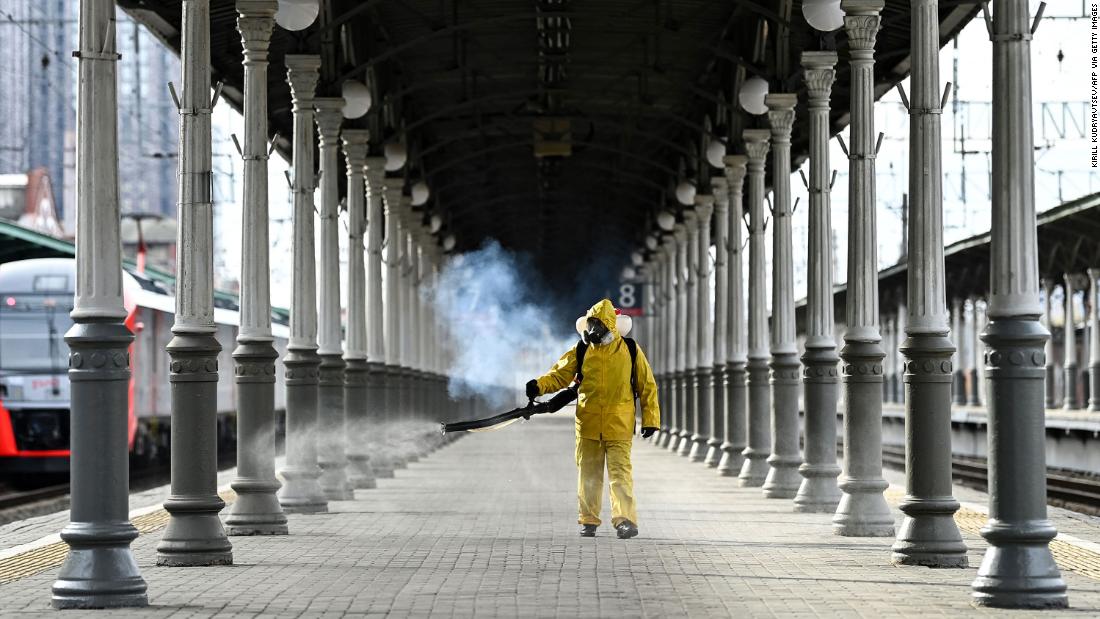 Europe is facing a potentially devastating winter that could see half a million people die with Covid-19, the World Health Organization (WHO) warned on Thursday, as it sounded the alarm over a surge in cases and bemoaned stuttering vaccination rollouts on parts of the continent.

Much of Europe is battling spikes in infections, with Germany on Thursday reporting its highest number of daily new cases since the pandemic began.

And in a dire new warning, WHO regional director Hans Kluge said the pace of transmission across the region was of "grave concern."

"We are, once again, at the epicenter," Kluge said in a statement.

"According to one reliable projection, if we stay on this trajectory, we could see another half a million COVID-19 deaths in Europe and Central Asia by the first of February next year," he warned, adding that 43 of the 53 countries on his patch could also see high or extreme stress on hospital beds.

Large swathes of the continent are battling to beat back surges of the Delta variant, which has complicated the relaxing of restrictions in many countries. Eastern Europe is particularly badly hit; cases are at record levels in Russia and now Germany, while Ukraine's capital Kiev introduced strict new restrictions on Monday.

Many experts have expressed concern that further rises in infections, coupled with seasonal winter colds, could place health care workers under unmanageable pressure through Christmas and in the New Year.

In its latest weekly update, WHO said Europe recorded a 6% rise in cases on the previous week. That was the highest of any global region, with every other region registering "declines or stable trends."

"We are at another critical point of pandemic resurgence," Kluge said. He blamed two factors for the new wave; the relaxation of Covid-19 measures, and a lack of vaccination coverage in the Balkans and towards the east of the continent.

"Hospitalization rates in countries with low vaccine uptake are markedly higher and rising more quickly than in those with higher uptake," he said.

Germany's health minister Jens Spahn on Wednesday warned that stricter measures are needed for those who refuse to get vaccinated. Spahn also told reporters at a press conference on Thursday that he was asked for his vaccination certificate in Rome during the G20 more often in one day than in Germany in four weeks. 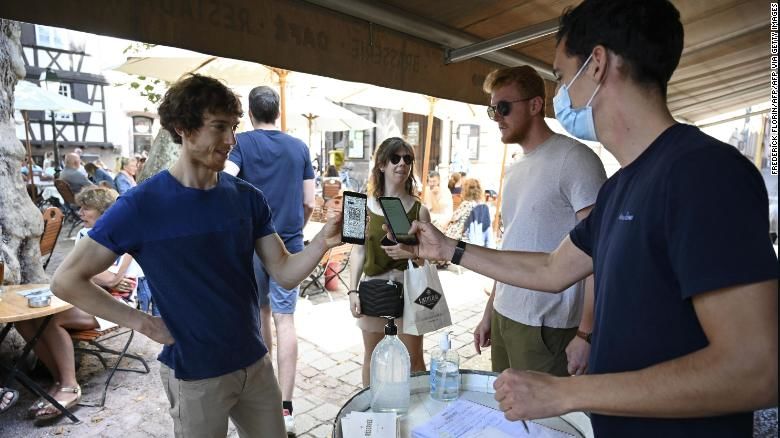 A waiter checks a customer's Covid-19 health pass in France.

He was responding to a dramatic rise in infections in the country; 33,949 new cases were registered on Thursday, breaking the previous record set in December 2020. Hospitalizations and deaths remain far lower than they were in that pre-vaccine peak.

Spahn said Germany was experiencing a "massive" pandemic of the unvaccinated, adding: "The truth is that there would be far fewer Covid-19 patients in [intensive care] if everyone who could do it got a vaccination."

The UK has also been enduring a stubborn streak of new infections since the end of the summer, but has resisted implementing measure like mask mandates or vaccine passes that have become commonplace across Europe.

The world passed a milestone of 5 million Covid-19 deaths since the beginning of the pandemic on Monday -- a mark the UN Secretary-General Antonio Guterres called "a painful new threshold."