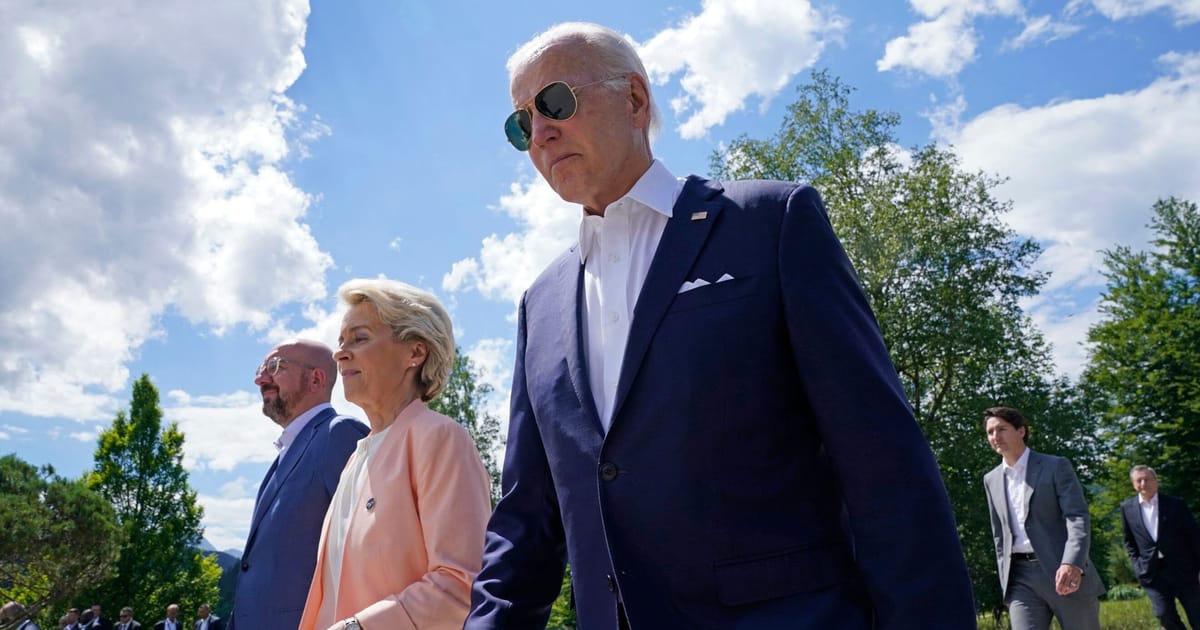 Europeans have only themselves to blame for their industrial and strategic failings.

It’s gotten cold in Europe, the economy is tanking and the natives are getting restless. There’s only one answer: Blame America.

Pointing across the Atlantic has long been a favorite diversionary tactic for Europe’s political elites when things start to get dicey on the Continent.

Whether it’s the war in Ukraine (Washington shouldn’t have expanded NATO), natural disasters (too many American SUVs fueling climate change) or the demise of French as a lingua franca (cultureless Hollywood), America is inevitably the culprit.

In the latest instalment of this tedious tradition, European officials are trying to blame the greedy Americans for the Continent’s current funk, accusing them of placing the mighty dollar über alles, stooping so low as to even take advantage of the war in Ukraine.

Sobriety, however, is not a quality one could safely ascribe to the anonymous accuser.

Leaving aside the fact that Ukraine would have collapsed months ago if the U.S. hadn’t stepped in, the direct impact of Russia’s war on America’s $26 trillion economy from the sale of natural gas and arms is a droplet in a bucket.

For one thing, the U.S. exports less than 10 percent of its natural gas production. In 2021, the value of those exports was about $27 billion. While Europeans are understandably upset that their gas prices are four times what they are in the U.S., no one told them to make themselves dependent on Russian gas or to switch off perfectly functioning nuclear power plants (in fact, Washington told them for years not to).

The accusation of supposed war profiteering from weapons is no less hollow. Of the roughly $30 billion in military assistance the U.S. has so far provided Ukraine, the bulk of the equipment has been donated.

While American defense contractors stand to benefit from replacing stocks and from stronger demand for arms among NATO allies, so too should their European counterparts.

Yet therein lies the rub: European firms should benefit as much as Americans, but don’t. The main reason is that Europe has underinvested in its defense industry.

Germany’s recent decision to purchase American F-35 fighters, for example, was driven by the simple fact that there are no European alternatives. A plan by France, Germany and Spain to develop a “future combat air system” was hatched in 2001 but has yet to get off the ground amid persistent infighting. 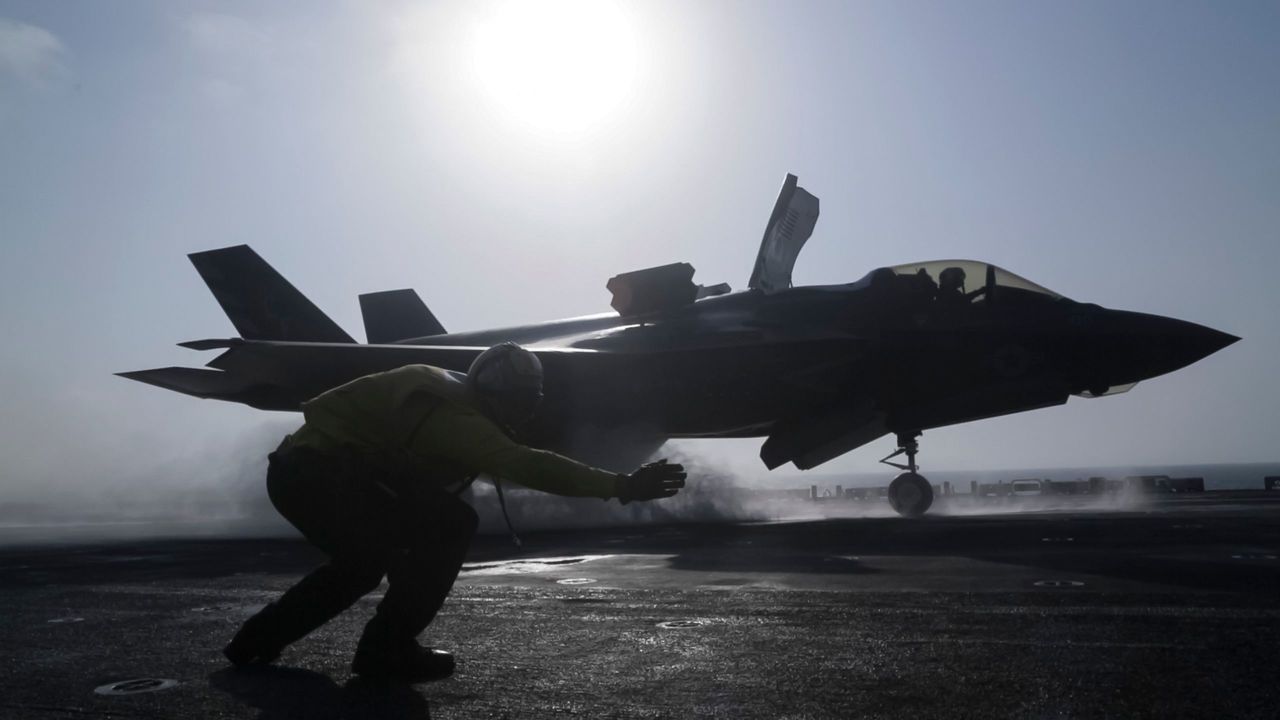 Take the Leopard 2 main battle tank, made by Germany’s Krauss-Maffei and considered by many to be the world’s best. Despite that reputation, the Germans lost out to South Korea when NATO ally Poland recently ordered nearly 1,000 new tanks. While price was one factor, political uncertainty was another, according to a person familiar with the decision, citing Berlin’s decision to block the sale of decommissioned infantry fighting vehicles and battle tanks to Ukraine.

Europe’s main bugaboo these days when it comes to the U.S. involves a set of green subsidies introduced by the Biden administration that benefit American companies.

One of French President Emmanuel Macron’s top priorities during his state visit to Washington this week will be to water down provisions in Biden’s Inflation Reduction Act (IRA), a sweeping legislative initiative covering everything from climate to health. European officials describe it as a reincarnation of the Smoot-Hawley act, a catalogue of tariffs in Washington introduced in 1930 that historians blame for worsening the Great Depression.

The Europeans fear the generous “Made in the U.S.A.” subsidies will undermine their industry and are threatening a trade war.

The inconvenient truth, however, is that Europeans are having difficulty getting their own companies to invest at home because governments have placed more emphasis on subsidizing household gas bills than helping the region’s industry weather the crisis.

“Europe is not cost-competitive in many areas, in particular, when it comes to the costs of electricity and gas,” Thomas Schäfer, who runs the Volkswagen brand, said in a post on social media slamming Europe’s industrial policy.

“If we don’t succeed in quickly lowering energy prices in Germany and Europe, then investments in energy-intensive production, or for new battery cell factories, in Germany and across the EU will no longer be feasible,” he said.

Still, ask around Berlin’s government quarter what’s really holding Germany’s economy back these days and the answer is clear.

The sad reality is that the Biden administration probably didn’t even consider Europe when it decided on the subsidies.

That fact alone should give Europeans pause. 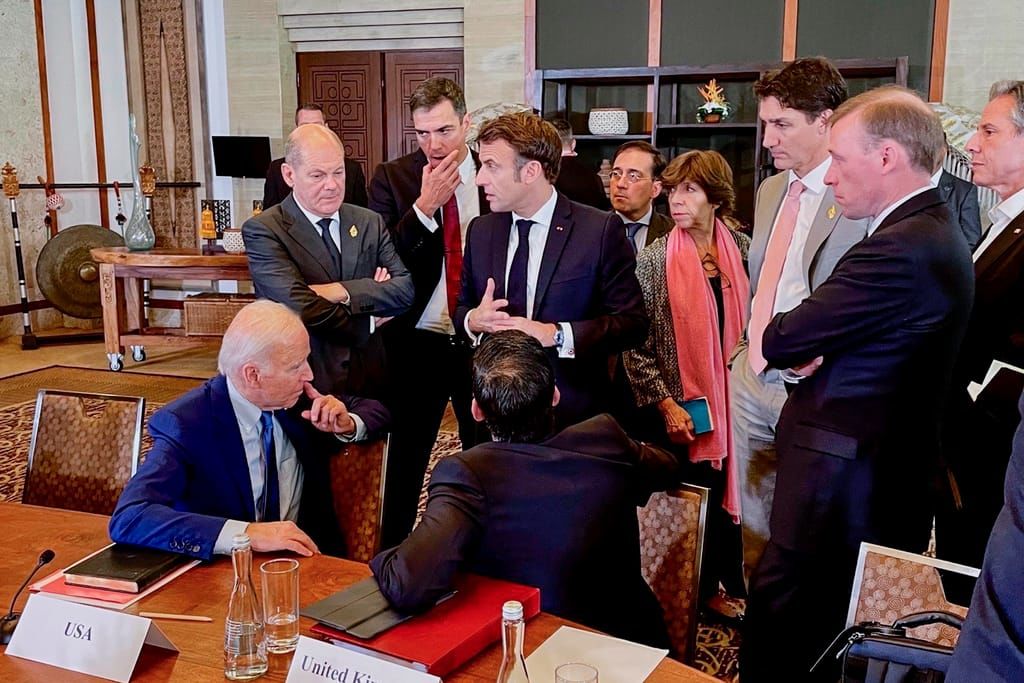 Europe has become more dependent on the U.S. than it has been since the Cold War

When it comes to innovation, Europe is a desert. There is no European Apple, Google or Tesla. Indeed, Tesla’s market value is four times higher than the entire German auto industry.

That’s why it’s difficult not to conclude that Europe’s blame game is really about something else — envy.

Despite America’s political divisions, the country has never been stronger in terms of its military might or its economic muscle.

Europe, meanwhile, has become more dependent on the U.S. than it has been since the Cold War, a circumstance that is fueling both resentment and the blame game.

In Germany, a book titled “Ami, It’s Time to Go!” (Ami is German slang for Americans) has become a bestseller. The author is Oskar Lafontaine, a former finance minister who once led the Social Democrats before breaking with the party.

“We have to free ourselves from the tutelage of the U.S.A.,” Lafontaine writes, describing America as the root of most evil and arguing that Europe needs to blaze its own path.

Judging by the past century, Europeans would be wise to ignore him and accept that they only have themselves to blame for their current malaise.